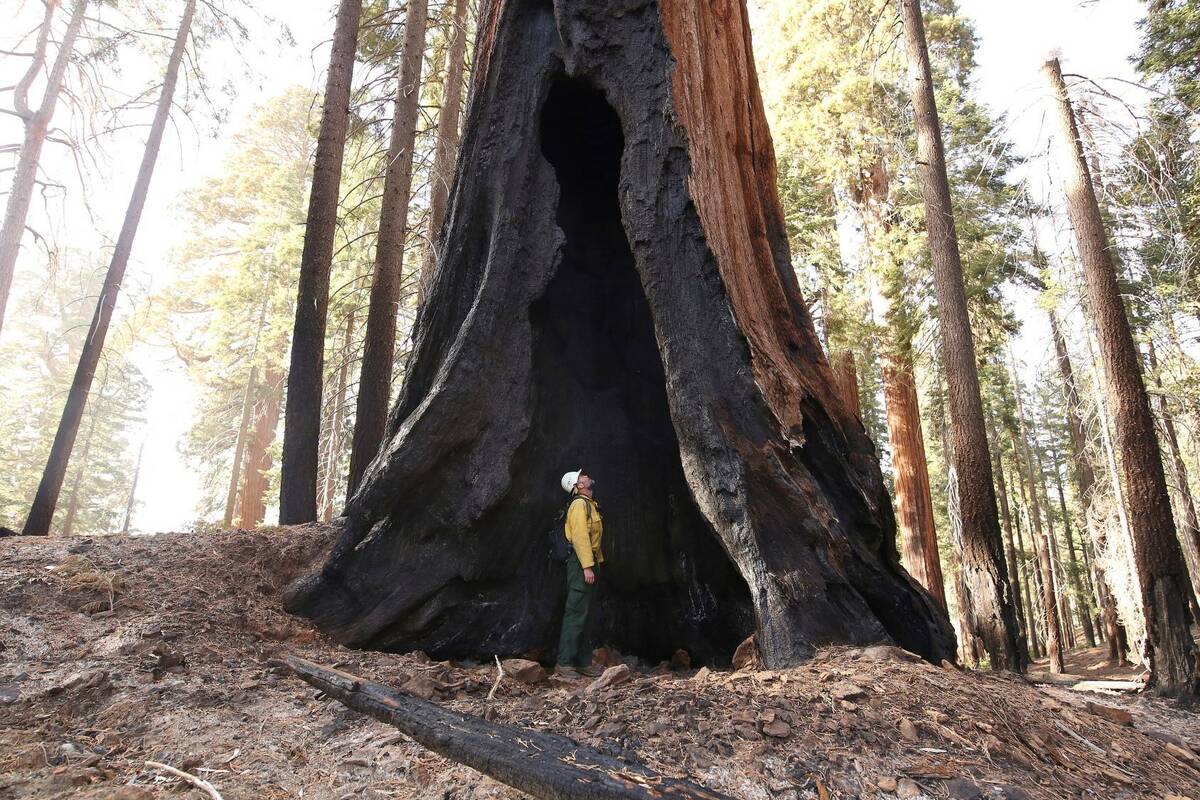 Assistant Fire Manager Leif Mathiesen, of the Sequoia & Kings Canyon Nation Park Fire Service, looks for an opening in the burned-out redwood tree from the Redwood Mountain Grove which was devastated by the KNP Complex fires earlier in the year in the KingsCanyon National Park, Calif., Friday, Nov. 19, 2021. (AP Photo/Gary Kazanjian) 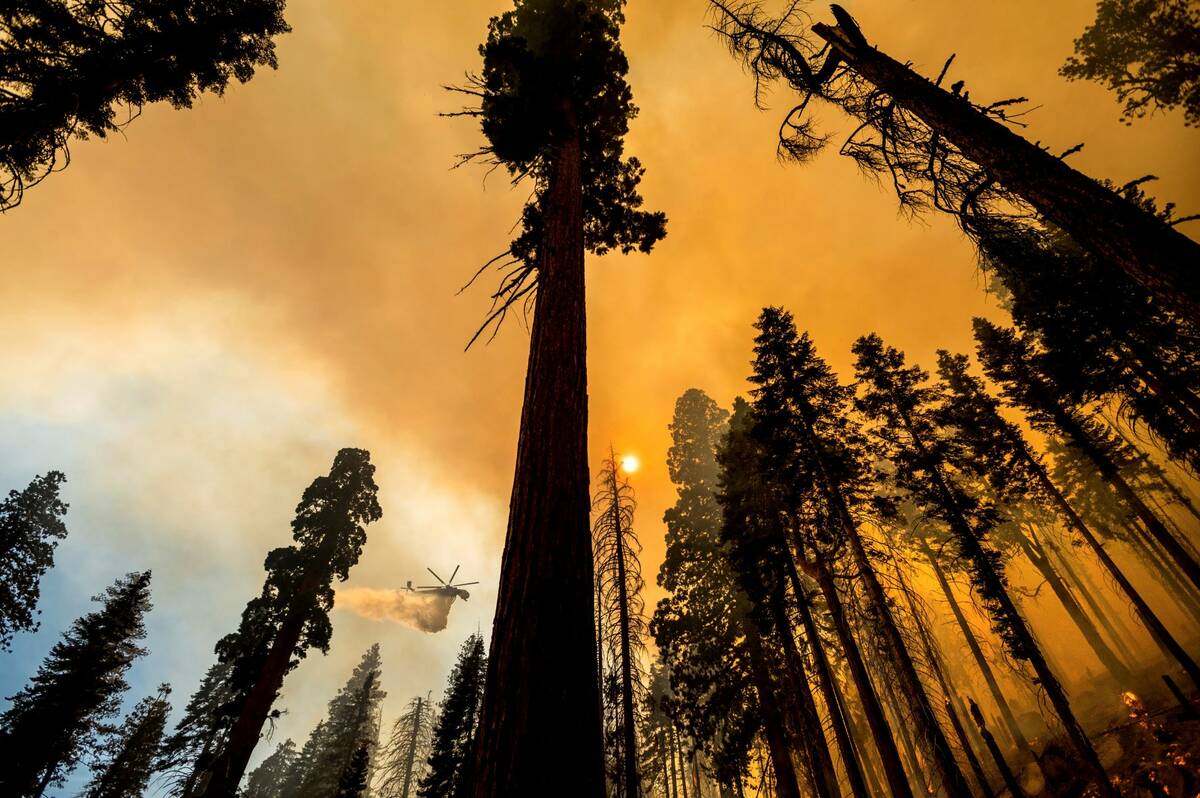 A helicopter drops water on the Windy Fire burning in the Trail of 100 Giants grove of Sequoia National Forest, Calif., in September 2021. (AP Photo/Noah Berger) 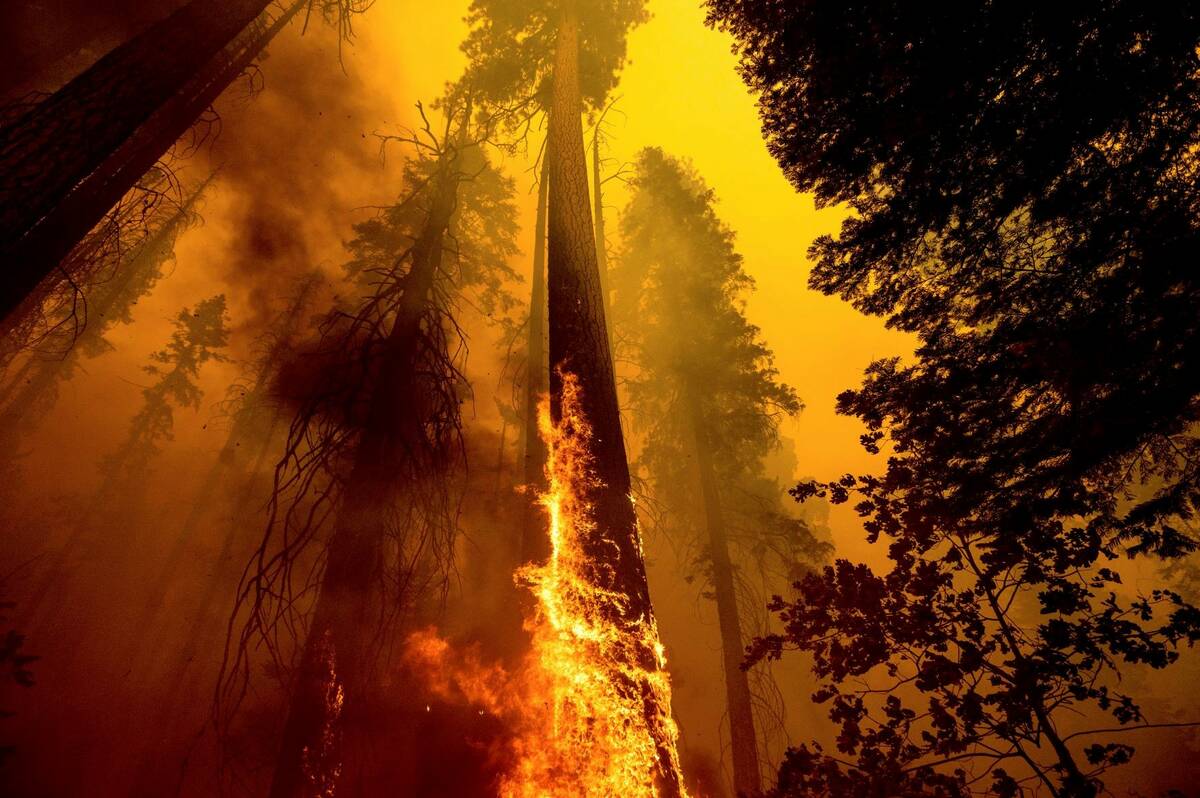 Flames burn up a tree as part of the Windy Fire in the Trail of 100 Giants grove in Sequoia National Forest, Calif., on Sept. 19, 2021. (AP Photo/Noah Berger)

LOS ANGELES — Lightning-sparked wildfires killed thousands of giant sequoias this year, adding to a staggering two-year death toll that accounts for up to nearly a fifth of Earth’s largest trees, officials said Friday.

Fires in Sequoia National Park and the surrounding national forest that also bears the trees’ name tore through more than a third of groves in California and torched an estimated 2,261 to 3,637 sequoias, which are the largest trees by volume.

Wildfires in the same area last year killed an unprecedented 7,500 to 10,400 giant sequoias that are only native in about 70 groves scattered along the western side of the Sierra Nevada range. Total losses account for 13% to 19% of the 75,000 sequoias greater than 4 feet in diameter.

Blazes so intense to burn hot enough and high enough to kill so many giant sequoias — trees once considered nearly fire-proof — puts an exclamation point on the impact of climate change. A warming planet that has created hotter droughts combined with a century of fire suppression that left forests choked with thick undergrowth have fueled flames that have sounded the death knell for trees that date back to ancient civilizations.

“The sobering reality is that we have seen another huge loss within a finite population of these iconic trees that are irreplaceable in many lifetimes,” said Clay Jordan, superintendent of Sequoia and Kings Canyon National Parks. “As spectacular as these trees are we really can’t take them for granted. To ensure that they’re around for our kids and grandkids and great grandkids, some action is necessary.”

California has seen its largest fires in the past five years, with last year setting a record for most acreage burned. So far, the second-largest amount of land has burned this year.

Losses of the trees this year might have been worse if not for heavy rainfall and snow Oct. 25 that helped slow the fire’s advance. The fires last year burned from August to January.

After last year’s Castle and SQF Complex fires took officials by surprise — and drove some tree lovers to tears — extraordinary measures were taken to save the largest and oldest trees this year.

The General Sherman tree — the largest living thing on earth — and other ancient trees that are the backdrop for photos that rarely capture the grandeur and scale of the giant sequoias was wrapped in a foil blanket.

A type of fire-retardant gel, similar to that used as absorbent in baby’s diapers, was dropped on tree canopies that can exceed 200 feet (60 meters) in height. Sprinklers watered down trunks and flammable matter was raked away from trees.

The measures spared the Giant Forest, the premiere grove of massive trees in the park, but the measures couldn’t be deployed everywhere.

The bulk of the Suwanee grove in the park burned in extreme fire in the Marble Fork of the Kaweah River drainage. The Starvation Complex of groves in Sequoia National Forest was largely destroyed, based on estimates of how much burned at high-severity.

The greatest amount of damage was done in the Redwood Mountain Grove, the second-largest in the world, in adjacent Kings Canyon National Park. The inferno became so intense it created its own weather, sending a fire cloud high in the sky and whipping up 60 mph (97 kph) winds.

A fire ecologist accurately predicted the areas that would burn hottest, but there was nothing that could be done to save trees in that grove in such erratic conditions, said Christy Brigham, chief of resource management and science for the parks.

“That’s even more heartbreaking to me that we knew it and we couldn’t take action to protect it,” Brigham said.

Groves with the worst damage stand like timber graveyards with blackened trunks soaring high into the sky. Canopies have faded from vibrant green to a rusty shade. Many of the trees are expected to perish in three to five years.

In 2013, the park had done climate modeling that predicted extreme fires wouldn’t jeopardize sequoias for another 50 years, Brigham said. But that was at the start of what became a punishing five-year drought that essentially broke the model.

Amid the drought in 2015, the park saw giant sequoias torched for the first time. Two fires in 2017 killed more giant sequoias. Just over 200 giant sequoias were killed in the fires that served as a warning for what was to come.

“Then the Castle Fire happened and it was like, ‘Oh, my God,’” Brigham said. “We went from the warning sign to hair on fire. To lose 7,000 trees in one fire is crazy.”

A full mortality count from last year’s fire is still not available because crews in the forest were in the process of confirming how many trees died when lightning struck Sept. 9, igniting the Windy Fire in Sequoia National Forest and two fires that merged to become the SQF Complex in the park, Brigham said.

Not all the news in the park’s report on the fires was bleak.

While flames burned into 27 groves and large numbers of trees were incinerated, a lot of low-intensity fire that sequoias need to thrive will clear out vegetation and the heat from flames will open cones so they can spread their seeds.

There was also less damage in many of the groves where the park has routinely used prescribed fire to clear out accumulated vegetation under cooler and more humid conditions that help control the blaze. The fires emphasized the need to expand that work and, where that’s too risky, begin thinning forests, Jordan said.

However, areas where fire burned so hot that seeds were killed and trees can’t regenerate may need additional help. For the first time, the park is considering planting seedlings to preserve the species.

“I’m not ready to give up on giant sequoias,” Brigham said. “This is a call to action to better protect the remaining old growth and make our Sierra Nevada forests wildfire resilient, because the fire’s coming.”

If seedlings are planted, though, it will take hundreds of years to replace the trees that were lost. 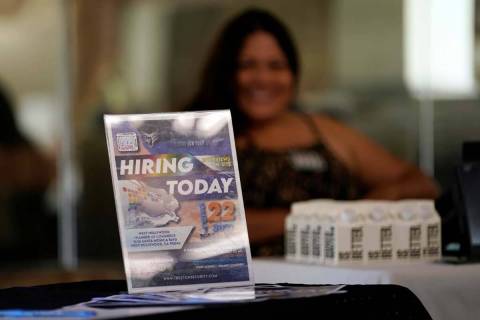 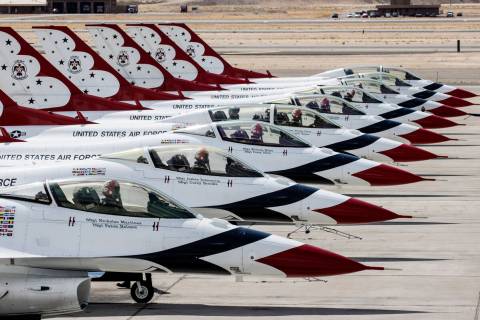 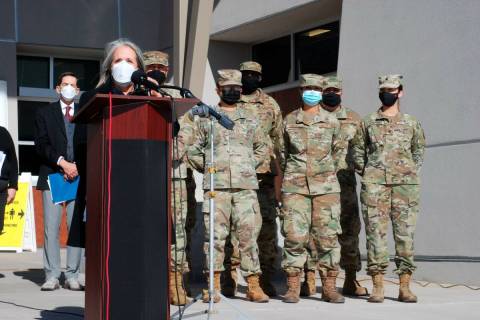 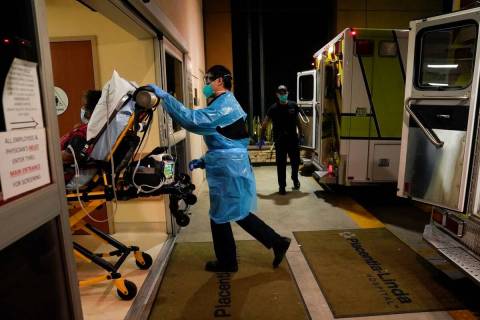 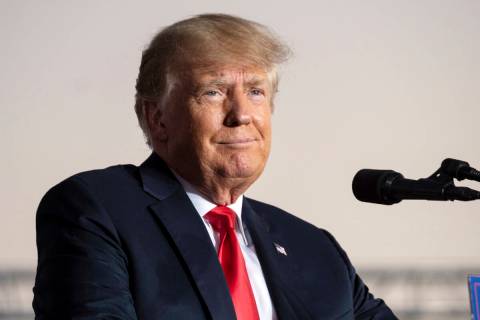 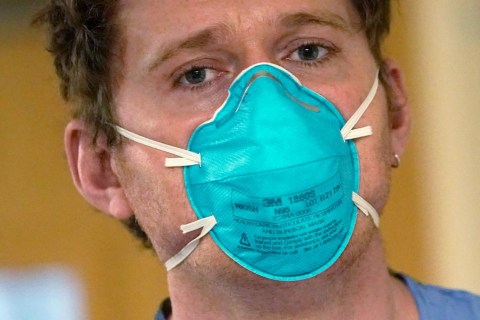 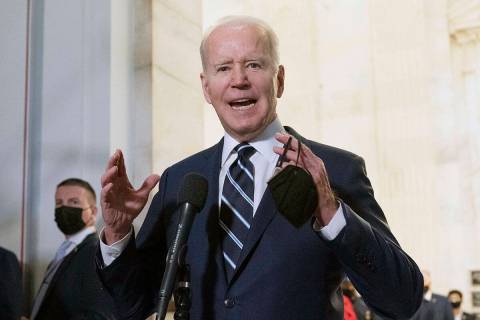 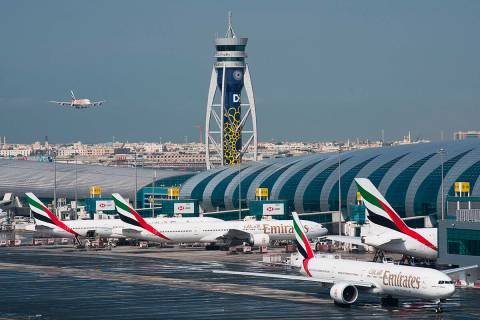 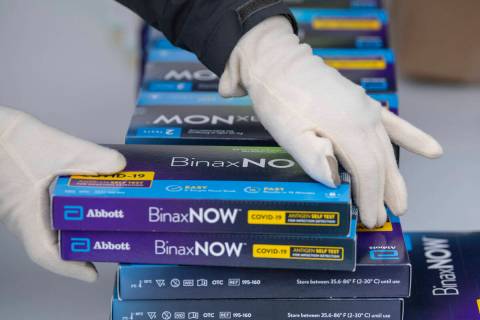 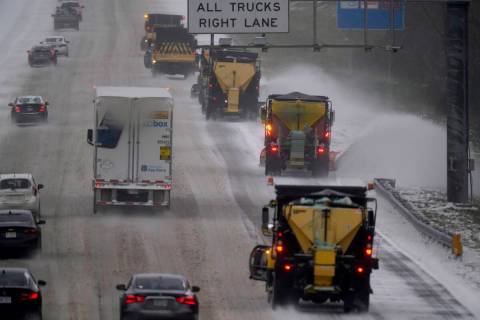