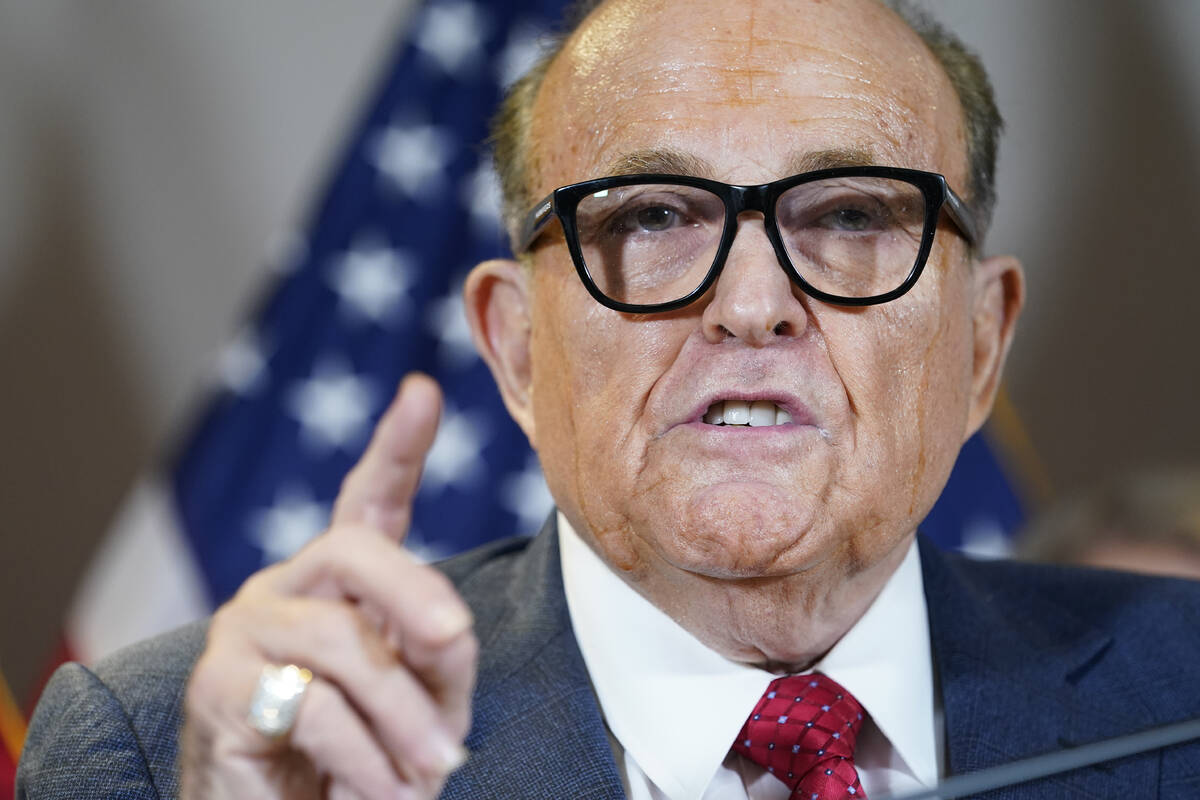 Former New York Mayor Rudy Giuliani, a lawyer for President Donald Trump, speaks during a news conference at the Republican National Committee headquarters, Nov. 19, 2020, in Washington. A lawyer for Giuliani says he will not appear as scheduled Tuesday, Aug. 9, 2022, before a special grand jury in Atlanta that's investigating whether former President Donald Trump and others illegally tried to interfere in the 2020 general election in Georgia. (AP Photo/Jacquelyn Martin, File) 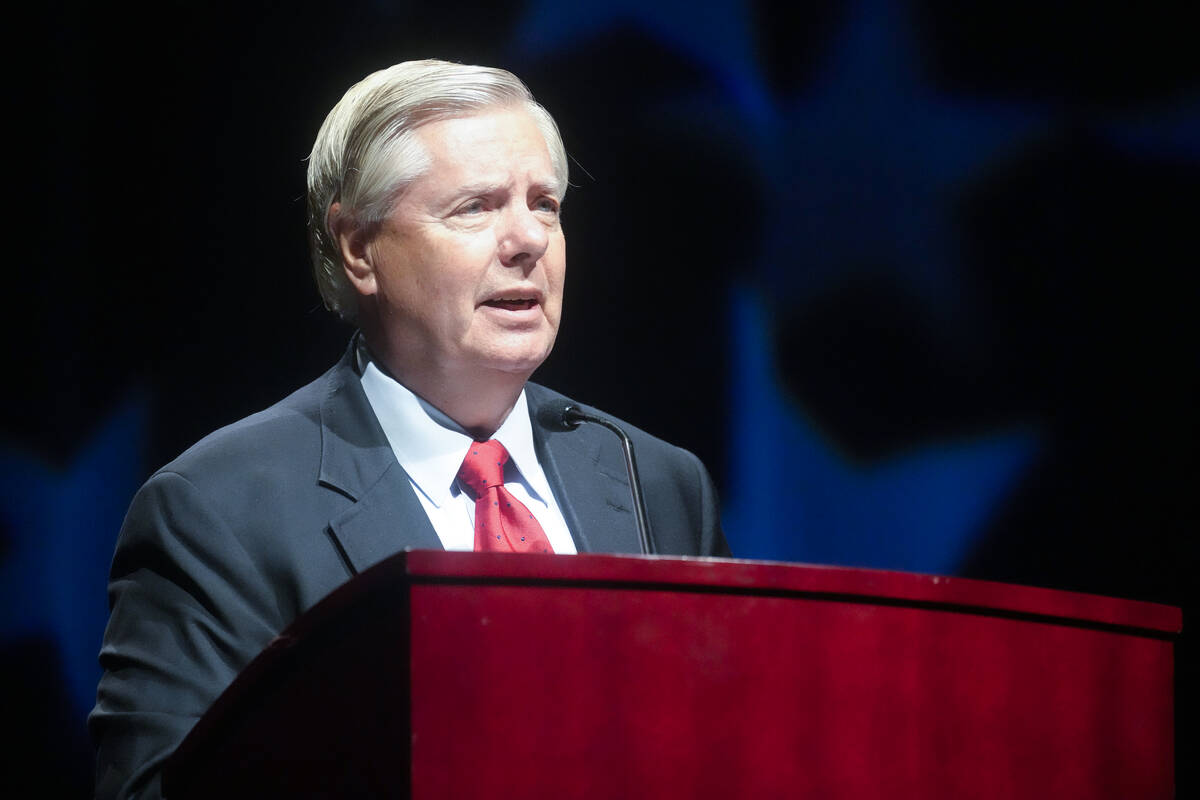 ATLANTA — Prosecutors in Atlanta on Monday told lawyers for Rudy Giuliani that he’s a target of their criminal investigation into possible illegal attempts by then-President Donald Trump and others to interfere in the 2020 general election in Georgia, one of Giuliani’s lawyers said Monday.

Fulton County District Attorney Fani Willis opened the investigation last year, and a special grand jury was seated in May at her request. County Superior Court Judge Robert McBurney, who’s overseeing the special grand jury, has instructed Giuliani to appear before the panel to testify on Wednesday.

Willis’s investigation was spurred by a phone call between Trump and Georgia Secretary of State Brad Raffensperger. During that January 2021 conversation, Trump suggested that Raffensperger could “find” the votes needed to overturn his narrow loss in the state.

It has also become clear that the district attorney is interested in Georgia legislative committee hearings that were held in December 2020 where Giuliani appeared and spread false claims of election fraud in Atlanta’s Fulton County.

Willis last month filed petitions seeking to compel testimony from seven Trump associates and advisers. Because they don’t live in Georgia, she had to use a process that involves asking a judge in the states where they live to order them to appear.

In a petition seeking Giuliani’s testimony, Willis identified him as both a personal attorney for Trump and a lead attorney for his campaign. She wrote that he and others appeared at a state Senate committee meeting and presented a video that Giuliani said showed election workers producing “suitcases” of unlawful ballots from unknown sources, outside the view of election poll watchers.

Within 24 hours of that Dec. 3, 2020, hearing, Raffensperger’s office had debunked the video. But Giuliani continued to make statements to the public and in subsequent legislative hearings claiming widespread voter fraud using the debunked video, Willis wrote.

Evidence shows that Giuliani’s hearing appearance and testimony “was part of a multi-state, coordinated plan by the Trump Campaign to influence the results of the November 2020 election in Georgia and elsewhere,” the petition says.

Also Monday, a federal judge said U.S. Sen. Lindsey Graham must testify before a special grand jury in Atlanta that is investigating whether then-President Donald Trump and his allies broke any laws while trying to overturn his narrow 2020 general election loss in the state.

Attorneys for Graham, R-S.C., had argued that his position as a U.S. senator provided him immunity from having to appear before the investigative panel and asked the judge to quash his subpoena. But U.S. District Judge Leigh Martin May wrote in an order Monday that immunities related to his role as a senator do not protect him from having to testify. Graham’s subpoena instructs him to appear before the special grand jury on Aug. 23, but his office said Monday he plans to appeal to the 11th U.S. Circuit Court of Appeals.

Prosecutors have indicated they want to ask Graham about phone calls they say he made to Georgia Secretary of State Raffensperger and his staff in the weeks following Trump’s election loss to Democrat Joe Biden.

Graham had argued that a provision of the Constitution provides absolute protection against a senator being questioned about legislative acts. But the judge found there are “considerable areas of potential grand jury inquiry” that fall outside that provision’s scope. The judge also rejected Graham’s argument that the principle of “sovereign immunity” protects a senator from being summoned by a state prosecutor.

May, the judge, last month rejected a similar attempt by U.S. Rep. Jody Hice, R-Ga., to avoid testifying before the special grand jury. Former New York mayor and Trump attorney Rudy Giuliani had argued he couldn’t travel to Atlanta to testify because of health issues, but Fulton County Judge McBurney instructed him to appear on Wednesday.

Graham’s office said in a statement Monday that the senator disagrees with the judge’s interpretation of the provision of the Constitution he believes protects him from being questioned by a state official. His lawyers have said that he was making inquiries that were clearly part of his legislative duties, related to certification of the vote and to the proposal of election-related legislation.

But the judge wrote that that ignores “the fact that individuals on the calls have publicly suggested that Senator Graham was not simply engaged in legislative factfinding but was instead suggesting or implying that Georgia election officials change their processes or otherwise potentially alter the state’s results.”

In calls made shortly after the 2020 general election, Graham “questioned Raffensperger and his staff about reexamining certain absentee ballots cast in Georgia in order to explore the possibility of a more favorable outcome for former President Donald Trump,” Willis wrote in a petition.

Graham also “made reference to allegations of widespread voter fraud in the November 2020 election in Georgia, consistent with public statements made by known affiliates of the Trump Campaign,” she wrote.

Republican and Democratic state election officials across the country, courts and even Trump’s attorney general found there was no evidence of any voter fraud sufficient to affect the outcome of his 2020 presidential election loss.

Trump-allied lawmakers were planning to challenge the tallies from several battleground states when Congress convened on Jan. 6, 2021, to certify the results under the Electoral Count Act, but after the Capitol attack that day Georgia’s tally was never contested.

Trump has denied any wrongdoing and has described his call to Raffensperger as “perfect.”

4
Man with rifle shot, killed by police in his own yard, neighbors say 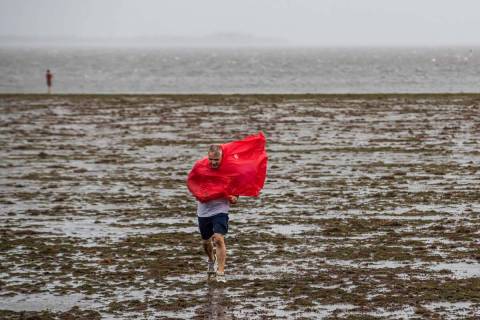 Hurricane Ian left a path of destruction in southwest Florida. 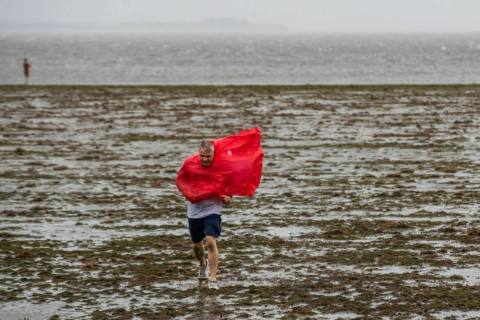 Hurricane Ian, one of the most powerful storms ever recorded in the U.S., swamped southwest Florida on Wednesday. 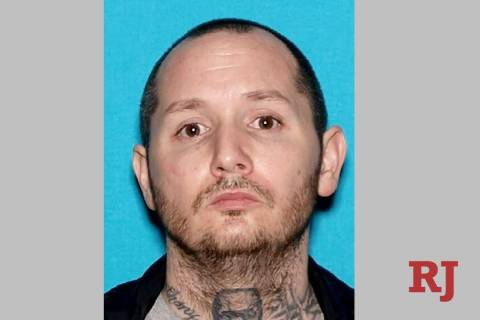 A Southern California man suspected of killing his estranged wife and abducting their 15-year-old daughter had been living with the teenager out of his pickup truck and hotels for weeks before the violence, authorities said Wednesday. 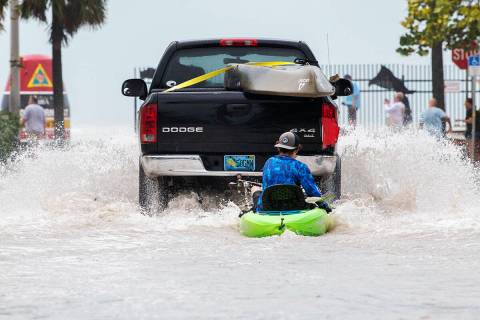 Ian, one of strongest hurricanes ever, swamps Florida
By Curt Anderson The Associated Press

Hurricane Ian made landfall in southwest Florida near Cayo Costa on Wednesday as a catastrophic Category 4 storm. 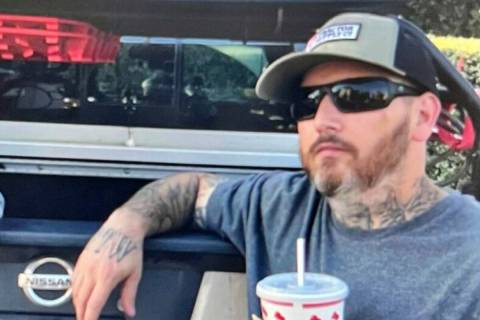 An abducted 15-year-old girl and her father — a fugitive wanted in the death of the teen’s mother — were both killed amid a shootout with law enforcement Tuesday on a highway in California’s high desert, authorities said. 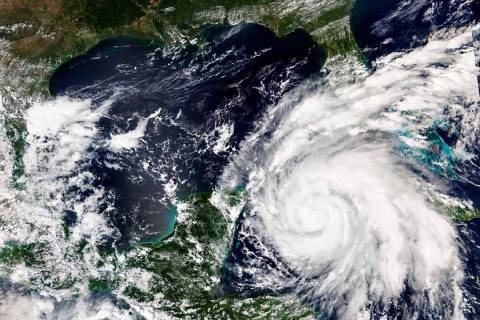 Hurricane Ian tore into western Cuba on Tuesday as a major hurricane, with nothing to stop it from intensifying into a catastrophic Category 4 storm before it hits Florida on Wednesday. 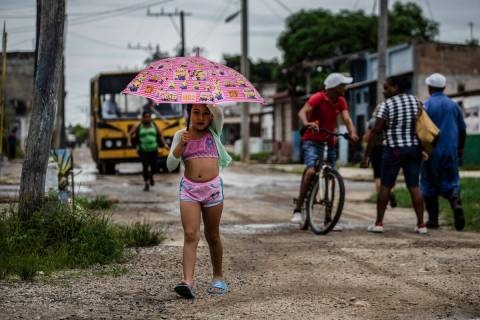 Tampa and St. Petersburg appeared to be the among the most likely targets for their first direct hit by a major hurricane since 1921. 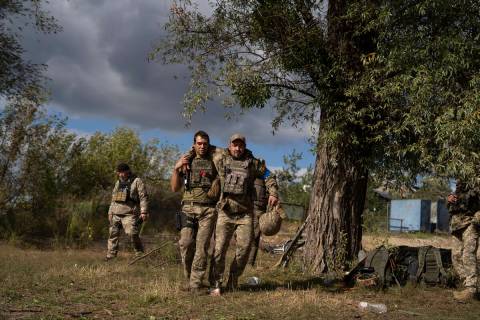 Ukrainian President Volodymyr Zelenskyy also said he’s bracing for more Russian strikes on Ukraine’s electrical infrastructure, as the Kremlin seeks to ramp up the pressure on Ukraine and its Western backers as the weather gets colder. 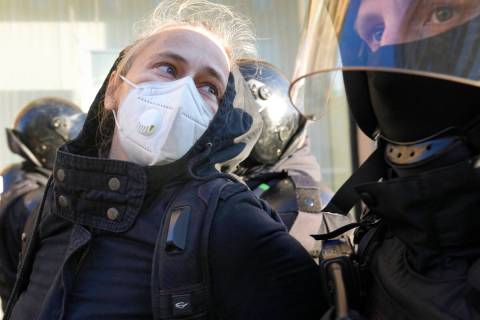 For Ukrainian and Russian military planners, the clock is ticking, with the approach of winter expected to make fighting more complicated. 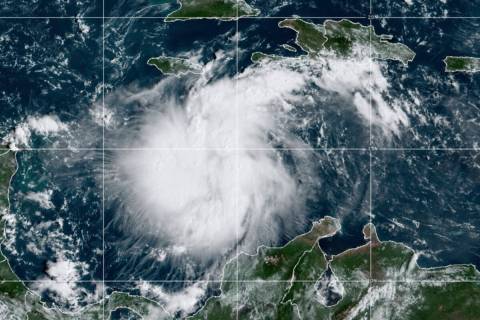 Gov. DeSantis had initially issued the emergency order for two dozen counties, but expanded the warning to the entire state, urging residents to prepare for a storm that could lash large swaths of Florida.