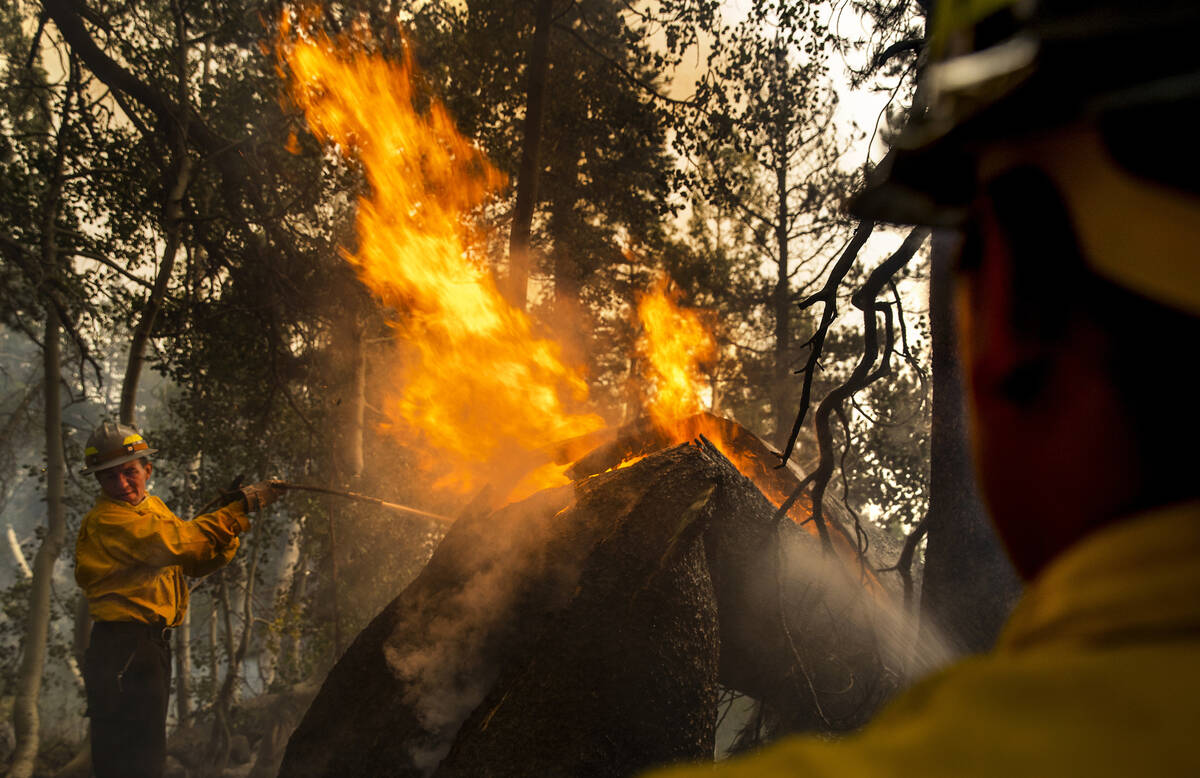 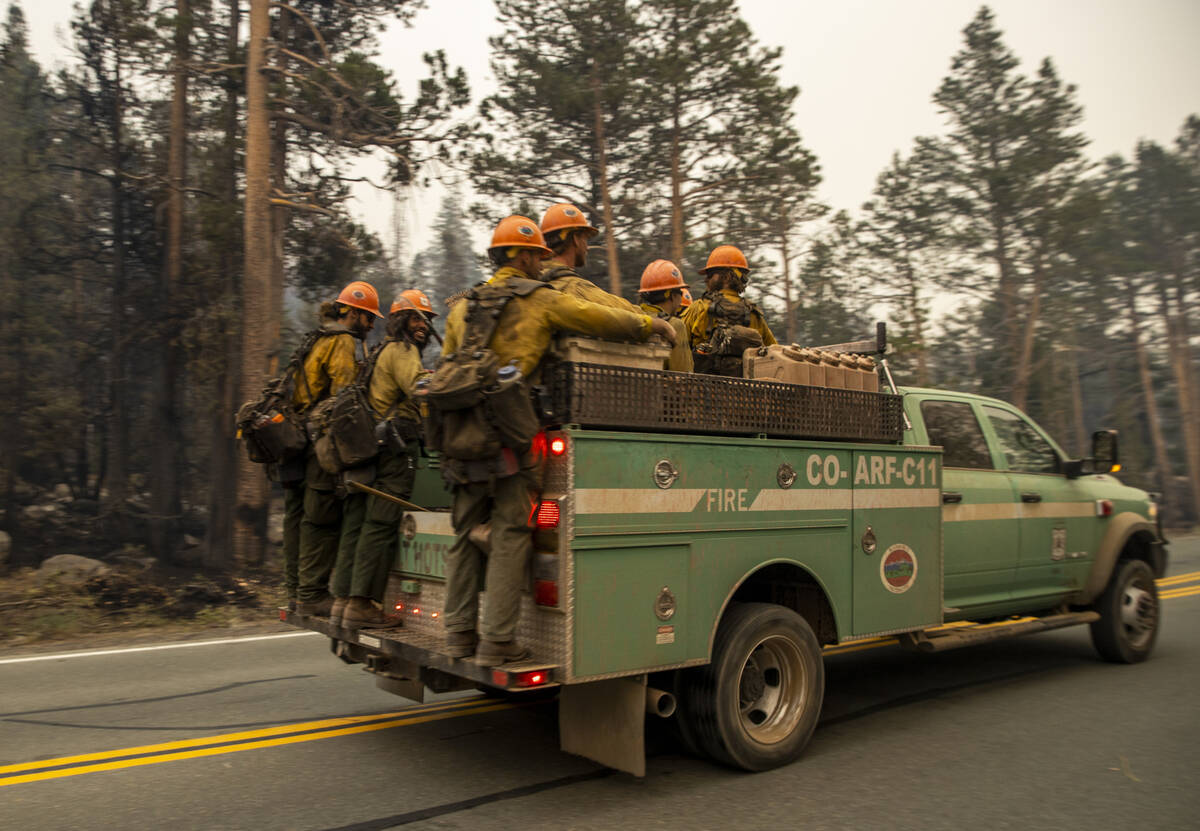 SOUTH LAKE TAHOE, Calif. — The interior of California was very hot and dry Wednesday and the forecast called for a risk of fire-starting dry lightning as thousands of firefighters already have their hands full with wildland blazes that have been burning for weeks.

A National Weather Service heat advisory stretched down the Central Valley and through inland Southern California, with an excessive heat warning extending eastward across the desert into Nevada.

The state energy grid operator called for voluntary conservation of electricity from 4-9 p.m. because of expected high demand for air conditioning.

A fire weather watch was issued for Thursday evening through Friday evening in much of the interior of Northern California due to a weather system that is expected to bring a chance of thunderstorms with lightning and erratic gusts.

“The combination of possible dry lightning as well as strong winds with the dry fuels could lead to critical fire weather conditions,” forecasters wrote.

Nearly 15,000 firefighters were making progress on 14 major wildfires and several smaller new fires, the California Department of Forestry and Fire Protection said. They include three of the state’s 20 largest fires on record.

In the northern Sierra Nevada and southern Cascades region, the second-largest fire in California history has scorched nearly 1,441 square miles. The Dixie Fire was 59% contained and evacuation warnings were lifted in some areas of Lassen and Plumas counties. More than 1,280 structures have been destroyed, including 688 individual homes.

To the south in the Sierra near Lake Tahoe, the nearly 340-square-mile Caldor Fire remained 50% contained. Firefighters have had enough success against the state’s 15th-largest fire that residents of the city of South Lake Tahoe were allowed to return home last weekend. With inspections 95% completed, nearly 1,000 structures have been counted destroyed, including 776 single-family homes.

In the mountains of the far north coast, the state’s 18th-largest fire has ravaged nearly 296 square miles of the Shasta-Trinity National Forest. The Monument Fire was 41% contained but remained a threat to more than 10,500 structures.

California has experienced increasingly larger and deadlier wildfires in recent years as climate change has made the U.S. West much warmer and drier over the past 30 years. Scientists have said weather will continue to be more extreme and wildfires more frequent, destructive and unpredictable. 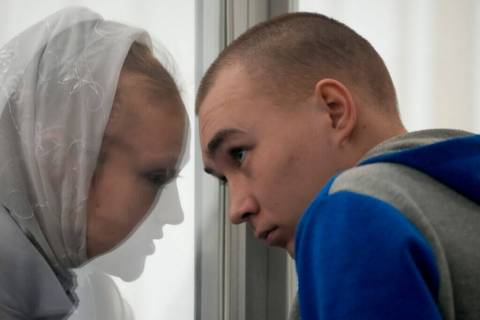 A Ukrainian court sentenced a 21-year-old Russian soldier to life in prison Monday for killing a civilian. 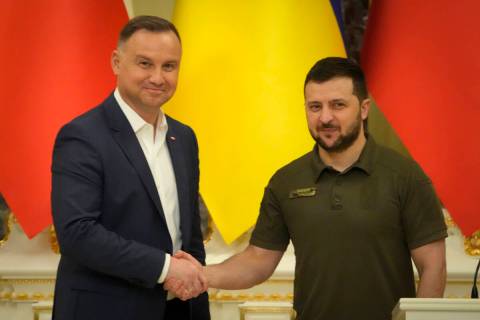 “Unfortunately, in Europe there have also been disturbing voices in recent times demanding that Ukraine yield to Putin’s demands,” he said. “I want to say clearly: Only Ukraine has the right to decide about its future.” 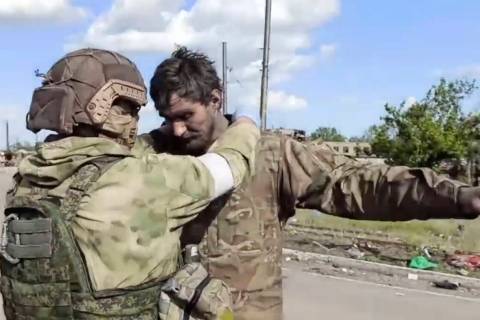 Denis Pushilin, the pro-Kremlin head of an area of eastern Ukraine controlled by Moscow-backed separatists, claimed that 2,439 people were in custody. 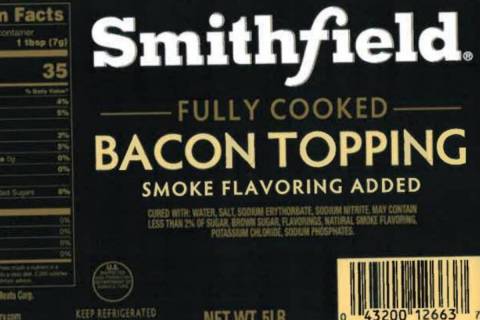 An Iowa company has recalled about 185,610 pounds of ready-to-eat bacon topping products that might be contaminated with metal. 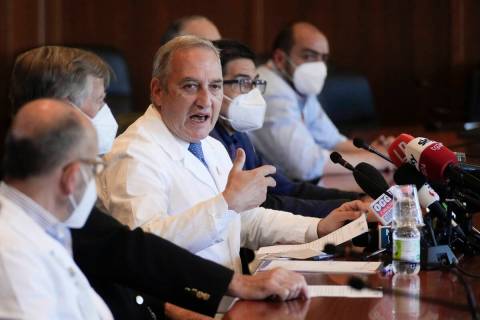 France, Germany, Belgium and Australia confirmed their first cases of monkeypox on Friday. 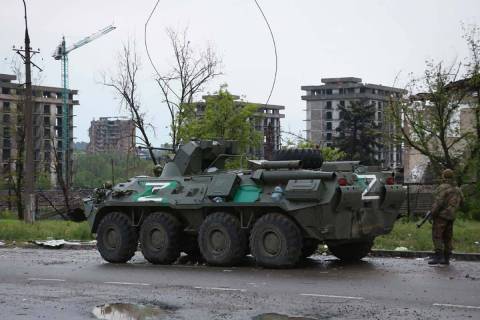 Ukrainian authorities said Friday that their troops repelled a Russian attack in the east, as Moscow struggled to gain ground in the region that is now the focus of the war even as it intensified its campaign there. 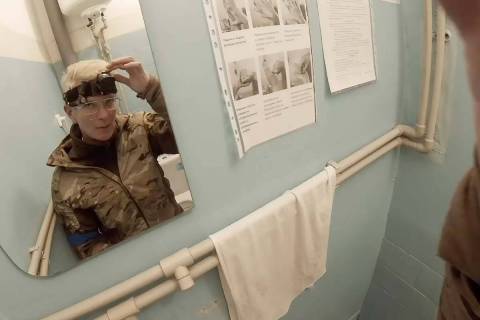 A celebrated Ukrainian medic recorded her time in Mariupol on a data card no bigger than a thumbnail, smuggled out to the world in a tampon. 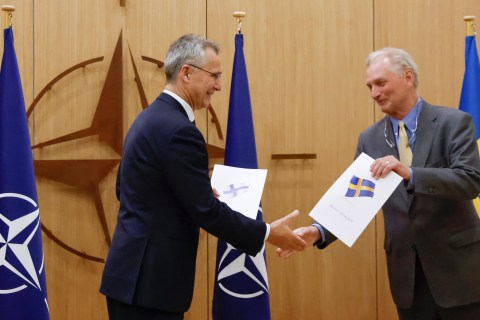 NATO envoys failed to reach a consensus on Wednesday about whether to start membership talks with Finland and Sweden, diplomats said. 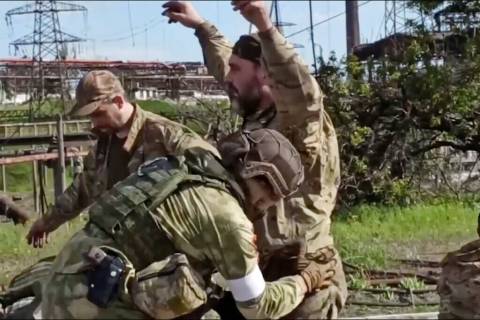 Russia said Wednesday that nearly 1,000 Ukrainian troops at a giant steelworks in Mariupol have surrendered, abandoning their dogged defense of a site that became a symbol of their country’s resistance. 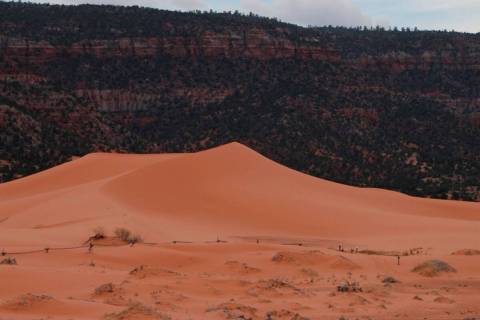 A 13-year-old Utah boy has died a day after a sand dune he was digging in collapsed and buried him at a state park.