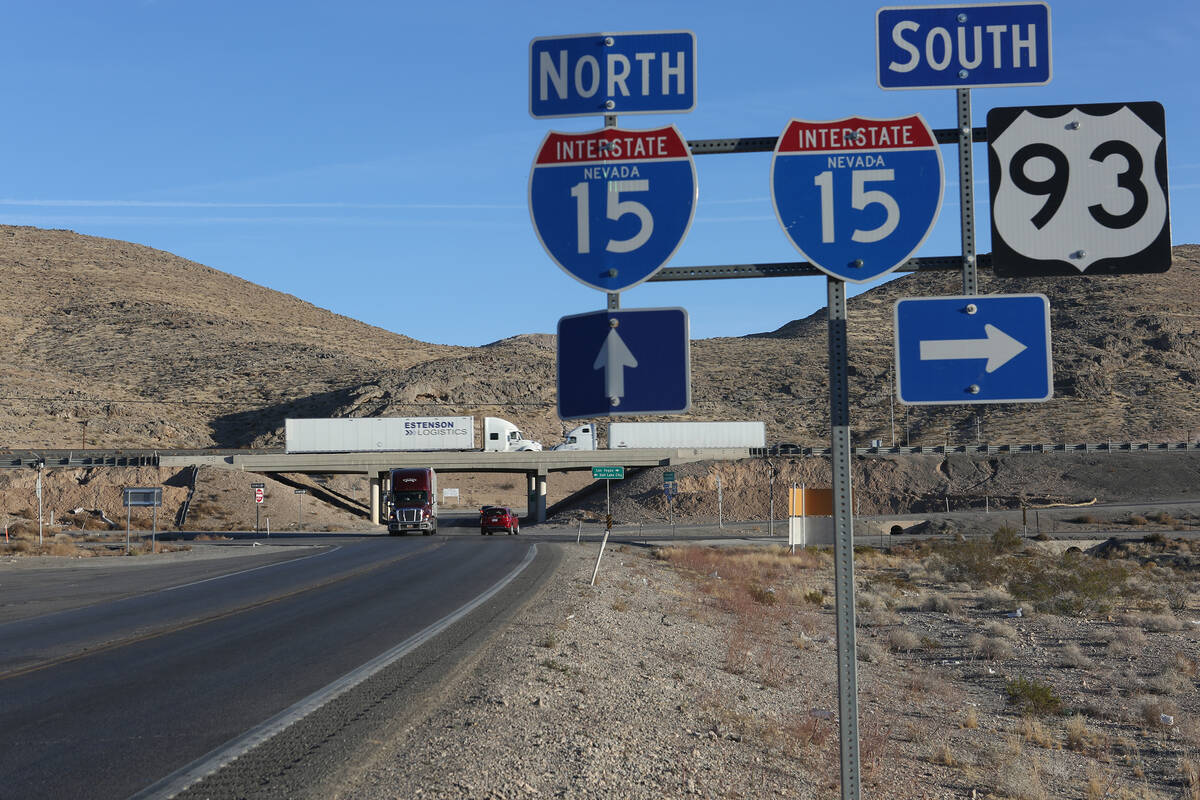 The intersection of Interstate 15 and U.S. Route 93 in Nevada is the proposed site of a new interchange to improve safety and enhance mobility for the Apex Industrial Park in North Las Vegas as seen on Thursday, Dec. 28, 2017. Michael Quine/Las Vegas Review-Journal @Vegas88s 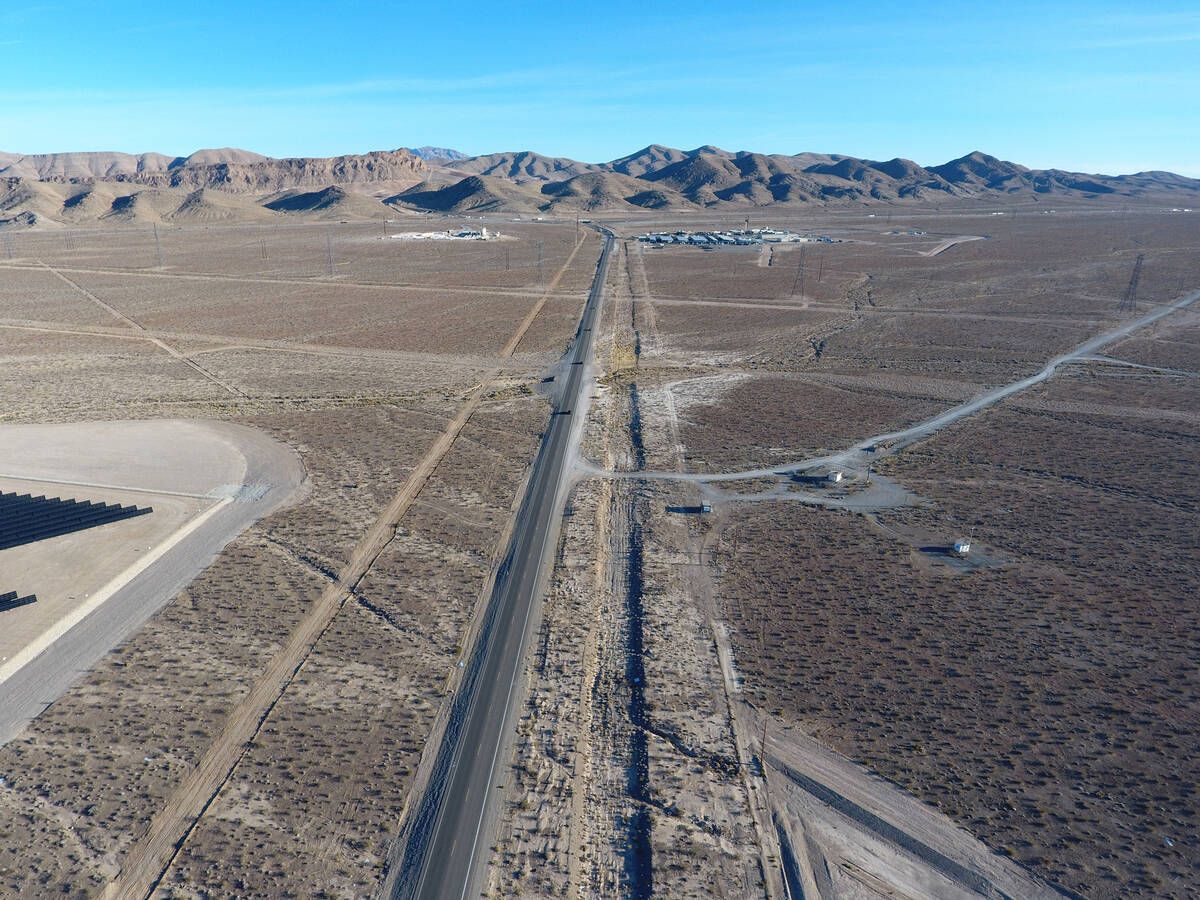 U.S. Route 93 in Nevada seen below on Thursday, Dec. 28, 2017 will soon have a new interchange at the intersection of Interstate 15 to improve safety and enhance mobility for the Apex Industrial Park in North Las Vegas. Michael Quine/Las Vegas Review-Journal @Vegas88s

The final phase of a yearslong, multiple-stage widening of the Interstate 15 north corridor is set to get underway this year.

Work is planned to begin in May on the 10-mile stretch of I-15 from Speedway Boulevard, near Las Vegas Motor Speedway, to the Garnet interchange near Apex, that is included in the project’s scope.

Nevada Department of Transportation officials estimate the project’s final phase will cost between $84.2 million and $100.2 million to complete.

“The goals of the project are to improve safety and travel time reliability and increase access to areas planned for development in North Las Vegas,” said Justin Hopkins, NDOT spokesman.

Last week, Las Vegas Paving was awarded the project contract with its $71.5 million bid, the lowest of interested companies. Its bid was much lower than the $83.89 million bid from California-based Security Paving Company and the $84.98 million bid from William Charles Inc. of Las Vegas.

Phase one of the project saw I-15 widened between the Spaghetti Bowl and Craig Road. The $242 million project completed in 2010, was a milestone for NDOT as it marked the first time the agency used a design-build contract for a major road project in the state. NDOT now regularly uses that format, which allows for work to begin on a project before the full design is complete, cutting down on work time.

Phase two of the project consisted of widening I-15 between Craig Road and Speedway Boulevard. The 5-mile stretch was expanded from two lanes in each direction to three. The $33.8 million project began in late 2016 and wrapped up in spring 2018.

The improvements will also benefit those who travel between the Las Vegas Valley and Utah and beyond. It opens up traffic heading out of densely populated Clark County into the more remote desert areas between Southern Nevada and Southern Utah.

Those people who travel between the two states also are dealing with another road project on I-15.

Further north on the interstate between Nevada and Utah, the Arizona Department of Transportation is in the midst of upgrading bridge No. 1 in Littlefield, Arizona.

The highway work occurring in the small town of Littlefield, located on a sliver of Arizona between Nevada and Utah, has traffic sharing the northern side of the bridge, as the southern side is being reconstructed.

“This configuration will remain for some time,” said ADOT spokesman Ryan Harding. “Oversize and overweight vehicles continue to use the 224-mile detour.”

The detour Harding alluded to is for any vehicle with a width of over 10 feet and a weight over 129,000 pounds. Vehicles that exceed those limits are required to take the 224-mile detour.

The lane restrictions on the I-15 in Arizona on Virgin Bridge No. 1 began in September as part of a $56 million bridge replacement project.

Motorists are cautioned to be prepared to stop and travel through the around-the-clock work zone, located between mileposts 8 and 9, with care.

I-15 is reduced to one lane in each direction across the bridge, with a limited speed of 45 mph in the work zone.

The restrictions are planned to be in place until spring 2023. 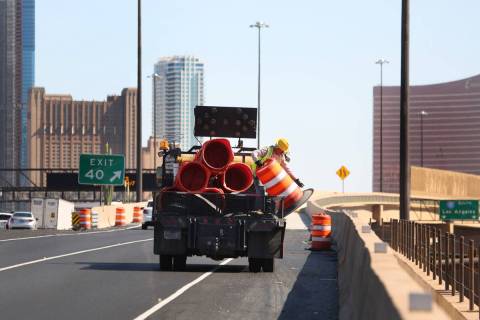 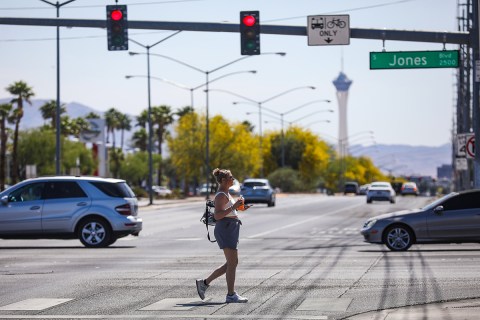 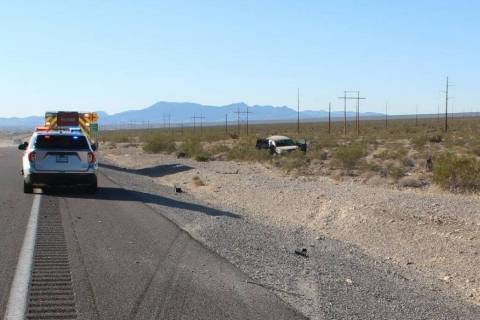