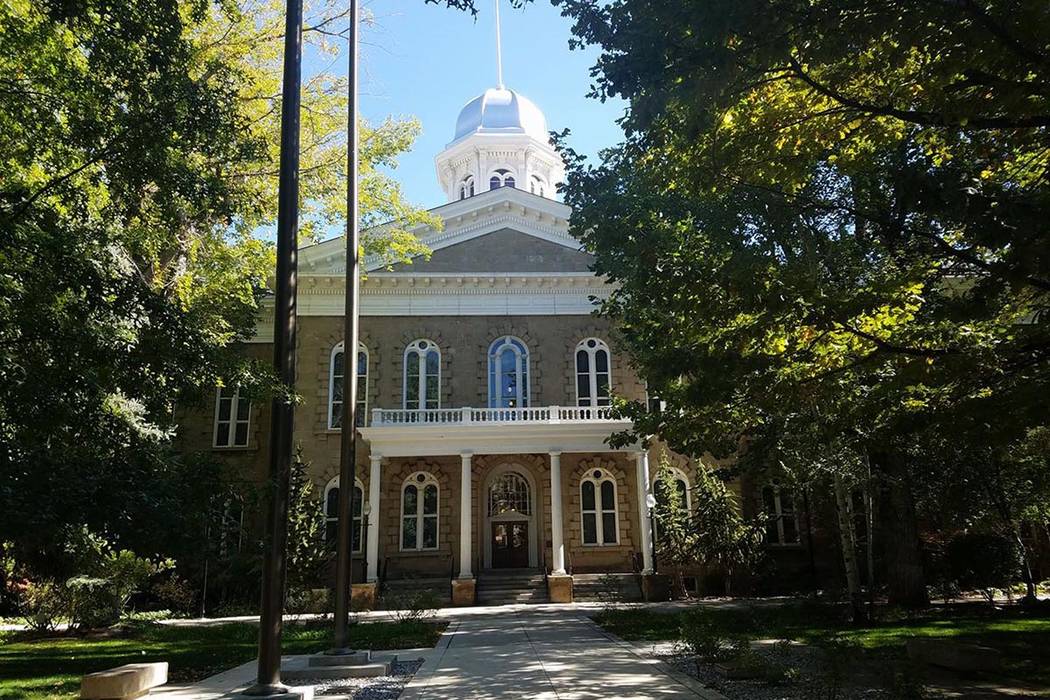 The Nevada Legislature will have committee hearings on legislation to legalize assisted suicide and the fingerprinting of school volunteers on Monday. (David Jacobs/Pahrump Valley Times)

CARSON CITY — Monday is the 22nd day of the Nevada Legislature’s 2019 session — there are 98 to go. It’s another deadline day for new legislation, so both chambers should see a healthy number of new bills hit the floor.

Also Monday are committee hearings on legislation to legalize assisted suicide and the fingerprinting of school volunteers.

Here’s a rundown on those bills and what else is scheduled for this week:

Physician-assisted suicide is the subject of Senate Bill 165, to be heard Monday in the Senate Committee on Health and Human Services. Legalizing the procedure made it halfway through the Legislature in 2017.

And an Assembly committee Monday is hearing a bill that would remove the five-year residency requirement for those over age 65 to be eligible for a free state parks pass.

On Wednesday, the Assembly Committee on Judiciary will hear a bill that would add 17 new district court judges — one family court judge in Washoe County, one district judge in Elko County and a total of 15 judges in Clark County, nine of them in family court. The positions would be filled by election in 2020.

Also Wednesday, the Nevada System of Higher Education will walk through 31 budgets for state colleges, universities and other programs at a joint meeting of Assembly and Senate budget committees.

On Friday, the Assembly Committee on Government Affairs will hear a bill that would prevent homeowners associations and other so-called common-interest communities from enacting blanket bans on all pets, including birds and fish in addition to dogs and cats.

A bill before the Assembly Committee on Judiciary on Friday would help enforce the state’s ban on handheld mobile phone use while driving by allowing police officers to electronically scan a driver’s mobile phone at the scene of an accident to see the driver was using the device at the time of the crash. A driver’s refusal would lead to an immediate 90-day license suspension.

Also Friday, the Senate Committee on Government Affairs will take up Senate Bill 224, which seeks to make certain data about public employee pensions confidential, including annual payments to retirees.