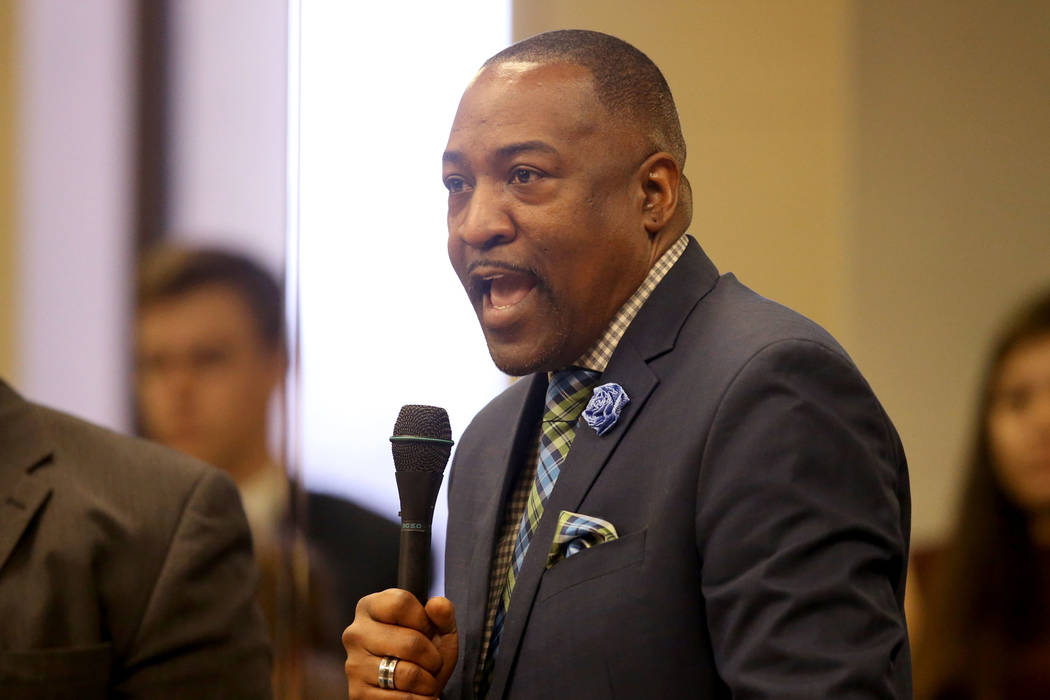 CARSON CITY — A bill aimed at helping homeless and foster care students in Nevada overcome the challenges that can derail their education got a favorable reception from a state Senate panel Wednesday.

“We are looking to bridge the gap for students regardless of their ZIP code,” Assemblyman Tyrone Thompson, D-North Las Vegas, told the Senate Education committee, citing a catchphrase from Gov. Steve Sisolak. “Think about it: These students don’t even have a ZIP code.”

Thompson presented Senate Bill 147 with Assemblywomen Brittney Miller, D-Las Vegas, and Jill Tolles, R-Reno. The bill would require public and charter schools to work with students identified as homeless, unaccompanied or in foster care to adjust their academic plan to help them graduate.

That could mean awarding or accepting full or partial course credit regardless of a student’s attendance or hours spent in class. Students would have to demonstrate course competency to gain credit.

The measure would make it easier for homeless or foster-care students who attend multiple high schools to gain their diploma regardless of whether they complete all coursework required by a particular district. It also would allow schools to modify coursework to help students who are late to graduate.

The bill had unanimous support from education officials and advocates for children and the homeless who testified.

“I don’t know what took us so long to do something about a problem that we know has been there a long time,” Sen. Mo Denis, D-Las Vegas, the committee chairman, said in closing the hearing.