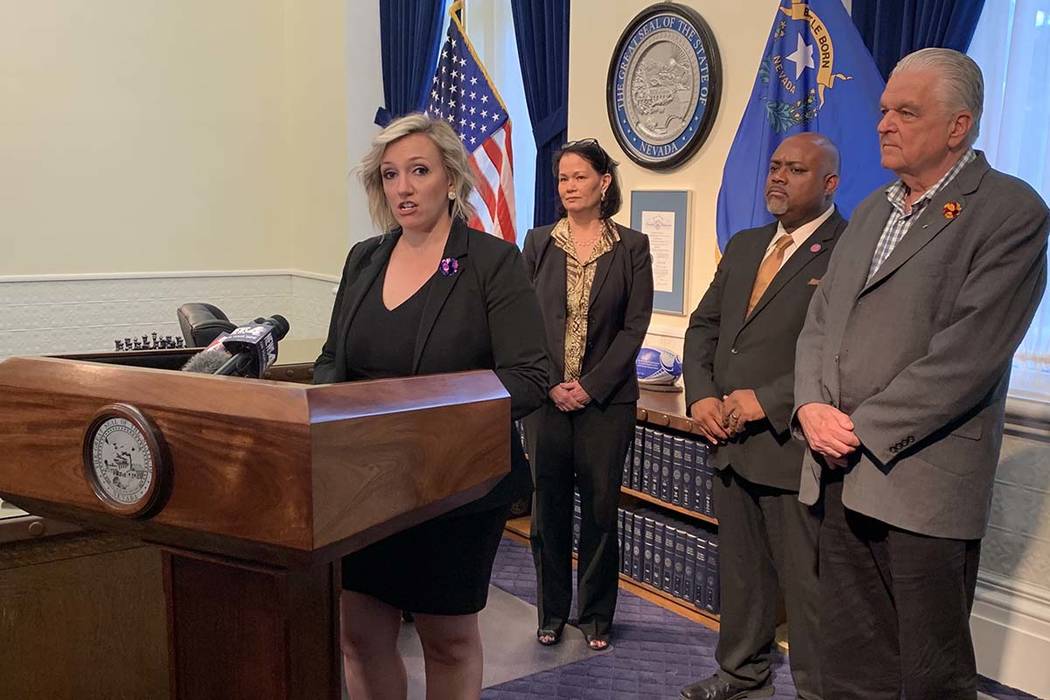 CARSON CITY — A last-minute effort to add more transparency to campaign finance in Nevada was unanimously approved by the Senate Monday, although some Republicans said it missed the chance to go further.

Senate Bill 557, sponsored by Senate Majority Leader Nicole Cannizzaro, D-Las Vegas, would require any organization that donates more than $10,000 to a candidate during a campaign cycle to disclose the contributions in an annual report to the Nevada secretary of state’s office, detailing each contribution of more than $100.

The bill passed the Senate on a unanimous 21-0 vote.

Speaking in support of the bill on the floor ahead of the vote, Sen. Yvanna Cancela, D-Las Vegas, said it will give voters a more clear picture of the influence of money in politics.

“The lack of transparency on the donor side prevents voters from being able to know the full picture of campaign finance,” Cancela said.

Before the vote, Republicans tried to amend the bill on the floor in hopes adding even more strict provisions, including making it illegal to donate cash to campaigns and lowering the donation threshold to trigger reporting from organizations.

The amendment was not adopted, however.

All eight Republicans still voted for the bill. Sen. Keith Pickard, R-Henderson, said on the floor that the bill was “a step in the right direction. Unfortunately it’s a baby step.”