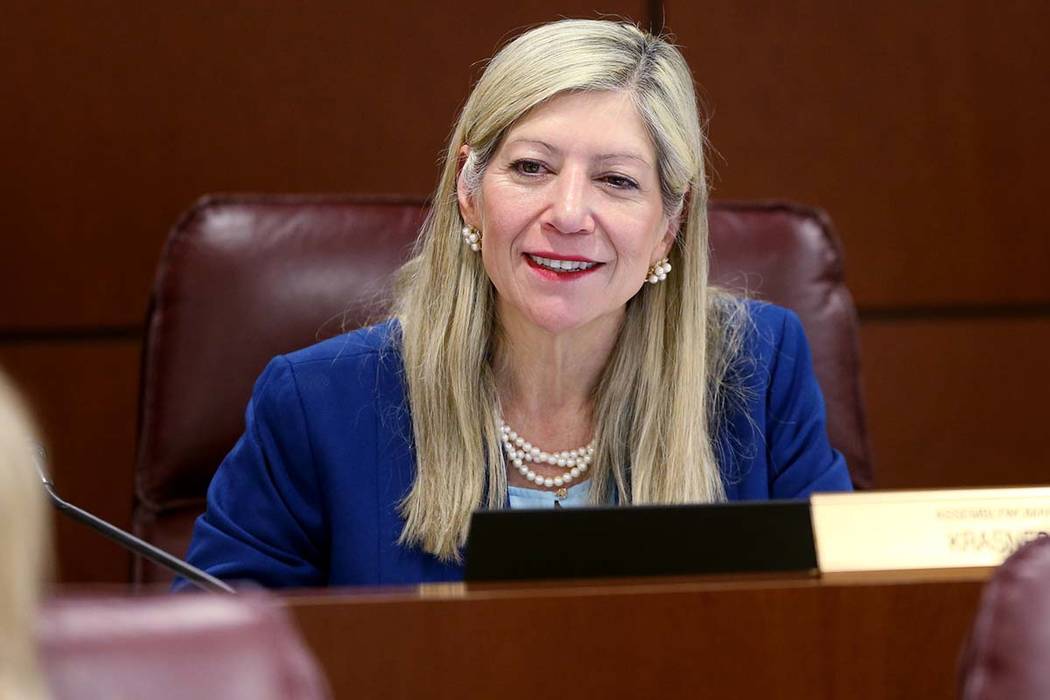 CARSON CITY – The Senate and Assembly moved through relatively light pre-Easter agendas Friday ahead of expected back-to-back marathon sessions starting Monday to meet the next legislative deadline for bill passage.

Assembly Bill 141 passed unanimously in the Assembly. Sponsored by Assemblywoman Lisa Krasner, R-Reno, with a bipartisan roster of 17 additional sponsors, it would remove the statute of limitations for sex crimes where DNA evidence exists.

In the Senate, lawmakers unanimously passed Senate Bill 173, which would permit victims of sex trafficking or forced prostitution to get convictions expunged for non-violent crimes they committed arising from their servitude. Convictions for prostitution, solicitation and related offenses that they committed while under duress are already expungeable.

Senators voted 19-2 for Senate Bill 252, which would allow prison inmates 65 and older to be transferred to residential confinement if they become incapacitated or fall terminally ill.

Each bill now moves to the opposiite house for committee hearings and votes.

Other pending bills must pass the house in which they originated by Tuesday in order to advance.