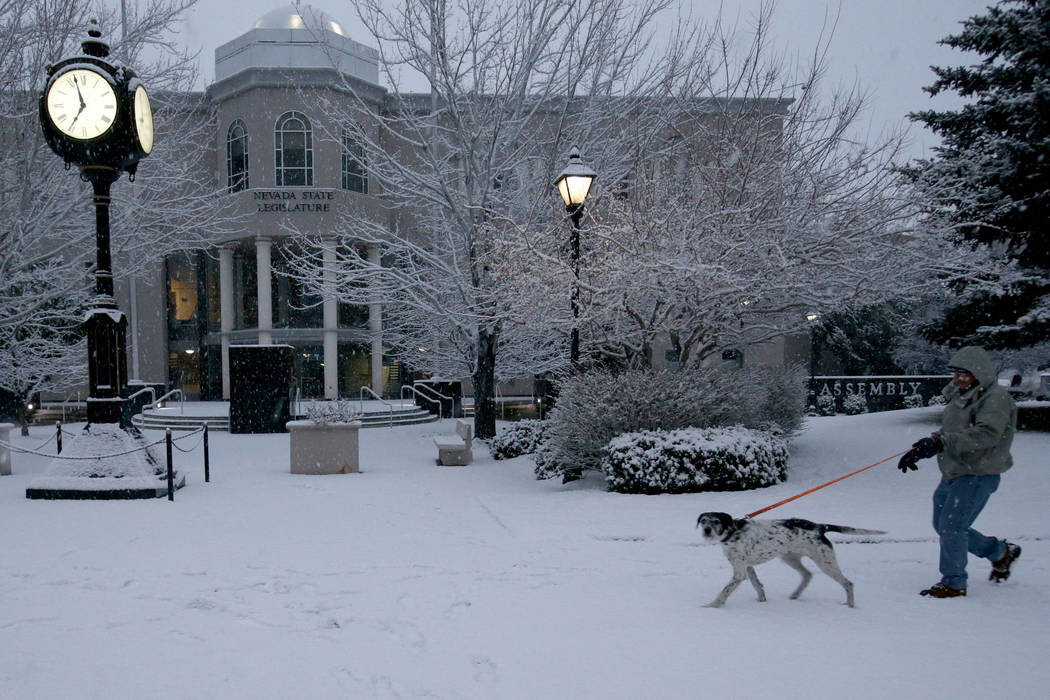 CARSON CITY — Background checks on private gun sales in Nevada would start in 2020 under a bill introduced in the Senate Monday with majority support of the Legislature, but has Republicans bristling over the process.

The bill could be approved by both houses and signed into law by the governor this week, coinciding with the one-year anniversary of the Parkland, Florida, school shooting on Thursday. The delay in implementation comes because the 2016 voter initiative that approved the background checks can’t be modified by the Legislature for three years following its passage.

That initiative sought to require the FBI to perform background checks on private-party gun sales and transfers. But the FBI, as a federal entity, would not carry out a state-sponsored directive, rendering the initiative unworkable.

Senate Bill 143 puts the state in charge of the background check process by having parties in a private sale go to a licensed dealer, who would “contact the same agency the dealer would otherwise contact to conduct a background check” as if the dealer were selling the firearm directly.

“The legislation itself is exactly what was approved by the voters,” Senate Majority Leader Kelvin Atkinson told reporters after the bill was introduced. “We didn’t put anything extra in it, we didn’t take anything out of it.”

Background checks would not be required for private transactions involving antique firearms, between family members, from a trust, and for certain temporary transfers, such as for hunting or in a life-or-death emergency. A first-time violation would be a misdemeanor, with subsequent violations a felony.

Senate Minority Leader James Settelmeyer, R-Minden, said Republican lawmakers had “grave concerns” about some of the bill’s provisions, and he expects the Democratic majority to push the bill through quickly.

“Obviously, we have concerns about how quickly this is moving through the process,” Reid said. “There’s a lot of the same problems in the initiative that appear in the bill today.”

Wheeler told reporters that Republicans would not have a chance to offer amendments to the bill. But that isn’t the case, said Assemblyman Steve Yeager, D-Las Vegas, chairman of the Assembly Judiciary Committee.

“I don’t think that’s a legitimate criticism of the effort,” said the Las Vegas Democrat and chair of the committee that the bill must go through before being passed.

The measure still must go through a work session where lawmakers could possibly tweak the language of the bill, Yeager said, adding nothing prevents Republicans from offering amendments beforehand.

“That’s what tomorrow (Tuesday) is about,” Yeager said. “If we were trying to do something that looked like rushing the bill or getting around the bill, why would we have a public hearing?”

Assembly Speaker Jason Frierson, D-Las Vegas, did not commit to a timetable for the bill in the Assembly but said he is “committed to making sure that folks have an opportunity to be heard.”

Atkinson did not have a final cost figure for the measure, but said it would be “significantly less that what we thought it was last week.”

Tuesday’s hearing is expected to draw a significant number of speakers who are either for, against or neutral on the bill. Each speaker will only get two minutes to talk, but Cheryl Bruce, executive director of the Senate Democratic Caucus, said they won’t limit the number of speakers.

“We will go until everyone has spoken.”