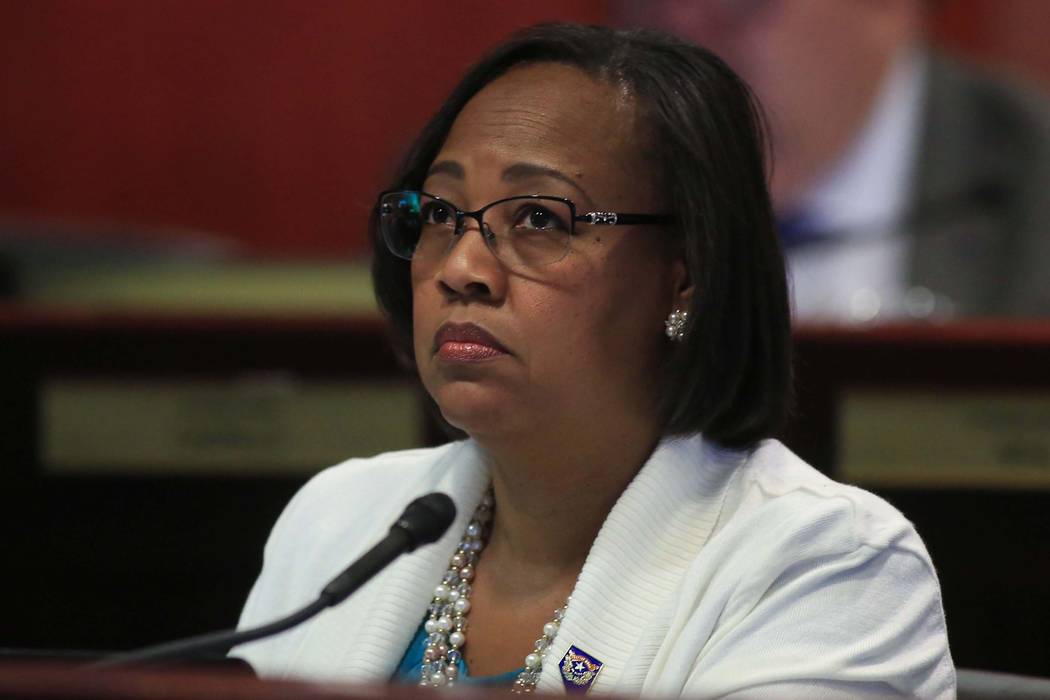 CARSON CITY — A move to ban private, for-profit state and local prisons in Nevada, passed by the Legislature in 2017 but vetoed by then-Gov. Brian Sandoval, is back before lawmakers.

Nevada does not have for-profit prisons. Assembly Bill 183, nearly identical to the 2017 measure, would ensure that doesn’t change, requiring that the state or localities be in charge of “core correctional services” such as housing, safeguarding, protecting and disciplining prisoners. Other prison services providing food, education and training, medical care and cleaning could still be contracted out.

Further, the bill would require the state by 2022 to end contracts with for-profit entities for housing Nevada prisoners out of state, though prisoners could still be transferred to publicly run facilities under existing interstate compacts.

“Outlawing for-profit prisons once and for all will establish a criminal justice system of equity, integrity, fairness, and a system that views prisoners as people instead of profit margins,” Assemblywoman Daniele Monroe-Moreno, D-North Las Vegas, a retired corrections officer and lead sponsor of the 2017 and 2019 bills, told the Assembly Judiciary Committee in a hearing Thursday.

Sandoval vetoed the 2017 bill citing the state’s potential need to contract with private entities to house prisoners. In October of that year, the state authorized a $9.2 million outlay to send 200 prisoners to Arizona for two years while the Southern Desert Correctional Center north of Las Vegas was renovated.

Those inmates are scheduled to return to Nevada facilities this year, half of them in July, Monroe-Moreno said.

Nevada once contracted with a private juvenile detention facility and private prison for women. In 2003, the state investigation found poor supervision and medical care at the women’s prison, where an inmate had been impregnated by a guard. The operator — Corrections Corporation of America, now known as CoreCivic — chose not to renew its contract with the state, citing losses. The private juvenile facility closed in 2015.

CoreCivic continues to operate the Nevada Southern Detention Center in Pahrump to house those in the custody of the U.S. Marshals Service and U.S. Immigration and Customs Enforcement. It also operates the Arizona facility currently housing Nevada inmates.

Monroe-Moreno’s bill has 19 other sponsors.