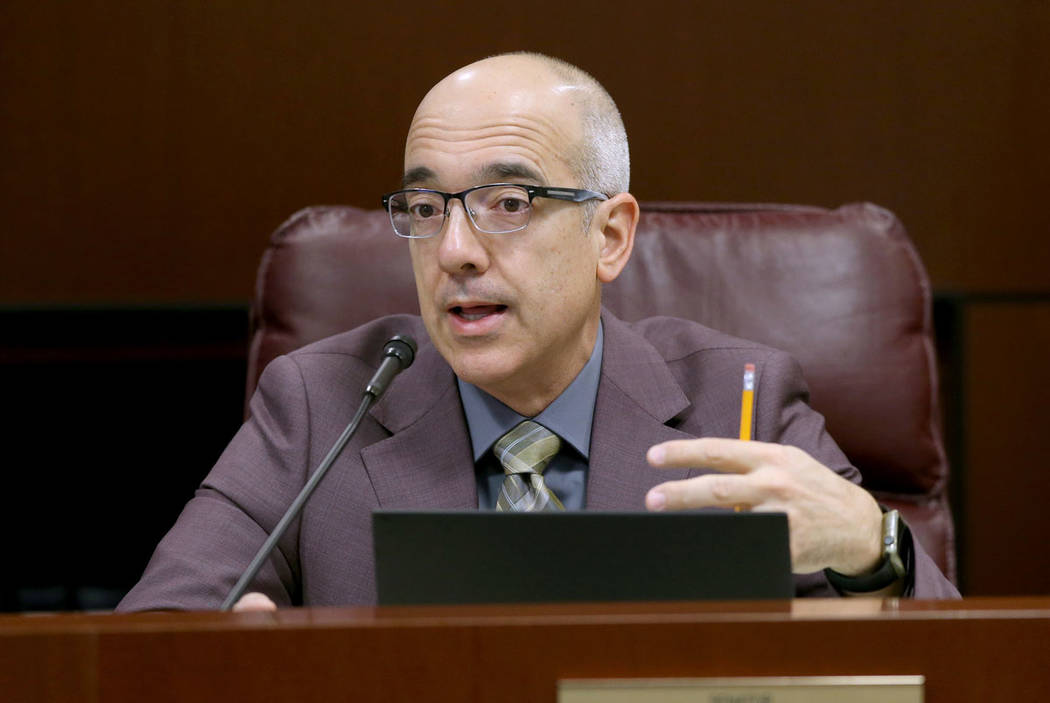 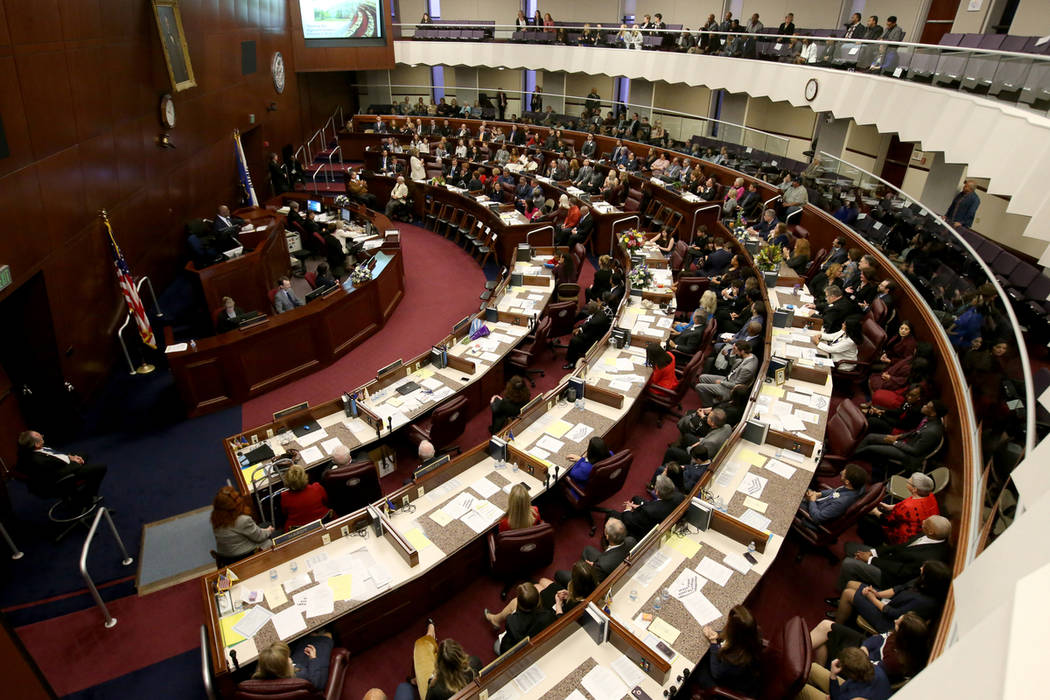 CARSON CITY ­— The Senate took the first big step Wednesday toward recasting a half-century of Nevada education spending policy, easily approving a rewrite of a school funding blueprint enacted when the state’s population was smaller than its current public school enrollment.

The bill was the major legislative action of a day that also saw major criminal justice bills signed by the governor and hearings on more education funding and authorizing collective bargaining for thousands of state employees.

The funding bill, Senate Bill 543, now heads to the Assembly for action with five days remaining in the session. The Senate voted 18-3 to approve it after an hourlong debate.

“We have a system where we fund education in a way that was great for when it was created,” said Sen. Mo Denis, D-Las Vegas, one of the main architects of the revised funding plan, referring to the current funding plan that dates from 1967. Ending his remarks 15 minutes later, his voice wavered as he described the occasion as a historic moment.

“This is very personal thing for me, because this is why we do what we do, because we want to make that difference,” he said. “This is one of those things that’s going to change peoples’ lives for generations.”

The bill sets forth a base per-pupil funding scheme for the state’s roughly 450,000 K-12 students, bringing together dozens of current funding streams into one account for easier tracking and streamlined distribution. It includes special allocations for gifted and talented programs, students at or near the poverty level, or those just learning English that apply statewide, no matter where a student is enrolled. It also creates a rainy day fund to stabilize year-to-year funding fluctuations.

For the first two years, it would exist as a test run alongside the current system. The phase-in gives the state time to make adjustments before the new plan takes full effect in July 2021.

The biggest concern is how it will effect smaller rural school districts seeing flat or declining enrollment. The bill makes provisions for such districts to be protected from funding cuts, but amounts will be adjusted over time.

“I agree with so many aspects of this bill,” said Senate Minority Leader James Settelmeyer, R-Minden, whose district spans rural Churchill, Douglas, Lyon and Storey counties. “Representing rural counties the way I do, I look at those children and I look at those funds that are being potentially swept from those areas.”

“I think that in the end this bill adequately and accurately reflects the needs of how we should distribute education funding on a go-forward basis,” said Sen. Ben Kieckhefer, R-Reno.

The Senate’s floor vote on education funding, one of the session’s top legislative priorities, was the day’s dramatic highlight as lawmakers closed in on concluding their 120-day term. Later Wednesday, another more contentious education funding proposal made progress with a hearing before the Senate Finance Committee.

Unveiled Monday, Senate Bill 551 has generated controversy for extending a business payroll tax at its current rate and redirecting $100 million gained from it to education. Republicans say the maneuver constitutes a tax increase that requires a supermajority to approve, but Democrats have a legal opinion on their side that says otherwise.

Among other provisions, the bill aims to restore $30 million to school safety funding and send the rest to underperforming students or English learners, with a smaller portion going to fund pre-K programs. It also authorizes drawing on Clark County’s “More Cops” tax to hire more school safety officers after other law enforcement needs are met.

The same committee, which convened after 8 p.m. for its evening work also planned to hear another Democratic legislative priority, Senate Bill 135, which would authorize collective bargaining for state workers.

Finally, Gov. Steve Sisolak signed 78 bills on Wednesday, including one that restores the right to vote to convicts upon their release from prison, and another sealing convictions on crimes that have been decriminalized, which aims mostly at marijuana-related offenses.

When the voting rights bill, Assembly Bill 431, goes into effect on July 1, some 77,000 people will have their right to vote restored automatically.