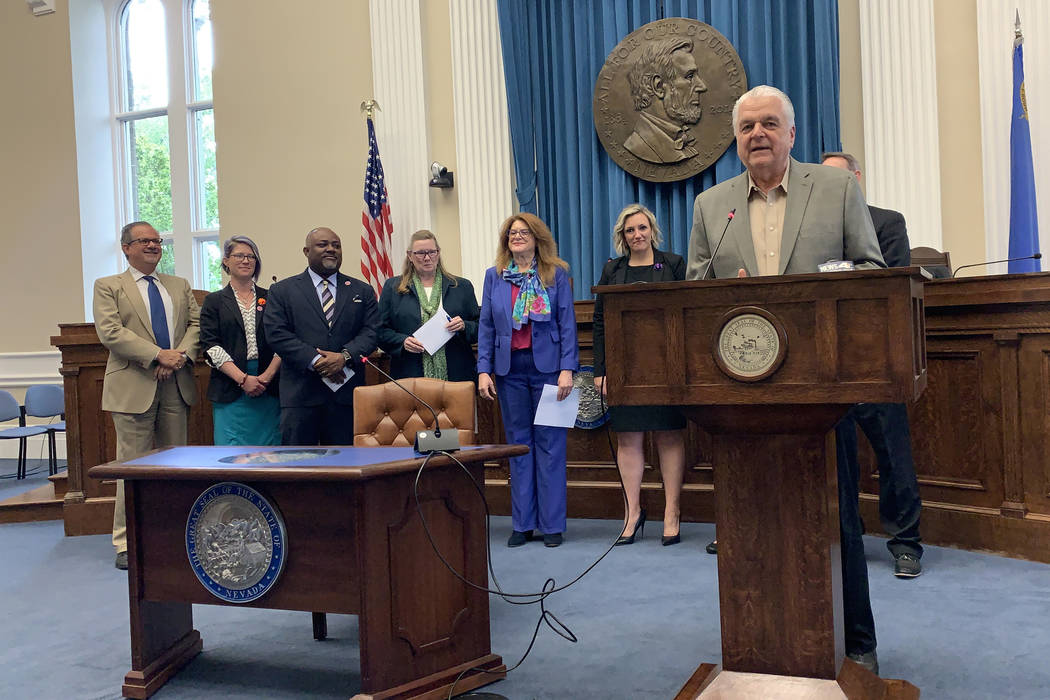 Gov. Steve Sisolak speaks Wednesday at the signing of two health care-related bills. One aims at protecting patients from billing surprises and the other writes federal protections for patients with pre-existing health conditions into state law. May 15, 2019. (Bill Dentzer/Las Vegas Review-Journal) 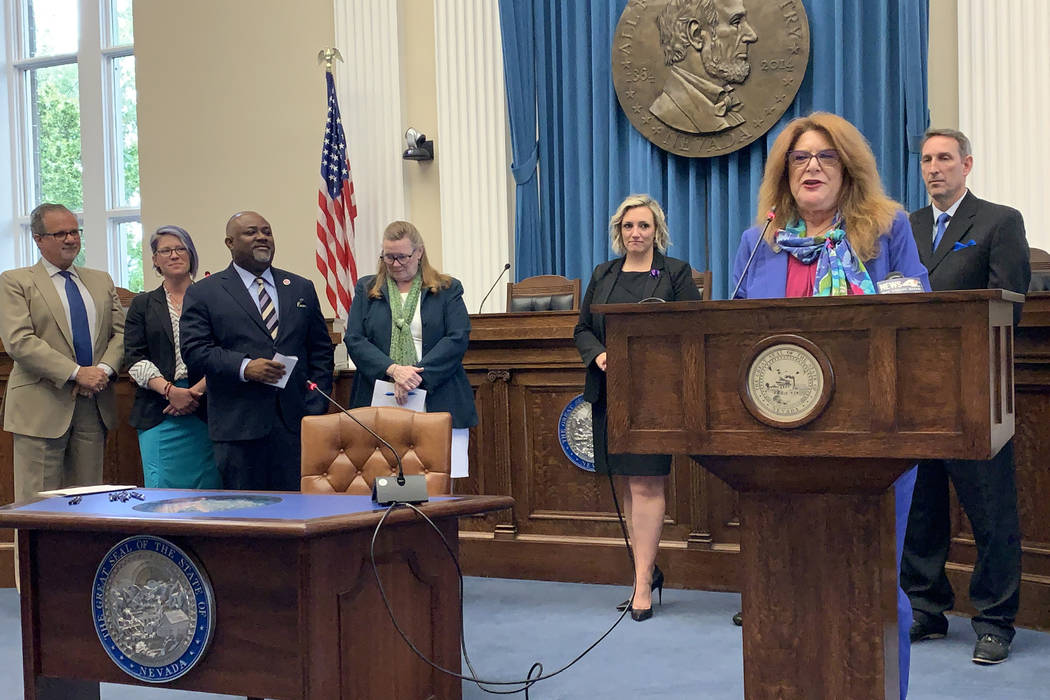 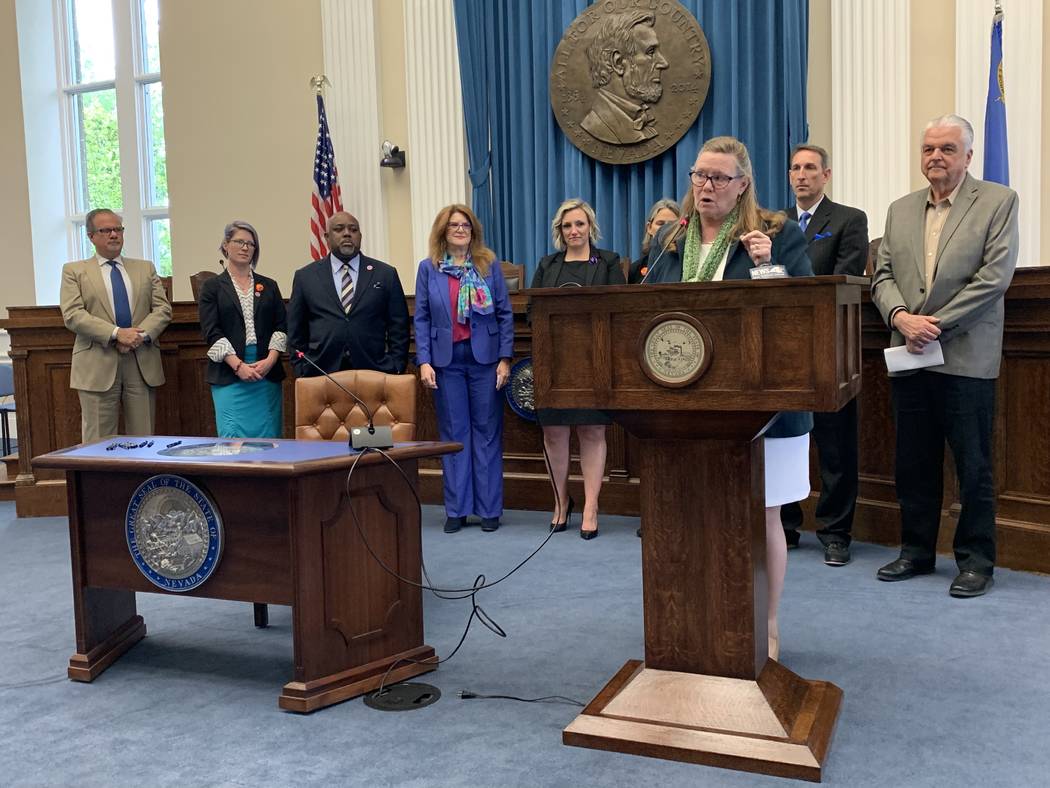 In signing the pair of bills, Gov. Steve Sisolak said they would “dramatically improve the state of health care in Nevada from both an affordability and an accessibility standpoint.”

Some 1.2 million Nevadans with pre-existing conditions “can rest easy knowing that their health coverage won’t be ripped away regardless of the shifting political winds in Washington, D.C.,” Sisolak said.

Besides writing the federal Affordable Care Act’s pre-existing conditions into state law, Assembly Bill 170 also aims to help people with their existing health coverage when they have difficulty making appointments or otherwise can’t access services. The bill was amended to add the pre-existing protections from another measure.

“If you can’t get insurance due to a pre-existing condition or you cannot get an appointment with a provider in a timely manner then you do not have adequate access to health care,” Assemblywoman Ellen Spiegel, D-Henderson, the bill’s prime sponsor, said at the bill-signing ceremony.

The second bill, Assembly Bill 469, prevents an out-of-network emergency health care provider from billing a patient more than what the patient would pay within network for the same care. Payment disputes between provider and payer will be worked out between them without involving the patient.

Assemblywoman Maggie Carlton, D-Las Vegas, a longtime advocate, recalled with emotion how frequently she had heard similar legislation was close to passage over a decade of legislative effort.

“Last session, we did get there but didn’t quite make it across the finish line,” she said. “But this time we did.”

Later in the afternoon, the governor appeared before a Senate committee to present a bill creating a panel to make a comprehensive assessment of the state of health care in Nevada.

Senate bill 544 aims to fulfill one of the governor’s long-standing pledges, creating an 11-member Patient Protection Commission to review health care costs in the state, including prescription drug prices; the quality and adequacy of health care and the availability of insurance, and the potential impact of federal policy changes.

Sisolak told the Senate Health and Human Services committee that the commission would offer “concrete recommendations to the Legislature on what we need to do in Carson City to expand access to quality, affordable health care for all Nevadans” by the next session, which will be in 2021.