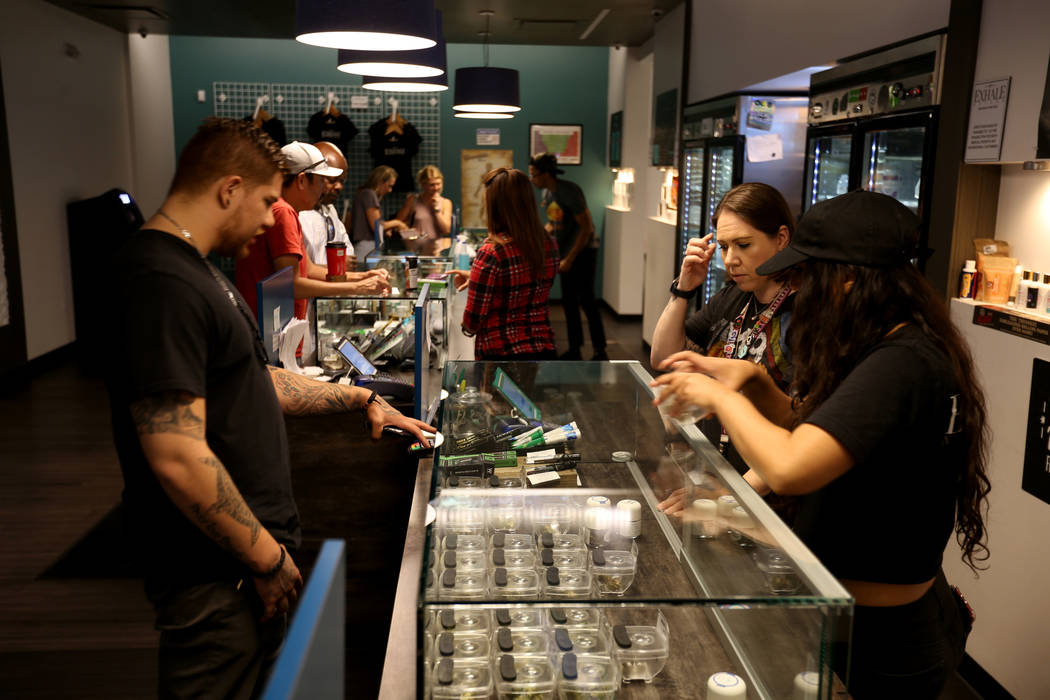 Lawmakers from the Senate and Assembly budget committees also got a top-level review of the two-year, $3.2 billion basic K-12 schools budget, including proposed 2 percent merit pay increases and 3 percent cost-of-living increases for teachers and other employees, as well as detail on plans to nearly double spending on a program to help struggling students.

“What we hope you see is that this is a multi-tiered approach to school safety that looks at prevention, intervention and recovery very holistically,” Christy McGill, director of the Nevada schools’ Office for a Safe and Respectful Learning Environment, told lawmakers.

Funding would come from a portion of Nevada’s 10 percent excise tax on recreational marijuana sales. Assemblywoman Maggie Carlton, D-Las Vegas, who chairs the Assembly Ways & Means committee, questioned whether those dollars would be sustainable over time.

“Marijuana’s being legalized all over the country right now,” Carlton said. “If we really do value these programs and want these programs to succeed, we want to fund them no matter what that 10 percent looks like.”

McGill said that school officials agree and are working to identify additional funding sources. The state is also looking at seeking Medicaid reimbursement for mental health services provided by schools.

“Schools are becoming the place where students and families are accessing their behavioral health services,” McGill said. “It’s already happening at our schools, and so why not bill for the service that we’re already giving to bring in those additional dollars.”

The proposed state budget for the two fiscal years starting in July would add $13 million to $22.4 million already set aside to school social workers. The new money would pay for 87 more social workers in at least 65 schools, bringing the total to 353 personnel in 267 schools.

The other new outlays are $10 million for a total of 70 school safety officers; $25 million in building enhancements; $4.7 million for new programs to teach social and emotional skills; and about $1.1 million for threat assessment, teacher-principal support, and a system that could broadcast live video feeds to emergency responders from inside schools.

Lawmakers also asked about plans to increase spending on helping at-risk students who score in the bottom 25 percent on proficiency exams. Annual spending would go from $36 million to $70 million a year to help an additional 28,000 students.

“It seems like we need to get some better information as to the positive difference that it would make or has made,” said Sen. Joyce Woodhouse, D-Henderson, a retired elementary school teacher and principal who chairs the Senate Finance Committee. “I’m assuming that makes a great difference because I’ve worked with children. … But that kind of information doesn’t help everybody on this committee.”