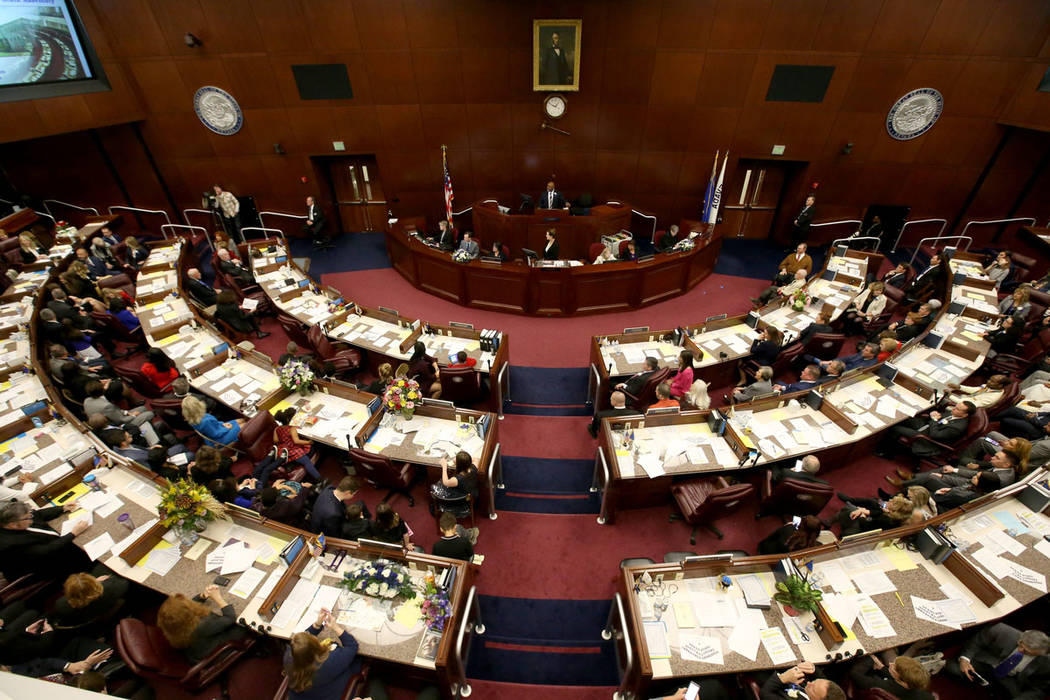 CARSON CITY — Lawmakers saved one of their biggest lifts for last, as the revamp to Nevada’s 52-year-old K-12 funding was passed in the final minutes of the session.

The bill was amended late Monday night to give the governor more authority over the final funding levels, and to give the Depatment of Education a larger role in helping determine how much and where monies would go.

But the bill enacting the new formula, Senate Bill 543, retains the core provisions that lawmakers have touted as a way to modernize the state’s five-decade old formula.

The bill was and passed out of committee around 10:30 pm, and approved by the Assemlby on a 34-7 vote just before 11:30 p.m. The bill was concurred by the Senate at 11:57 p.m. — three minutes before the session had to conclude.

Called the Pupil-Centered Funding Formula, it would establish a“base funding amount” for all of Nevada’s 450,000 K-12 students. It would also shift more money toward students in special education, gifted and talented programs, those near the poverty level and those learning English, no matter which school they attend. It also adds more transparency to education funding.

The new formula will run simultaneously with the current one for the next two fiscal years in order to ensure that it works as planned.

“The amendment keeps all those pieces in place,” Sen. Joyce Woodhouse, D-Henderson, one of the bill’s primary sponsors, said during the late-night hearing for the amended bill.

Sen. Mo Denis, the other sponsor, said after the hearing that the governor and Legislature would each have say over the final funding levels, including setting those weights, which would give both branches needed flexibility in case of something like an economic downturn.

“He obviously has to balance the budget, and he has to look at all the factors. There may be some extenuating circumstances where they need to make some adjustsments,” Denis said.

Rumors started running through the Legislature Sunday that the bill would be converted to a study, but that did not happen.

The new formula will run simultaneously with the current one for the next two fiscal years in order to ensure that it works as planned.