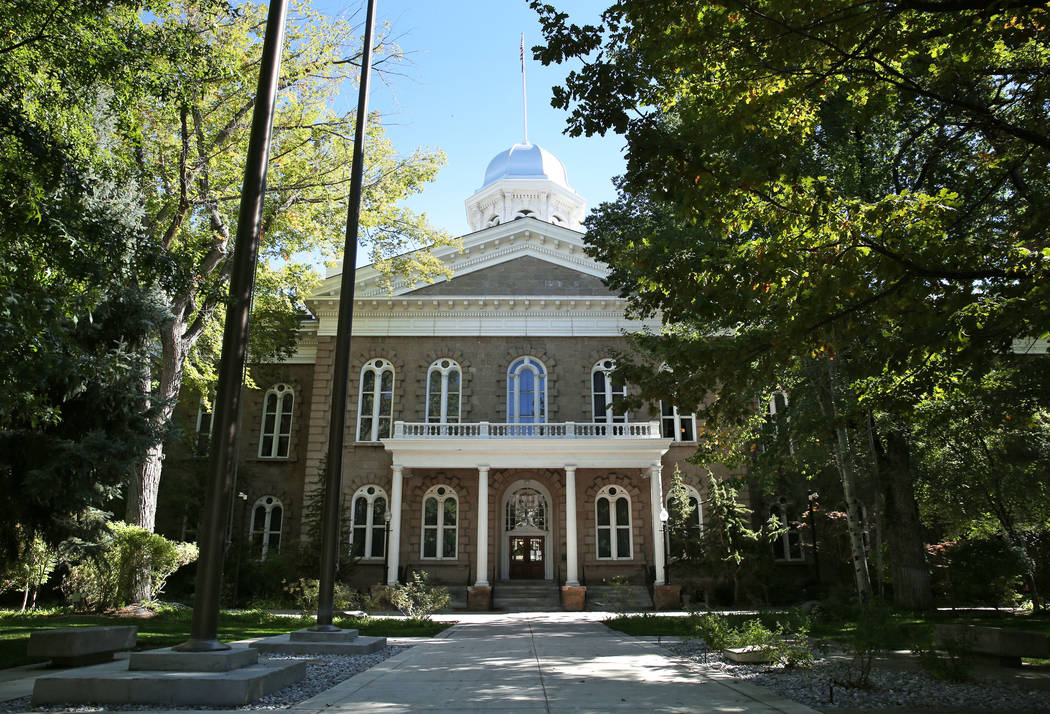 CARSON CITY – The Nevada Legislature steps into its second month of work Monday, moving into the middle innings of its 120-day biennial session with hearings on legislative topics including school safety, human trafficking, open meetings and child custody laws.

On Monday, a joint hearing of the Senate and Assembly education committees will hear two bills on school safety, the first making school building blueprints confidential except to law enforcement or architects, contractors and certain others working for the school.

A more wide-ranging bill from the state Department of Education addresses multiple safety and accountability issues.

Among other things, the bill would create a permanent statewide school safety committee; seek a framework and recommendations on specialized instruction, including staffing of counselors, psychologists and nurses; revise requirements for developing school emergency response plans; revise rules for anonymous reporting of dangerous, violent or unlawful activity in schools; and seek changes in annual accountability reports to break down results by student gender, race and other demographics.

Other weighty matters on tap for the week include Senate Bill 123, before the Senate committee on Legislative Operations and Elections on Wednesday, which would enact same day voting registration and extend the cutoff for early voting from the Friday to the Sunday before the election. And Thursday, the Assembly Committee on Judiciary hears a bill that would ban privately run prisons in the state.

The judiciary panel has a particularly active week. On Monday, it hears Assembly Bill 226, which would make it a felony to coerce someone to implant microchip or other “permanent identification marker.” On Tuesday, it hears Assembly Bill 139, which would set the minimum age to marry in Nevada at 18, without exception. The Idaho Legislature last week voted down a similar proposal.

The same panel on Tuesday also has Assembly Bill 140, which would prohibit discrimination by reason of blindness, deafness or other physical disability in matters of child custody or adoption.

Assembly Bill 12, before the Assembly Committee on Government Affairs Tuesday, seeks to ensure LGBT veterans are not denied benefits or access to services.

The Senate Committee of Revenue and Economic Development hears Senate Bill 61 Tuesday, authorizing cities in the state to add a tax on diesel fuel of up to 5 cents a gallon. The request comes from the city of Fernley.

The Assembly Committee on Legislative Operations and Elections on Tuesday hears a resolution creating the Nevada voter Bill of Rights, first passed by the Legislature in 2017. The measure has passed the Senate and will go to voters in 2020 if the Assembly follows suit, as expected.

On Wednesday, the Assembly Committee on Judiciary is again in the spotlight with two bills related to human trafficking. One of them, Assembly Bill 157, defines the offense and its victims in statute, a precursor to establishing how law enforcement, support services and other agencies should respond in such cases.

The Assembly Committee on Government Affairs hears Assembly Bill 70 on Wednesday. The bill proposes tweaks to policies and procedures in the state Open Meeting law, such as making public body subcommittees or working groups, as well as supporting materials from a meeting, subject to the law, and requiring 30-working day turnaround for a covered group to make draft minutes available.

On Thursday, the Assembly Judiciary Committee hears a bill to increase penalties for defacing, destroying, or removing items froms a state historic or prehistoric site.

Meeting schedules are posted on the Legislature’s website and meeting agendas are subject to change.