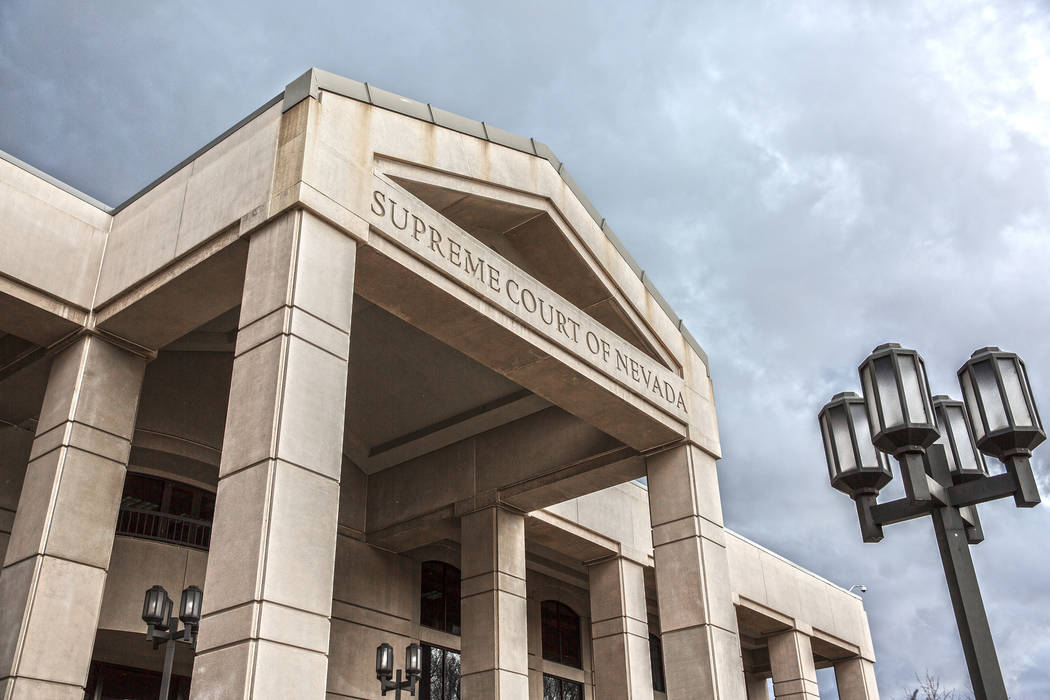 The exterior of the Supreme Court of Nevada in Carson City. (Benjamin Hager/Las Vegas Review-Journal)

The seven-page decision spells the end of the partisan recall effort that began in August 2017. It comes a year after a district court invalidated recall petitions against Sens. Nicole Cannizzaro, D-Las Vegas, and Joyce Woodhouse, D-Henderson, due to lack of signatures.

State auditors in the governor’s finance office last fall concurred that the recall attempt was invalid.

Speaking outside the Senate chamber, Woodhouse said she was “thrilled to death” with the ruling and “especially glad that it was unanimous.”

Cannizzaro said the decision “reflects what we knew all along, which was that these were baseless attempts to take folks out of office who rightfully won their elections for political reasons.”

Nevada law requires a successful recall petition to carry signatures from 25 percent of voters who cast ballots in the most recent election for the office in question. Verifying recall ballots initially is done using a statistical sample. But because of varying signature counts — and a stack of cards signed by people who wanted their names removed from the petition — District Court Judge Jerry Wiese ordered a verification of every signature.

In their appeal, argued last month, recall organizers said Wiese exceeded his discretion in ordering the full verification of the recall petitions, then accepting the results of that verification.

The high court disagreed, saying the lower court acted appropriately and that its determination that the recall failed “is supported by substantial evidence.”

Because the full verification showed neither petition had enough valid signatures, the court declined to rule on the other major argument in the appeal, whether the so-called strike requests were allowed under the state constitution. Judges said they only decide constitutional issues when it’s absolutely necessary, and in this case, the issue became moot when the petitions failed to get enough signatures.