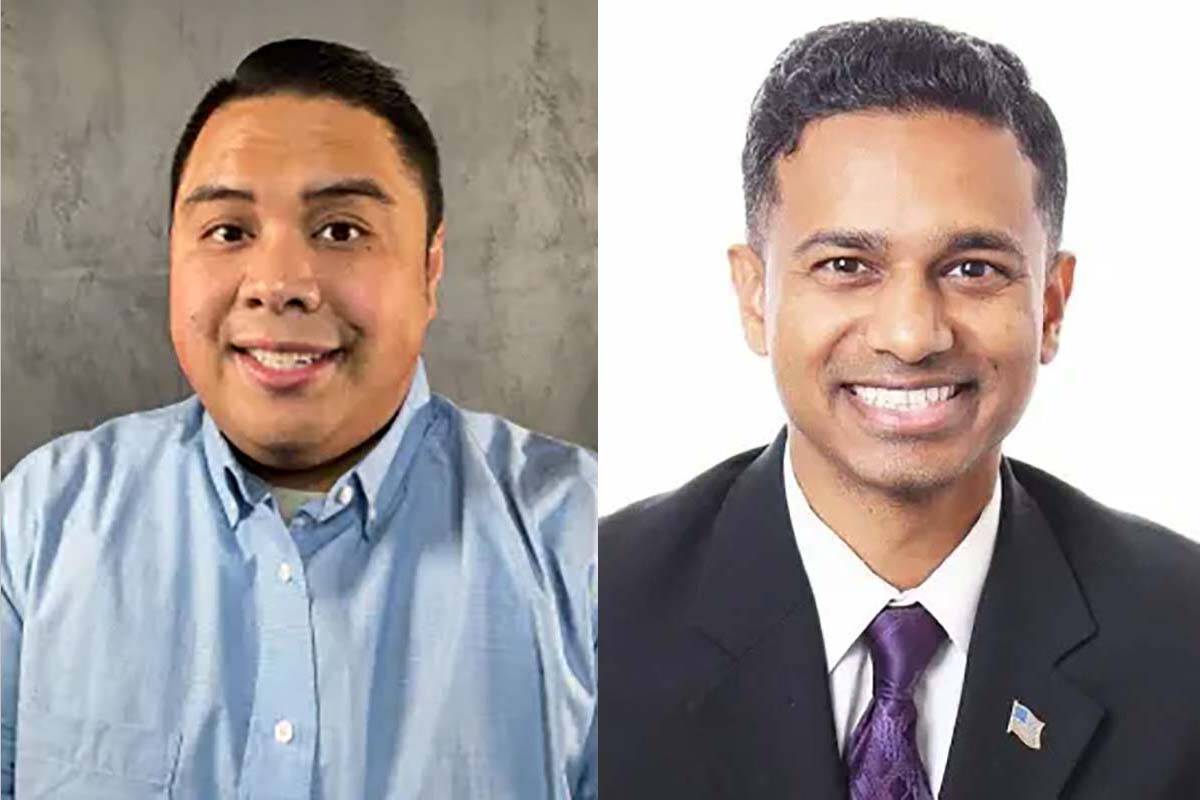 Three educators are among the candidates for the Democratic nomination for Assembly District 28 in this year’s primary election.

Aaron Bautista, Reuben D’Silva, Cindi L. Rivera and Antonio Bowen will be on the ballot for the race in the district that includes east Las Vegas. The winner of the Democratic primary will face Republican Clinton Parker Brown in the general election. Incumbent Assemblyman Edgar Flores, D-Las Vegas, is running for the state Senate.

Bautista, who has lived in District 28 all his life, is a lead special education teacher in the Clark County School District.

A son of immigrant parents who worked in the hospitality industry in Las Vegas, Bautista views education as his top focus as a candidate.

“Education is something I take very seriously, and I believe that children are the future,” said Bautista, an Eldorado High School graduate with degrees from the College of Southern Nevada, Nevada State College and Grand Canyon University.

He also wants to work toward a $15 minimum wage in the state and supports union collective bargaining to assure decent wages and working conditions.

On the economic side, Bautista wants to encourage increasing manufacturing in the state, strengthening Nevada’s solar power industry and, because of the state’s close proximity to Hollywood, broaden tax incentives to lure film production crews to the area.

He supports national efforts to lessen reliance on fossil fuels and policies to reduce greenhouse gasses and carbon emissions. He also supports developing a network of car chargers on Nevada highways.

D’Silva also lists education as a priority in his bid for the Assembly seat.

“I believe education to be the great mechanism of opportunity in our society today,” he said.

D’Silva, a Rancho High School graduate who studied at College of Southern Nevada and UNLV with advanced degrees at the University of Pennsylvania and Yale University, was born in Mumbai, India, and immigrated to the United States when he was a toddler.

He served as a U.S. Marine, spending a year in a hospital after being wounded in action in Fallujah, Iraq, for which he was awarded a Purple Heart and Naval Achievement Medals.

He now teaches history at Rancho High and coaches girls’ basketball as well as advising clubs.

“Nevada has grown substantially in the last three decades and our economic output has grown several-fold during this time, but we have also come to overwhelmingly depend on a very small sector of our economy,” D’Silva said. “Recent economic downturns are ample evidence that we cannot depend on these limited sectors to sustain our state’s economy.”

Rivera is happy to see so many educators in her race.

“I think it’s refreshing to see those who have decided to run are educators that have made their students a priority,” she said.

Rivera began her career as a counselor in Las Vegas in 1999 and became a pre-K teacher in 2012. Currently, she serves as vice principal and associate executive director of Andre Agassi College Prep.

“Education is a pathway to greater opportunity and economic security,” Rivera said. “Every student deserves the right to quality education regardless of the ZIP code they live in.”

Rivera is an advocate for raising the minimum wage, but wants to work with representatives from both sides of the political aisle to determine what that level should be. She said a healthy economy must meet the needs of working families by creating more equitable opportunities for small businesses and workers. Rivera is an advocate for paid family leave and sick-day policies, so that no one must choose between their health and a paycheck.

Bowen, an unsuccessful candidate for the nonpartisan Clark County Board of Trustees in 2020, told the Review-Journal that his landlord sold the house in which he was living and he’s having a difficult time finding a residence within his district to move. While Bowen’s name will appear on the ballot, he said after consulting with the secretary of state’s office that he is uncertain he could take office if elected. He said a deadline passed for him to formally withdraw from the race.