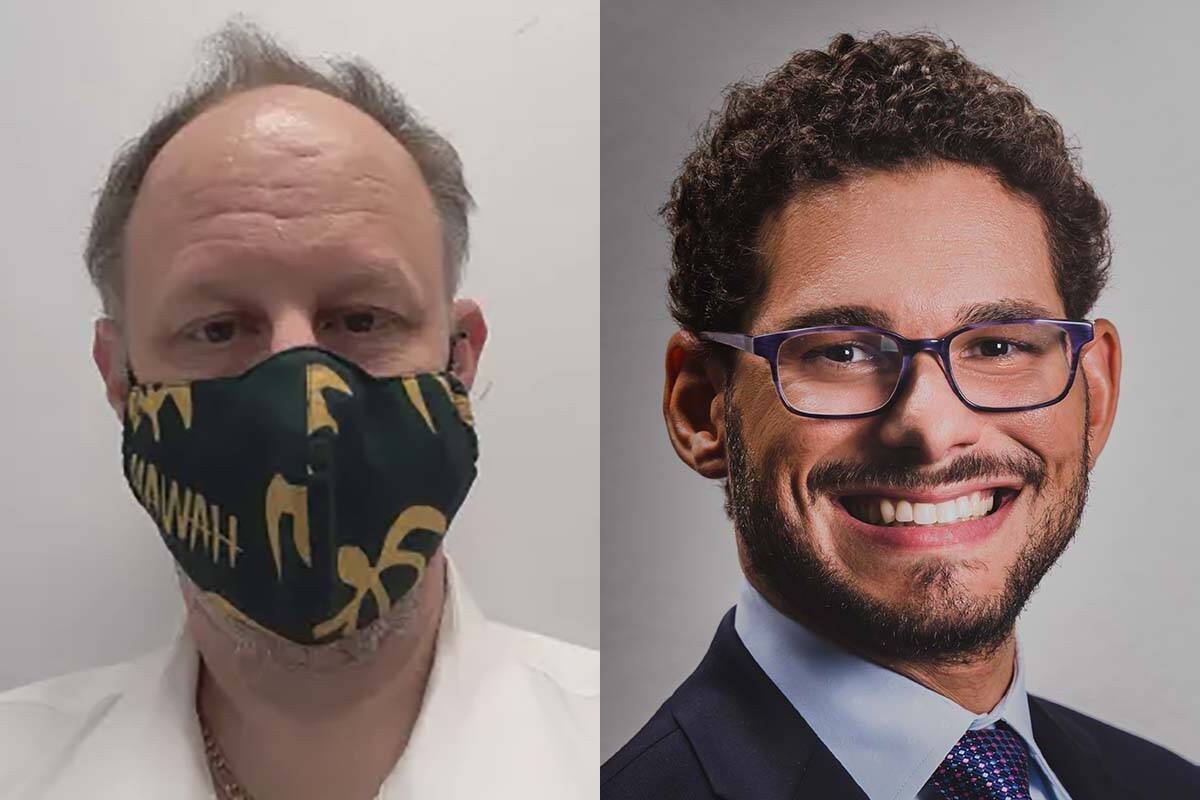 The winner will face Republican Steven Bang, the only other candidate in the race, in the November election. Democrats hold a significant advantage in the central Las Vegas district, with 12,485 active registered voters to Republicans’ 5,351 registered voters, according to March 2022 statistics.

Incumbent Watts is a progressive advocate specializing in environmental and conservation issues, whose career outside of politics consists of public relations consulting for nonprofit and business clients.

He’s seeking reelection to continue his environmental agenda, he said. He worked in the Legislature to pass policies that improved efficiency standards for indoor plumbing and will remove nonfunctional grass turf throughout the Las Vegas Valley by the end of 2026. In the next term, he hopes to focus on policies that reduce pollution from vehicles.

Watts said he’s also supportive of legislation that puts more affordable housing stock in the state, noting that many constituents are concerned with rising rent and inflation.

“My dad got a 6 percent increase in Social Security this year, and his rent went up 10 percent,” he said. “So, the impacts of inflation are one thing but just within rent prices alone, the increases have been really hard for a lot of people to deal with.”

On education issues, Watts said his seat on the Valley High School school organization team has shown him that funding is a top issue for the Clark County School District. He said he was proud of the Legislature for passing a new education funding formula during his tenure and expanding an excise tax on gold and silver mining companies to support the state’s education fund. Still, Watts said he believes addressing the teacher shortage and school violence is instrumental to helping the system.

“I feel that he really led from a place of compassion, he was calm under pressure and he wanted to find solutions,” he said. “He tried his best to be results-oriented but also rooted in values and those are qualities that I really admire and try to lead by as well as a member of the State Assembly.”

Greenwood said his top concern is improving the available green infrastructure in the state. His goal is to change zoning laws and work with the federal government, which owns much of Nevada’s rural landscape, to release more available land for solar power farms.

On right-to-work, Greenwood said he wanted to do away with the laws that make it unlawful for companies to deny employment because someone is not a member of a union. He views them as an easier way to terminate someone not in a union.

“It means that the employers get all the power,” he said. “That’s not a right to work, that’s a right to fire. I’d like to get rid of those laws because they’re completely hypocritical and they’re not good for the people of Nevada.”

Lastly, Greenwood said if elected, he would propose a flat tax to fund the state education system. He suggests a 10 percent flat tax on income and non-durable assets to anything above three times the poverty rate.

Asked which political figure he most admires, Greenwood listed former President Jimmy Carter for his energy efficiency and example-setting.