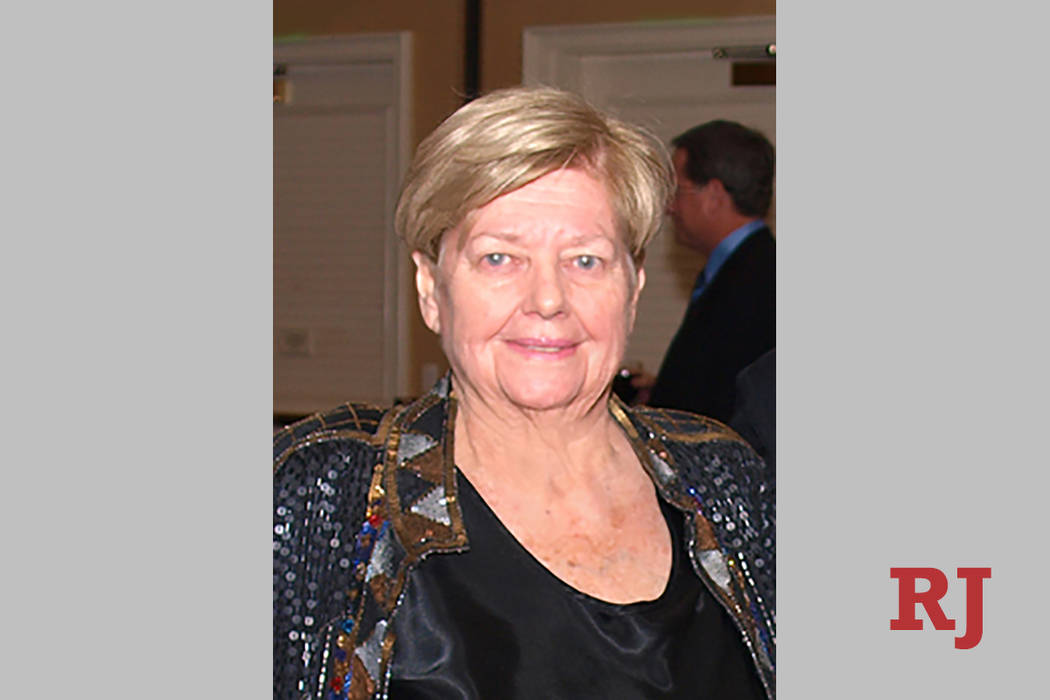 A civil rights and feminist activist, Trudell was an advocate for the Democratic Party. She ran a number of political campaigns and was foreign affairs aide for then-Sen. Harry Reid in the 1980s in Washington, D.C.

Her daughter, Cindy Trudell, said her mother was strong and fought hard for women to have equal rights.

“She was a warrior,” she said. “She was a fighter for women’s rights. She was a great mother and grandmother and friend. She was loved by everybody that knew her.”

Harriet Trudell was political director for the Nevada State Democratic Party from about 1998 until she retired in 2014.

“She was just absolutely fearless,” said Marla Turner, secretary of the Nevada State Democratic Party. “She was a woman warrior to the core.”

She was a “force of nature,” said Harry Reid’s son, Rory Reid, a former Clark County Commission chairman and gubernatorial candidate. “She was unwavering in her principles.”

His first memory of her was when he was a young child at a Democratic event.

A man who was running for office was walking around and asking people for their support. When he walked up to Trudell, all the man could say was his name before Trudell stopped him and said something to the effect of, “if you can’t make a feminist like me happy, you might as well keep walking.”

Trudell knew what she believed in, he said, and you couldn’t argue with her – nor would you want to.

Making the world a better place

Rory Reid said he’s a “recovering politician” and the further he gets away from it, “the happier I am, frankly.” He said the only thing he misses about politics is people like Trudell who “believed in their bones about how the world could become a better place and were fully committed to using all of their energy to making that happen.”

Trudell was extremely close with the Reid family, said Sam Lieberman, second vice chairman for the Nevada State Democratic Party and a regent for the Nevada System of Higher Education.

Trudell wrote handwritten letters weekly to Harry Reid’s office in Washington, D.C. or his home to share her opinions on what was happening in the Democratic Party or the state, Lieberman said.

Lieberman knew Trudell for many years and started working with her around 2007. He was the state party’s chairman from 2008-11.

Trudell was a leader, as well as a mentor for many people — particularly women, but anyone who wanted to get involved in the democratic process, Lieberman said.

He described her as a rebel. “She was someone who had an opinion on everything,” he said.

And Lieberman said Trudell shared those opinions with him — some “very solicited” and some “very unsolicited.”

Trudell was driven about electing Democrats to office, Lieberman said. “She was very loyal to her candidates, her elected officials and to the Democratic process.”

“She was everything that makes NV politics great,” she wrote. “She was strong-willed, smart, and relentlessly true to her convictions.”

Trudell spent her life fighting “so women like me could lead; so women would have reproductive freedom and rights,” she wrote.

Sen. Joyce Woodhouse, D-Henderson, wrote on Twitter: “Harriet Trudell will always have a special place in my heart. She was there for us in every way. Fabulous woman who led the way!”

Trudell grew up in then-segregated St. Petersburg, Florida, and Mobile, Alabama. Her father was a union organizer and her mother — who died when Trudell was 10 — was a political cartoonist, according to a March 2000 story about Trudell in the Review-Journal.

When she was 16, she went to the 1948 Democratic National Convention with her father, a delegate for Alabama, according to a biography written by the Women in Nevada History Legacy Digital Project.

She organized unions for the American Federation of Labor and Congress of Industrial Organizations (AFL-CIO) in Florida and participated in protests in her 20s, according to the biography.

“She was very much a feminist and a champion for equal rights and sometimes that got her in trouble because I believe she got arrested a couple of times early in her career,” Lieberman said.

Trudell marched with Martin Luther King Jr. in Selma, Alabama in the 1960s, her family said.

Trudell was a southern Nevada aide for Gov. Mike O’Callaghan in the 1970s and was foreign affairs aide in the 1980s for Reid. She was a board member for the National Organization for Women and was a lobbyist in the 1990s in Washington, D.C. for the Feminist Majority Foundation, according to the biography.

She was arrested in 1971 while protesting on the Strip over welfare issues, according to the Review-Journal story.

In terms of political involvement, “it was not just a passion to her,” Lieberman said. “It was her life.” 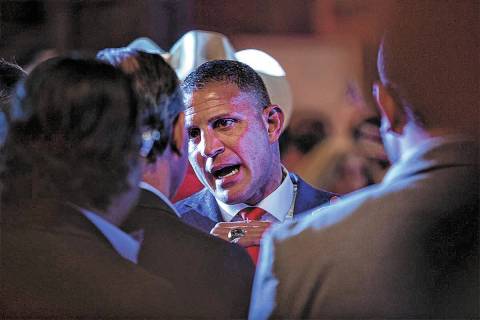 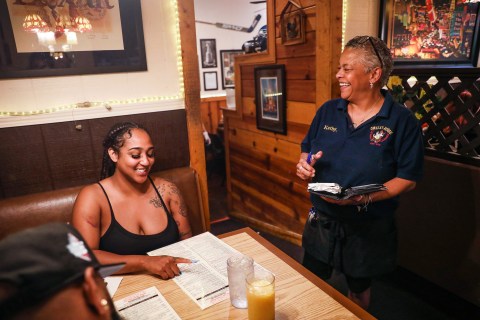