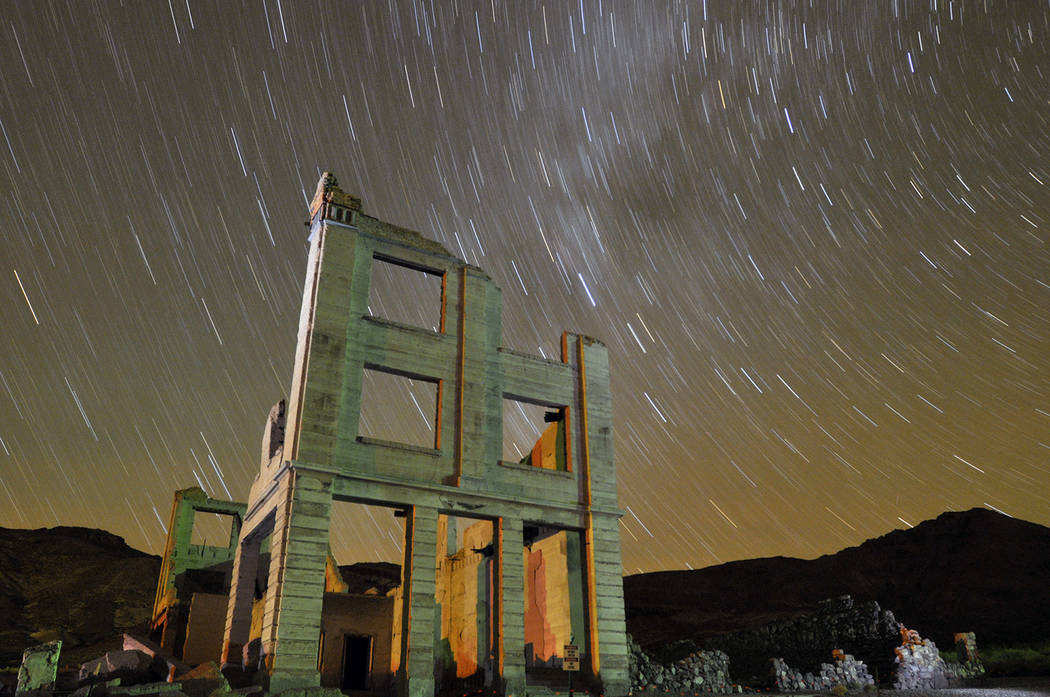 Ruins of the Cook Bank building in Rhyolite, Nev., are shown in this time exposure beneath a celestial palette of stars during the Orionids meteor shower early Wednesday, Oct. 21, 2009. (Review-Journal File) 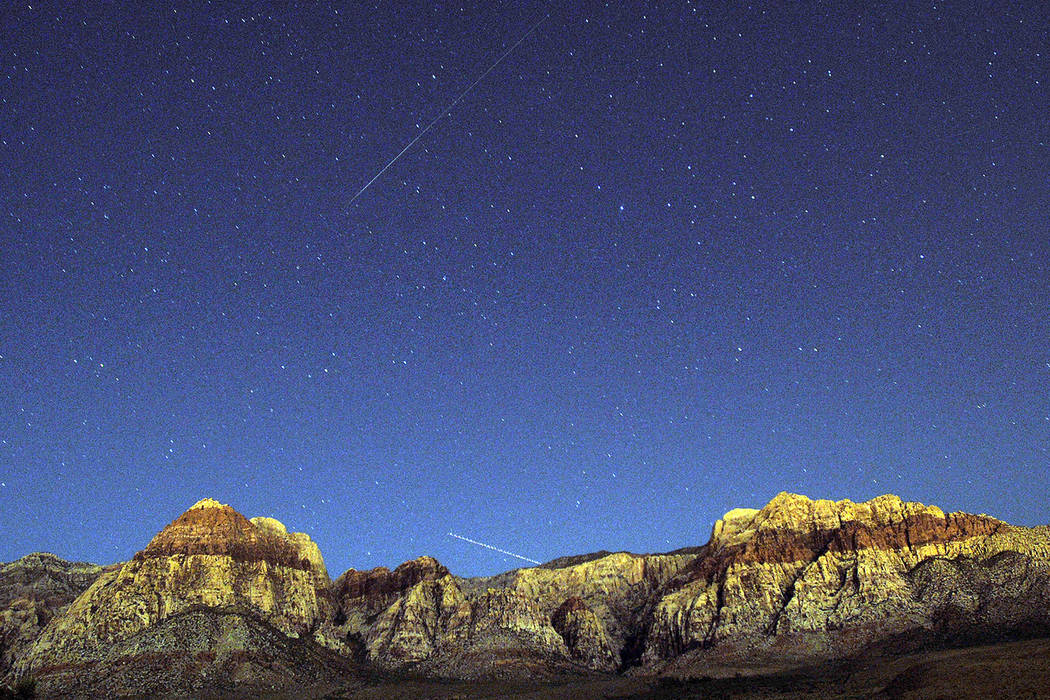 The walls of Red Rock Canyon outside of Las Vegas glow under the celestial lights late Tuesday, Aug. 11, 2009 as shooting stars fly though the skies from the Perseid meteor showers. (Review-Journal File) 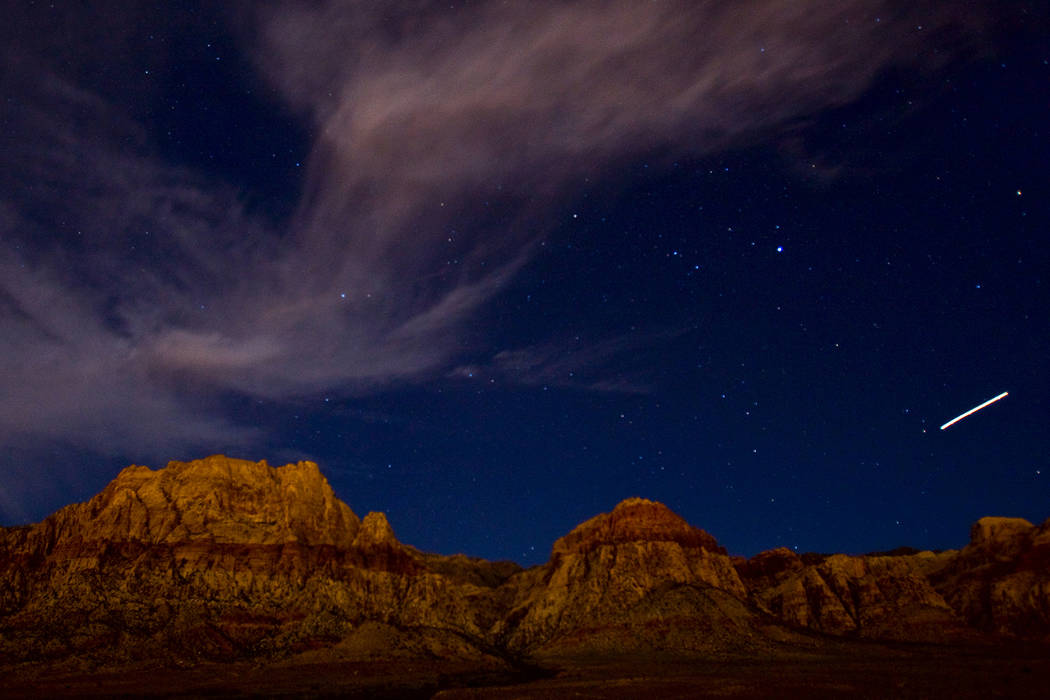 A meteor streaks across the sky in this time-lapse photograph at Red Rock Canyon National Conservation Area taken during the annual Perseid meteor shower on Wednesday, August 12, 2009, outside of Las Vegas. (Review-Journal File)

If you like seeing stars in the early mornings, it’s time to enjoy some of the better meteor showers of the year.

But it may help to get away from the bright lights of the Las Vegas Strip — past midnight.

As the Earth passes through a debris stream left by Comet Encke, dust associated with the comet hits the atmosphere at 65,000 mph and burns up, creating the Taurid meteor shower, according to NASA’s website.

Most years, the shower is weak and only a few Taurid meteors can be seen each night. But some scientists suspect that the 2019 Taurids may produce a high concentration of visible fireballs.

Although the number of storms may vary, mid-October through mid-December is generally a period of heavy meteor activity, according to the American Meteor Society.

The Orionids during the second half of October have a prolonged, plateau maximum for several nights. The peak nights are Oct. 21-22 when the moon will be about 45% full.

In a normal year, the Orionids produce 10 to 20 shower members at maximum.

For the best results, find a dark spot outside of Las Vegas, ideally free from light pollution. Make yourself comfortable in a reclining chair and wear plenty of warm clothing. On a good night you might see 10 to 20 meteors per hour.

Click here for more details on the various meteor showers during the year. 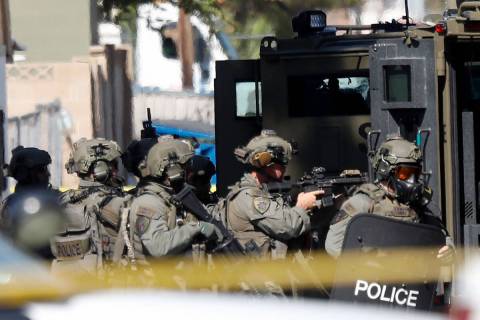 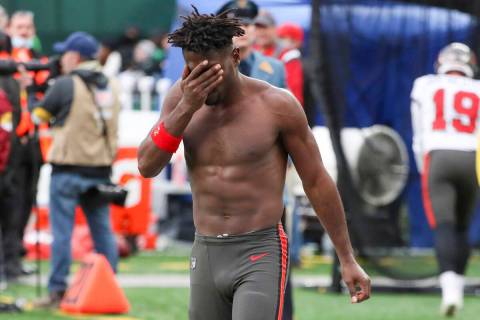 Evan Savar acquired the rights to NFT the video footage, originally captured from a fan’s camera phone and valued at potentially as much as $1.5M, and is auctioning it on ViralHeir.com. 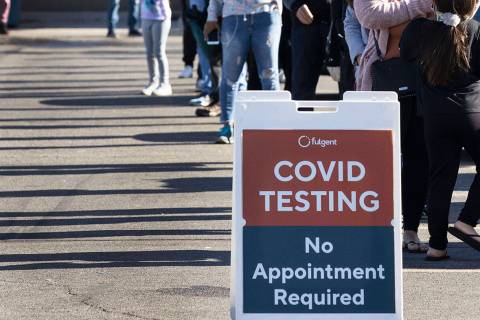 As coronavirus persists, some experts say we must learn to coexist
By Mary Hynes / RJ

Last year’s optimism that the world might vanquish the new coronavirus has been replaced in 2022 with a growing resignation that it is here to stay. 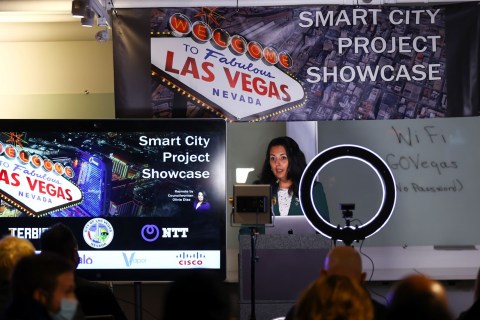 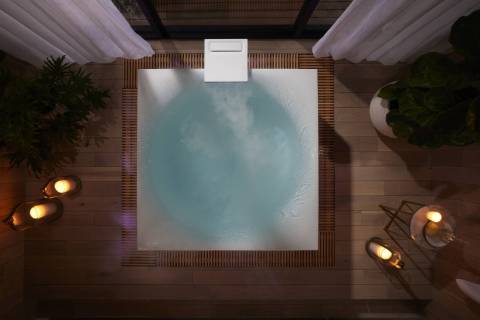 At CES, many companies are showing off their new or soon-to-be released products designed to make bathing, grooming and mirror-gazing even easier. 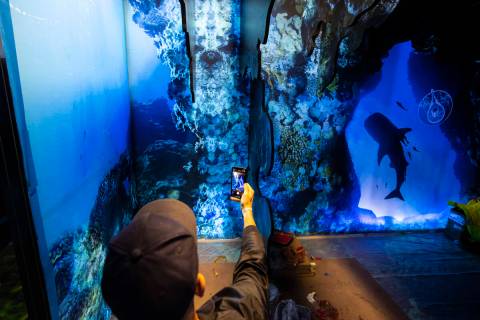 Take some really cool selfies and help save the planet at Arcadia Earth, a new immersive art exhibit. 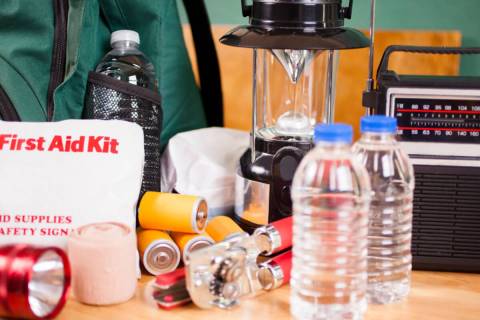 How to prepare for an earthquake: 15 steps you can take now
By Annalise Mantz Stacker.com

While taking these steps would be helpful for residents across the country, anyone who lives in one of the most earthquake-prone areas of the United States should pay particular notice to this plan. 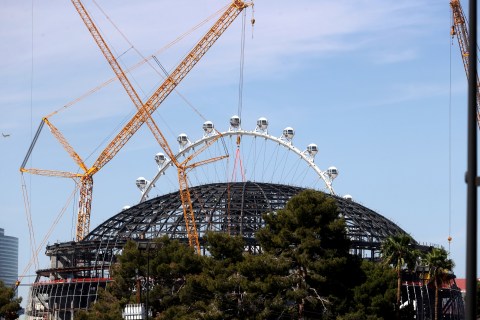 MSG Entertainment Corp. won a competition that will enable the camera creating content for the MSG Sphere at The Venetian to be tested by scientists on the space station. 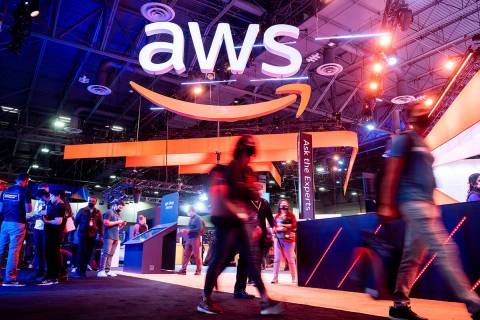