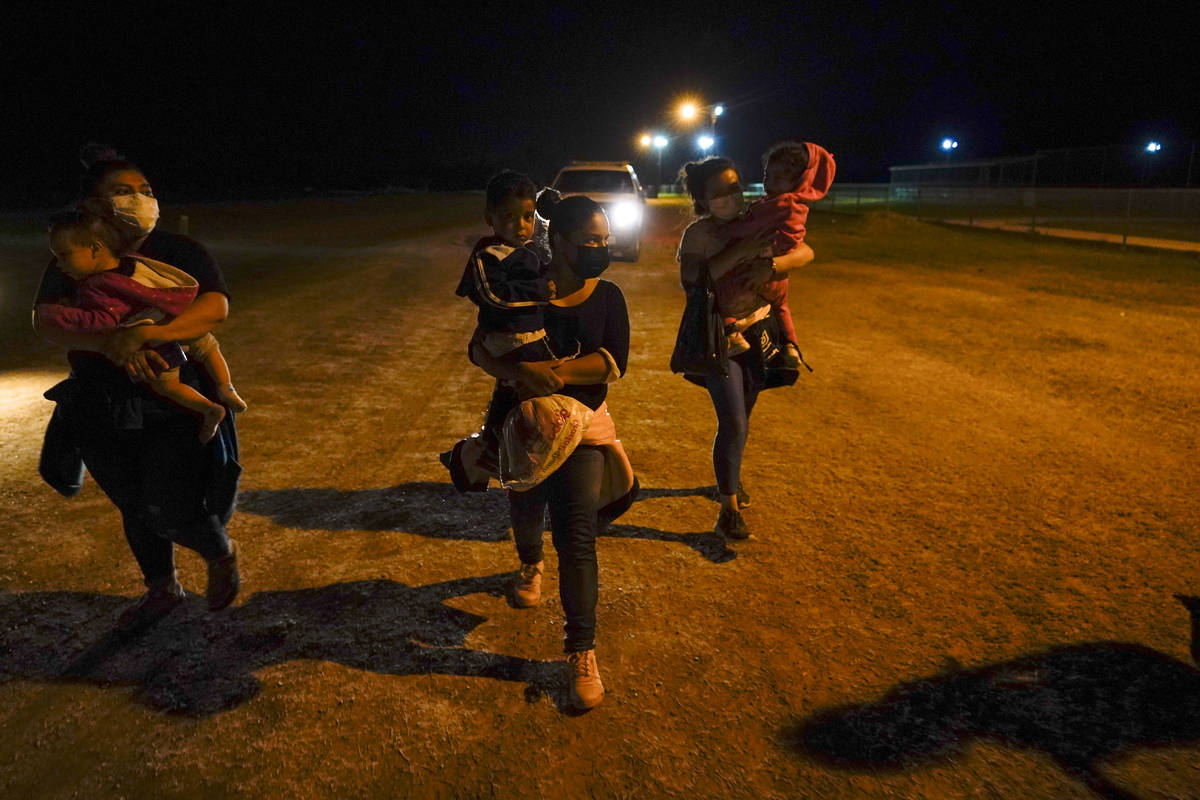 Migrant women carry children in the rain at an intake area after turning themselves in upon crossing the U.S.-Mexico border, late Tuesday, May 11, 2021, in La Joya, Texas. The U.S. government continues to report large numbers of migrants crossing the U.S.-Mexico border with an increase in adult crossers. But families and unaccompanied children are still arriving in dramatic numbers despite the weather changing in the Rio Grande Valley registering hotter days and nights. (AP Photo/Gregory Bull)

If only the Biden administration’s actions on the southern border matched its current rhetoric.

Last week, Vice President Kamala Harris traveled to Guatemala and Mexico. Her visit was in response to the explosion of illegal immigration that has occurred since the beginning of the Biden administration.

During her trip, Harris said the right things.

“Do not come. Do not come,” she said while standing alongside Guatemalan President Alejandro Giammattei. “The United States will continue to enforce our laws and secure our borders.”

President Joe Biden reversed that policy. In February, that number shot up to 9,300. It was 18,700 in March. The monthly total has been more than 13,900 since. That surge created a host of other problems, including overwhelmed holding facilities. The national mainstream media weren’t as outraged about this when it was the Biden administration putting “kids in cages.”

The moral hazard this policy created was obvious from the start. Biden incentivized parents to send their children across the border alone. In one horrific video, human smugglers dropped a 3-year-old and 5-year-old over a 14-foot border wall in a remote area. If Border Patrol agents hadn’t rescued them, it’s hard to imagine they would have survived.

That’s not all the Biden administration has done to gut border security. The president ended the “remain in Mexico” policy put in place under Trump. That required asylum seekers to stay in Mexico while their claim was processed. Now, those who claim asylum are ushered into the country. Some aren’t even given court dates. Biden canceled wall construction projects Trump wanted. He issued a 100-day deportation moratorium. A federal judge later blocked that, but deportations by ICE in April fell to record lows anyway.

He’s also sent other signals that illegal immigrants are welcome. On his first day in office, Biden sent an amnesty bill to Congress. His rhetoric has been much more welcoming than what came from Trump.

After Biden took office, “the message changed too: ‘We’re going to reunite families, we’re going to reunite children,’ ” Giammattei, the president of Guatemala, said. “The very next day, the coyotes were here organizing groups of children to take them to the United States.”

The current surge of illegal immigration was predictable. That leads one to wonder: What if the status quo — an overwhelmed border with vast numbers of illegal immigrants entering the country and unlikely to ever be removed — is the plan?

But if the Biden administration’s goal was open borders, this is how it might go about it. Mouth words about enforcing borders. Trust the national mainstream media won’t pay too much attention to what would have been multi-day scandals under Trump. Then, let in large numbers of illegal immigrants while the media fawn over what flavor of ice cream Biden is having. 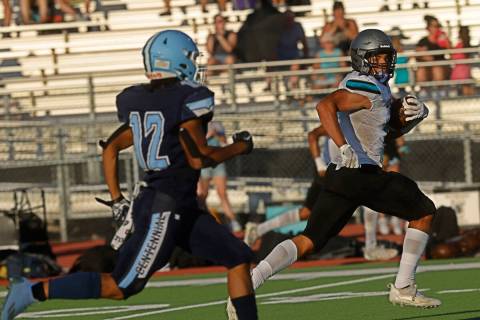