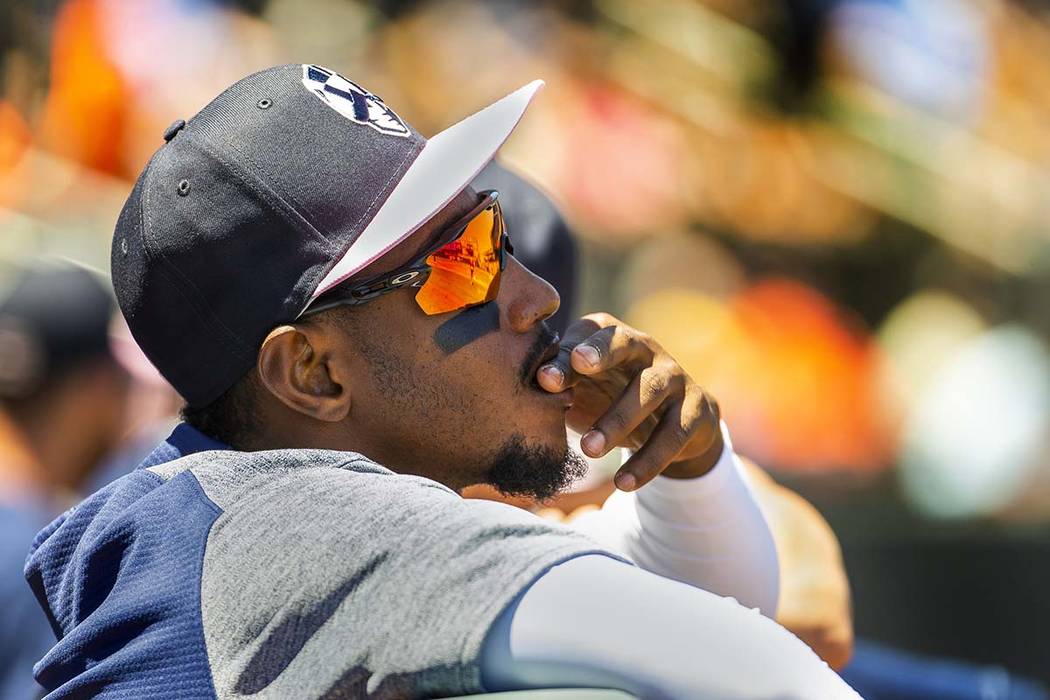 The Aviators (74-52) took the opener of the three-game series and kept pace with El Paso atop the PCL’s Pacific Southern Division. The Chihuahuas beat Fresno, 9-1.

With Las Vegas trailing 5-3, Mark Payton led off the ninth with a single off Magnifico, who came in to start the inning. Franklin Barreto followed with a ground-ball double to left field that scored Payton, and Jonah Heim doubled to center field to plate Barreto.

Pinch runner Trace Loehr replaced Heim, and Mateo followed with a bunt single back to the mound. Magnifico (2-1) threw the ball away at first base, allowing Loehr to score.

J.B. Wendelken (6-2) earned the win for the Aviators with two innings of two-hit relief.

The Aces (59-67) scored four runs in the eighth, highlighted by Tim Locastro’s bases-loaded double, to take a 5-3 lead.

The Aviators continued their seasonlong power show with Seth Brown hitting a pair of solo homers — his 36th in the second inning and 37th in the fourth — and Barreto following with a bases-empty shot, his 17th, in the seventh

■ 2020 schedule: The Aviators will open April 9 against the Albuquerque Isotopes, according to a schedule released Monday by the team. The team’s second Pacific Coast League season affiliated with the Oakland Athletics will feature a 140-game schedule, with 70 home games at Las Vegas Ballpark.

The schedule breaks down with 12 home games in April, 15 games each in May and June, 10 games in July, 14 games in August and four games in September. The last game of the 2020 season will be Sept. 7.