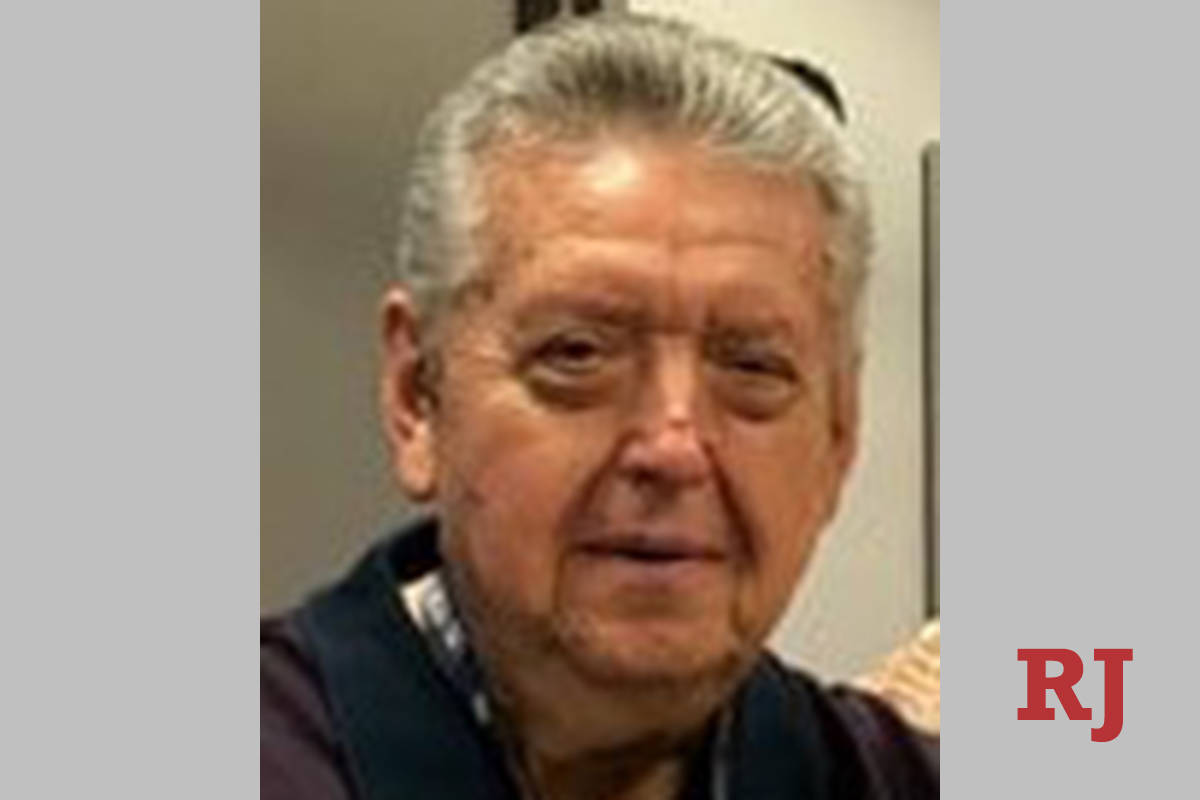 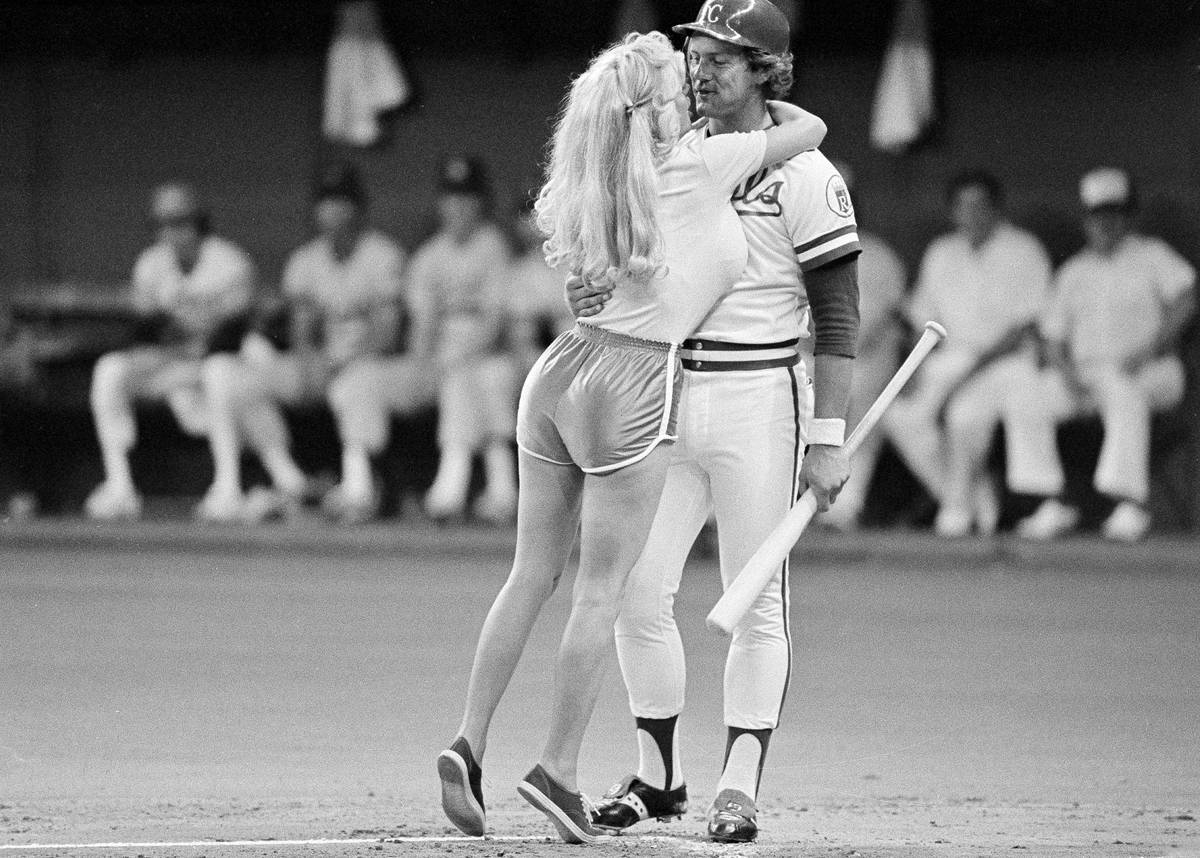 Kansas City Royals George Brett gets a hug and kiss from a woman in short-shorts during the All Star game at Seattle's Kingdome, July 17, 1979. The woman was then ushered off the field by security guards (AP Photo)

Longtime Aviators, 51s and Stars vice president of security/operations Nick Fitzenreider died July 2 after battling leukemia. According to his obituary — and Aviators president Don Logan — Fitz was “a man’s man in every way, a big man afraid of nothing and no one.” Added Logan: “One of the greatest dudes ever.”

2. Fitz and Morganna, The Kissing Bandit

Most of Nick Fitzenreider’s 32 years with the ballclub were spent behind the scenes — except the night of July 11, 1990, when he “apprehended” Morganna “The Kissing Bandit” after she ran onto Cashman Field to plant a smooch on Stars third baseman Eddie Williams during the Triple-A All-Star Game. Little known fact: Morganna also kissed Fitz in the dugout tunnel.

Nolan Ryan drops to one knee as Morganna "The Kissing Bandit" approaches. pic.twitter.com/1C1q4nZbWo

During the last four games of a recent Aviators vs. Reno Aces series at Las Vegas Ballpark, the winning team scored 18, 15, 21 and 16 runs, with the teams combining for 37 runs in one game (Reno won 21-16). In Thursday night’s game in Reno, they combined for one. The Aces won 1-0.

What were the chances the Aviators and Aces would play another low-scoring game on Friday night? Apparently not very good. Reno won 12-10.

The A’s called up Jacob Wilson on Thursday, meaning that at 30 years old and having played in 802 minor league games in which he logged 2,819 at-bats, the Aviators’ utility man finally is poised to make his major league debut. He’s like Crash Davis in the movies, except he never has dated Susan Sarandon. As far as anybody knows.

Aviators outfielder Austin Beck has three hits in 18 Triple-A at bats. Each was a two-run homer. This is a streak that probably won’t last forever.

baseball is scary because a game could theoretically last forever. a certain number of events must transpire to end the game, but there’s no clock, no countdown. even a single inning could last eternally. every time a baseball game begins, there’s a chance it will never end

On the topic of dubious numbers, here is another set of five to consider while root, root, rooting for the home team: 4.55, 6.15, 6.17, 8.10, 10.38. Those were the earned-run averages of the Aviators’ current starting rotation — Paul Blackburn, Brian Howard, Daulton Jefferies, Miguel Romero and Jesus Luzardo — before Luzardo lowered his to 8.20 with 4⅔ shutout innings in Thursday’s 1-0 loss at Reno.

The correct answer is Jerry Royster, who won 323 games in five years as the Las Vegas skipper. Backman was next with 309, followed by Brown with 150 and Smith with 148. 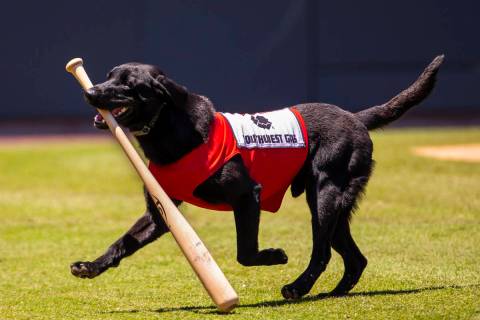 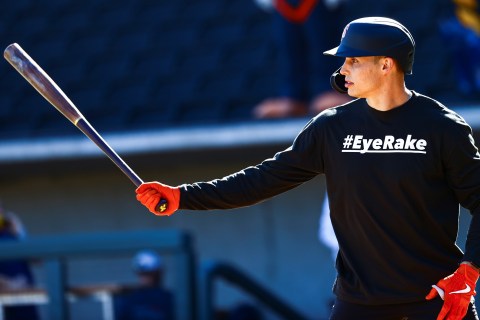 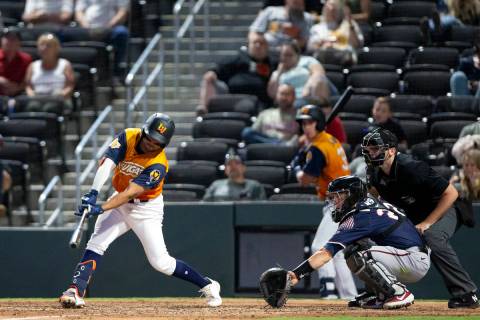 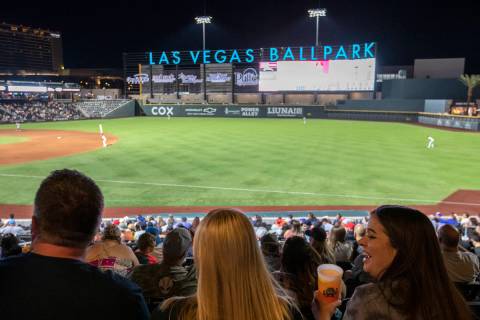 If the Oakland Athletics aren’t able to strike a deal to land a new ballpark in Northern California and find their way to Las Vegas they could play in Southern Nevada even before a new stadium is built in the area.