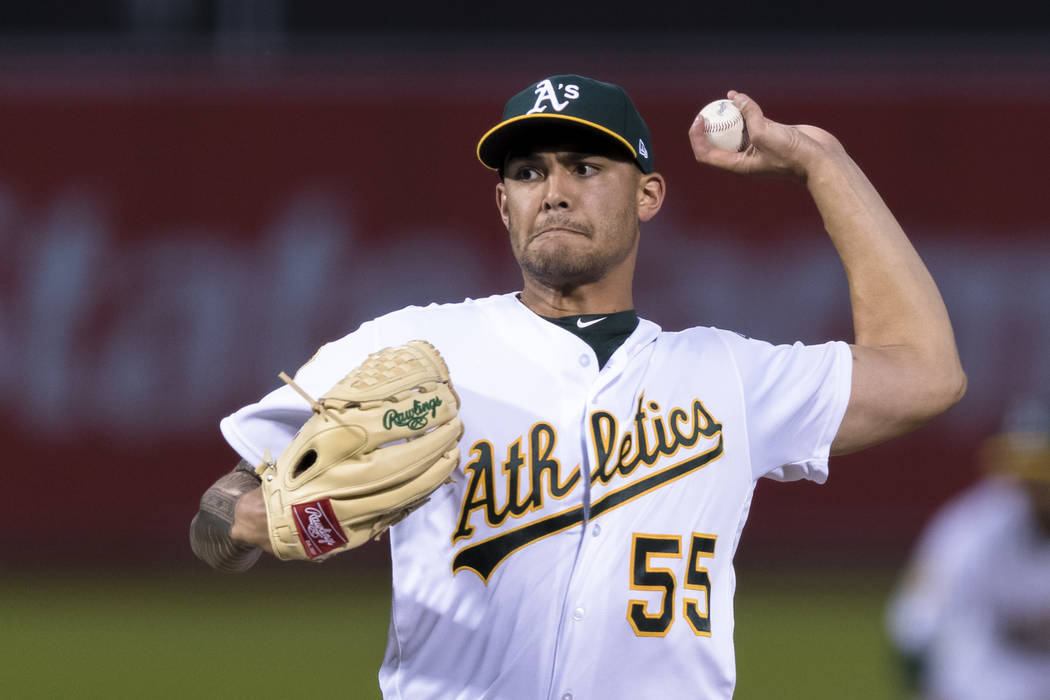 The Aviators (71-50) took three of four games in the series and went 5-2 on their Midwest road swing that included three games against the Iowa Cubs.

The team is off Wednesday and will return to Las Vegas Ballpark on Thursday for the start of a four-game series against the Albuquerque Isotopes.

Barreto hit his 15th home run of the season in the second inning to put Las Vegas up 3-1 and Neuse delivered his 23rd, a solo shot in the eighth for a 4-1 lead.

Neuse also had a pair of singles.

Sean Manaea (1-1) worked the first 5⅔ innings for the Aviators, allowing four hits, one run and two walks while striking out five. Parker Dunshee worked the final three innings for his first save.

Kelvin Gutierrez hit a bases-empty homer in the ninth, his ninth of the season, for the Storm Chasers