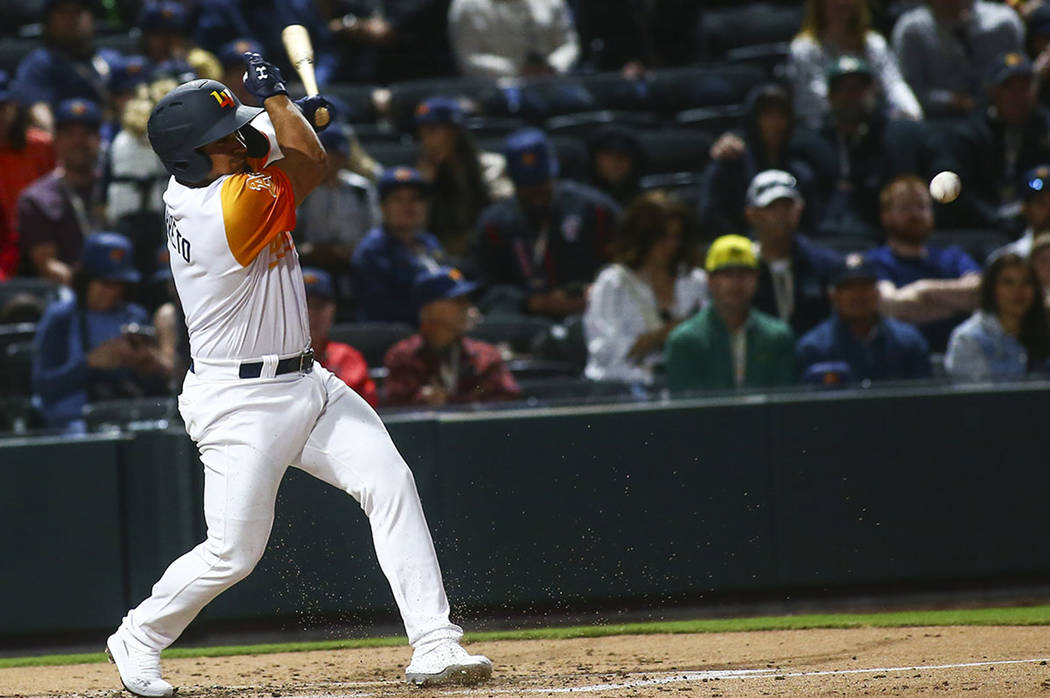 Franklin Barreto hit a tiebreaking homer, singled and drove in three runs as the Las Vegas Aviators moved to 20 games over .500 with a 6-5 Pacific Coast League victory over the Omaha Storm Chasers on Saturday at Werner Park in Papillion, Nebraska.

The Aviators won for the 10th time in their past 14 games to move to 69-49 on the season. Las Vegas maintained its one-game lead over the El Paso Chihuahuas (68-50) in the PCL’s Pacific Southern Division.

Barreto stroked a two-out, two-run single into center field in the fifth inning to put the Aviators up 5-1. He snapped a 5-5 tie with a solo home run, his 13th of the season, on a deep fly to right-center to lead off the eighth.

Barreto’s homer made a winner of Las Vegas reliever A.J. Puk (4-1), who blew his second save by giving up a tying homer to Omaha’s Brett Phillips in the seventh.

J.B. Wendelken recorded his second save for the Aviators with 1⅔ innings of one-hit relief.

Seth Brown hit his 32nd home run of the season, a solo shot in the fifth, for Las Vegas.