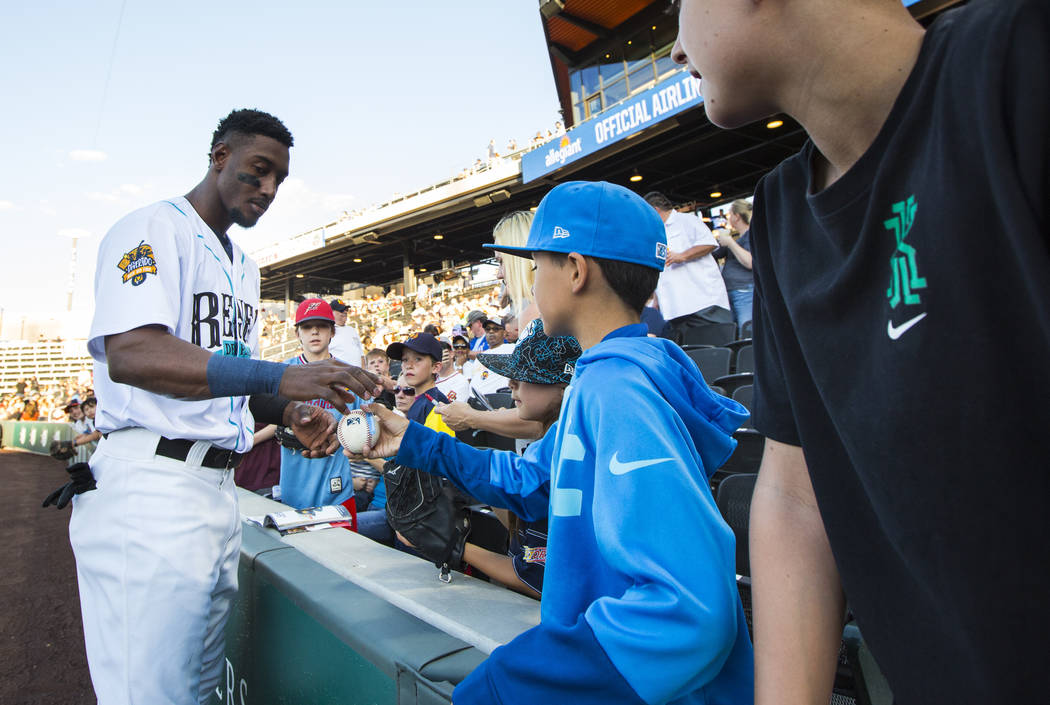 Las Vegas Aviators shortstop Jorge Mateo signs items for a group of young fans before the start of the game against Round Rock Express in "Reyes de Plata" (Silver Kings) uniforms as part of the "Copa de la Diversion" at the Las Vegas Ballpark in the Downtown Summerlin area of Las Vegas on Tuesday, June 4, 2019. (Chase Stevens/Las Vegas Review-Journal) @csstevensphoto 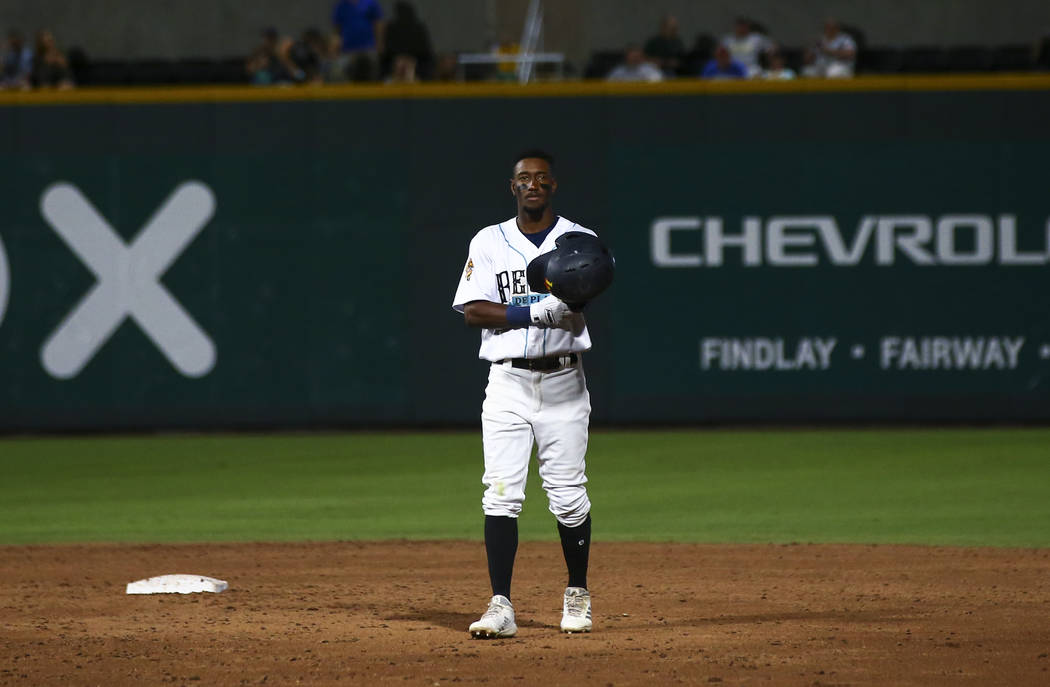 A baseball all-star game isn’t just a big deal in the major leagues. It’s important to minor-leaguers, too.

Voting for the July 10th Triple-A All-Star Game in El Paso, Texas, continues for two weeks and some Aviators have made strong cases about who is best to represent the Pacific Coast League against the International League.

Eighteen Aviators (six pitchers and 12 position players) are on the ballot, including Daniel Mengden and Wei-Chung Wang, who were called up to the parent Oakland A’s after starting the year in Las Vegas.

As for batters, the ballot features shortstop Jorge Mateo, who leads the PCL in hits and is second in runs, and outfielder Seth Brown, who has 13 home runs.

Aviators manager Fran Riordan is responsible for casting the Aviators’ on-field ballot and he understands how difficult making that decision can be.

“You look at the league numbers and you remember the guys that you played against that really stood out as far as performance and ability,” Riordan said. “You put all of those things together and you try to make the best decision you can in making sure the people that deserve to go there end up there.”

The fan vote makes up one-third of the ballots for the July 10th game while managers, coaches and general managers share the other two-thirds.

“In the minors (the league is) trying to get the guys as much attention as possible,” said Aviators fan Clint Arnold, “so a strictly fan vote would be bias because I feel like in the minors you may not know the other team’s players as well as the major league level.”

Ballots will allow fans to pick one player for each infield position, three outfielders, a designated hitter, a catcher and four pitchers (two starters and two relievers). Write-ins for any player not listed on the ballot also are accepted.

If given the opportunity to send one Aviator player to the minor league mid-season classic, Arnold gave a reluctant answer.

“I think I’d have to go with Mateo,” he said. “I was looking at his numbers earlier and he’s got like a .335 batting average and that’s kind of crazy.

“I know batting averages and hitting in general is a little higher in the PCL but .335 is still kind of nuts.”

Riordan said he tells players who might feel snubbed when the results are announced to not take it personally.

“It happens every year and it’ll probably happen again this year,” he said. “We’ve got a lot of guys that are deserving to go and for whatever reason if the voting doesn’t go their way you just have to kind of use it as a motivational tool.

“Guys are prideful and they want to make the all-star team, guys want to show that they are the best of the best.”

Terrel Emerson covers the Aviators for the Review-Journal. He can reached at temerson@reviewjournal.com.