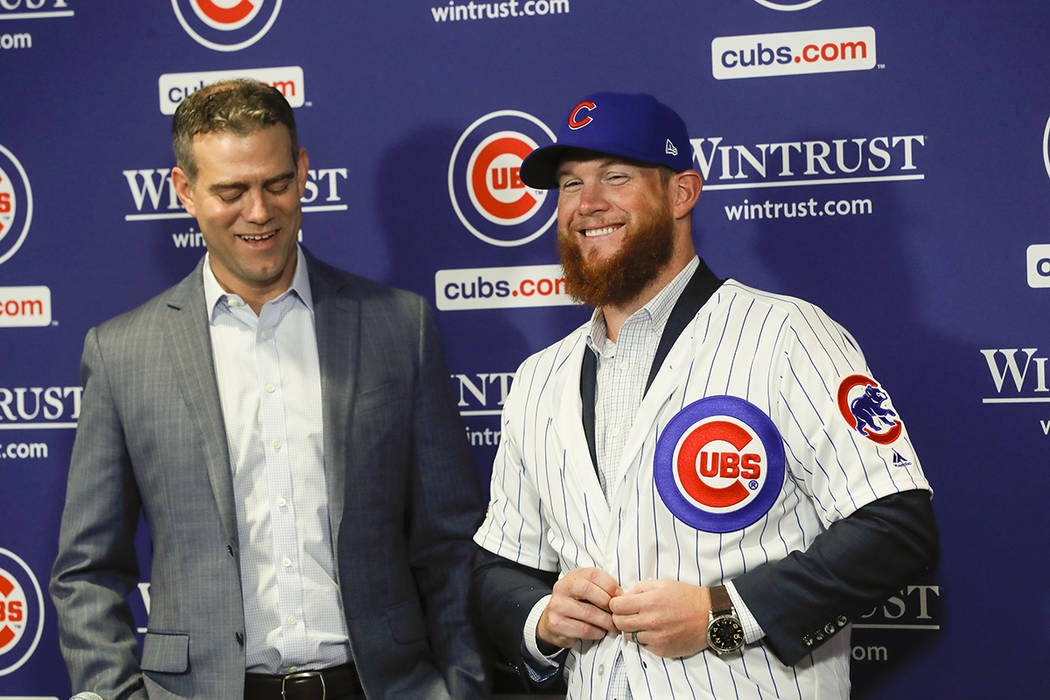 Kimbrel, a seven-time All-Star, was recalled from Triple-A Iowa before the afternoon series finale between the NL Central and East leaders. The Cubs announced the move after their 5-3 loss to the Braves on Wednesday night.

“I’m not going to use him for more than three outs early on,” manager Joe Maddon said, “but as we build into to this, just listen to him and his body.”

Kimbrel and the Cubs finalized a $43 million, three-year contract on June 7. The 31-year-old reliever has 333 career saves, including 42 last season for World Series champion Boston.

Kimbrel pitched in four games for Iowa, allowing one run and two hits in 3 2/3 innings.

Maddon said he’s not worried about Kimbrel’s finish with Boston.

“For me, it’s like coming out of spring training right now,” Maddon said. “I just want to get to know him and have him get to know me. We’ll figure it out.”

Kimbrel missed the first half of the season after turning down a $17.9 million qualifying offer from the Red Sox in November, making him a free agent.