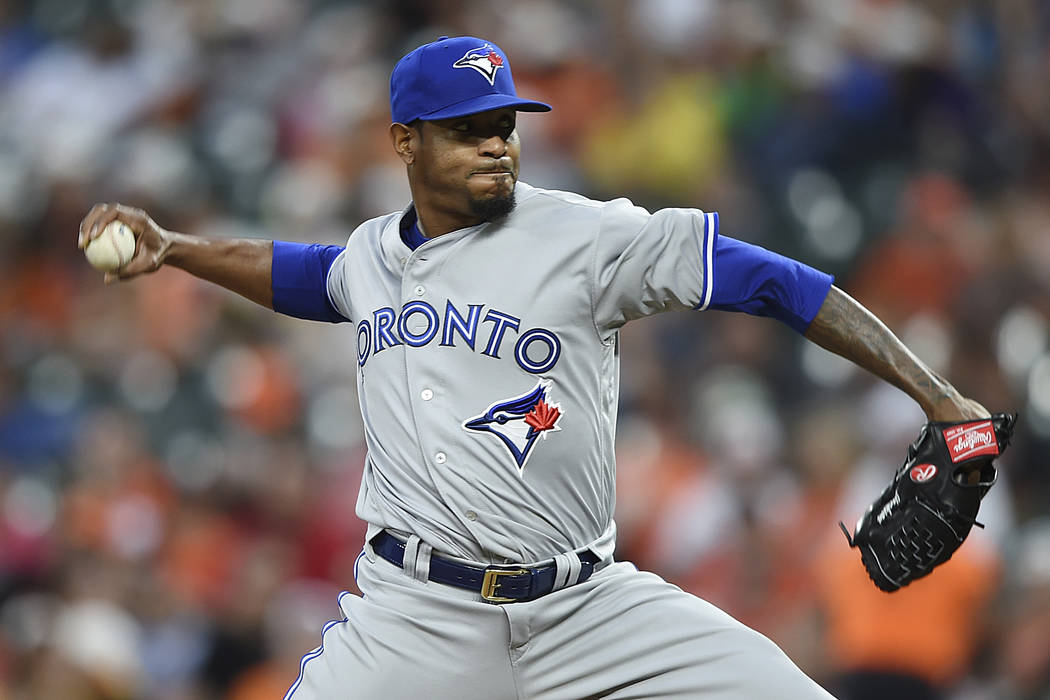 DETROIT — Right-hander Edwin Jackson has agreed to a minor league contract with the Detroit Tigers and will report to Triple-A Toledo.

The 35-year-old was 1-5 with an 11.12 ERA this season for Toronto, his record 14th major league team over a 17-year big career. The Blue Jays, who acquired him from the Oakland Athletics on May 11 for cash considerations, released him on Friday.

Jackson made two starts with the Las Vegas Aviators this season, posting an 8.38 ERA over 9⅔ innings.

He was an All-Star with the Tigers a decade ago, threw a no-hitter the next year with Arizona and helped St. Louis win the World Series in 2011.

Detroit traded Jackson in 2009 as part of a three-team deal with the New York Yankees and Arizona, trades that brought right-hander Max Scherzer and outfielder Austin Jackson to the Tigers.