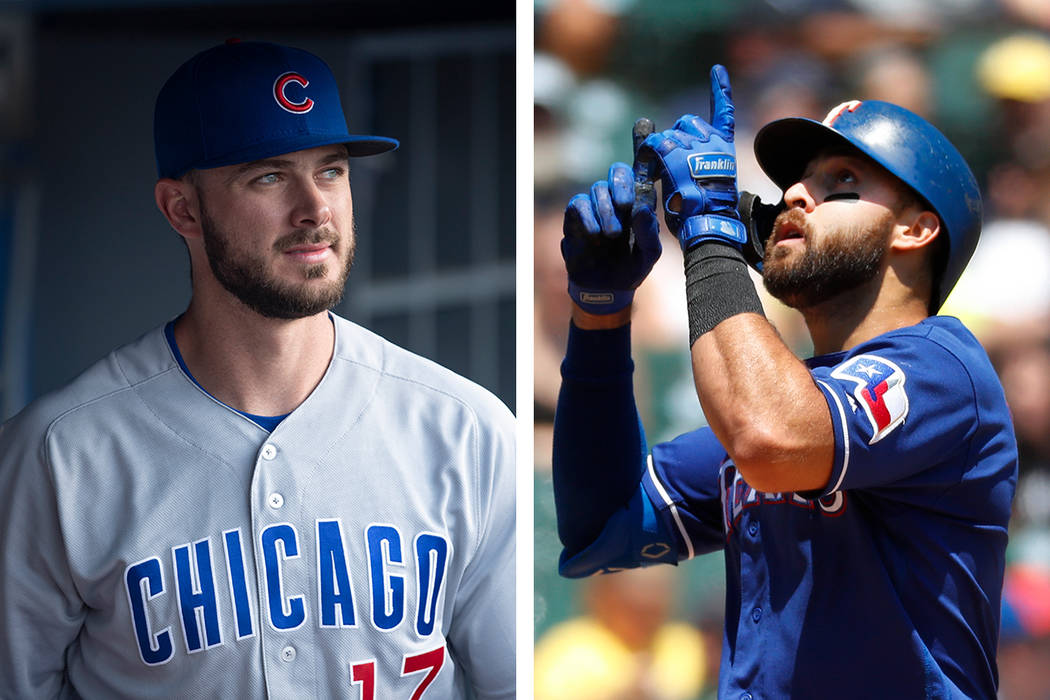 Bryant, the Chicago Cubs third baseman and Bonanza High School product, received 23 percent of the vote, falling to to Nolan Arenado of the Colorado Rockies for the National League.

Gallo, the Texas Rangers center fielder and former Bishop Gorman standout, was seventh in the voting with 7.8 percent in the American League outfield race.

Gallo, who was activated this week after a nearly monthlong stay on the injured list, homered twice Thursday in the Rangers’ 3-1 victory over the Detroit Tigers. He is hitting .279 with 19 homers and 44 RBIs for Texas, which has a half-game lead over the Cleveland Indians for the second AL wild card spot.

The AL starters in the outfield are Mike Trout of the Los Angels Angels and George Springer and Michael Brantley of the Houston Astros.

Bryant and Gallo still can make their respective league rosters when pitchers and reserves are announced at 2:30 p.m. Sunday.

Bryce Harper (.246, 14 HR, 55 RBIs; Las Vegas High, College of Souther Nevada), who made six All-Star teams with the Washington Nationals, is a long shot to make the NL squad in his first season with the Philadelphia Phillies.

The All-Star Game is scheduled for July 9 at Cleveland’s Progressive Field.