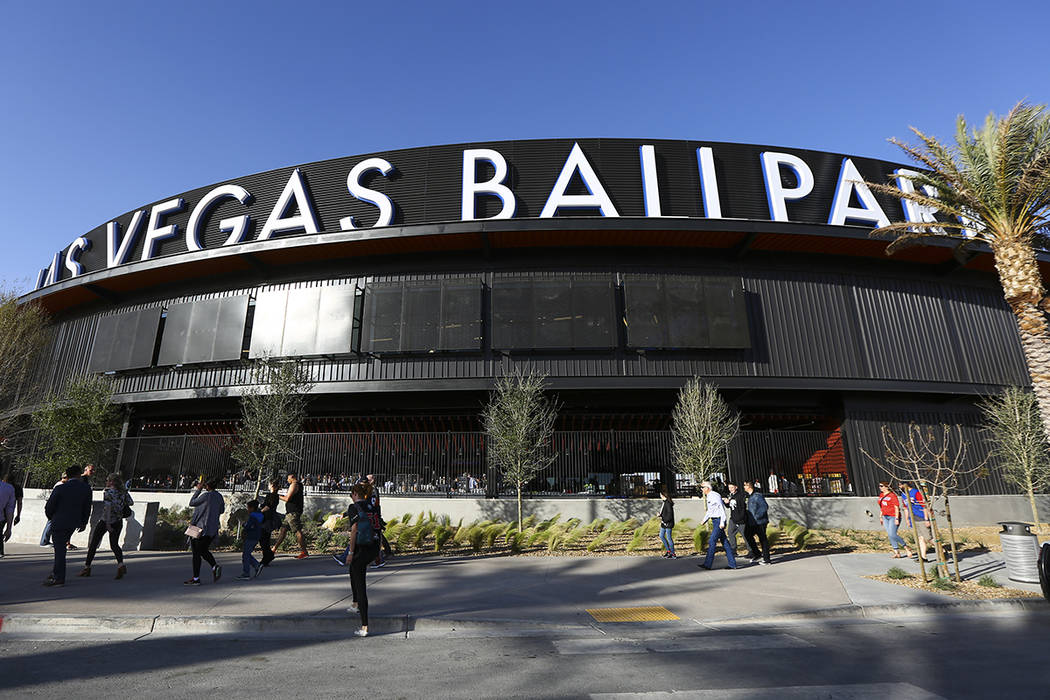 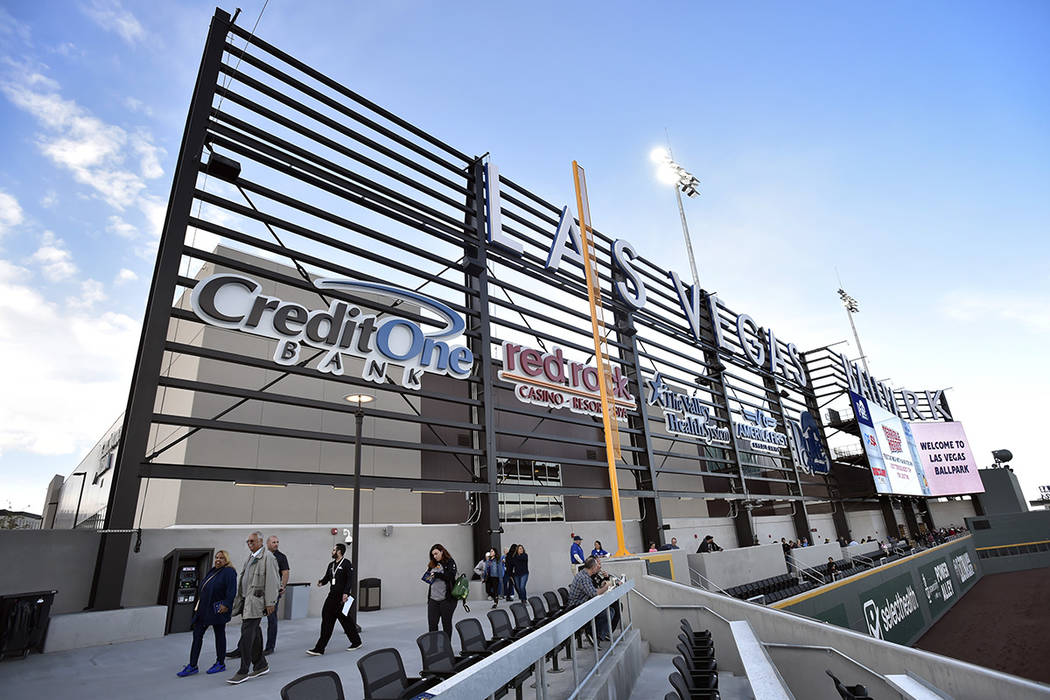 Spectators walk along near left field before the Las Vegas Aviators play the Sacramento River Cats at the Las Vegas Ballpark Thursday, April 11, 2019, in Las Vegas. The Ballpark allows fan to walk in a complete circle around the field. (David Becker/Las Vegas Review-Journal) Follow @davidjaybecker

Las Vegas Ballpark has been voted the 2019 Minor League Baseball Triple-A Best of the Ballparks, according to a fan vote organized by Ballpark Digest.

More than 85,000 fans contributed to a five-round voting process that crowned the first-year stadium over Southwest University Park of the El Paso Chihuahuas, 55.6 percent to 44.4 percent.