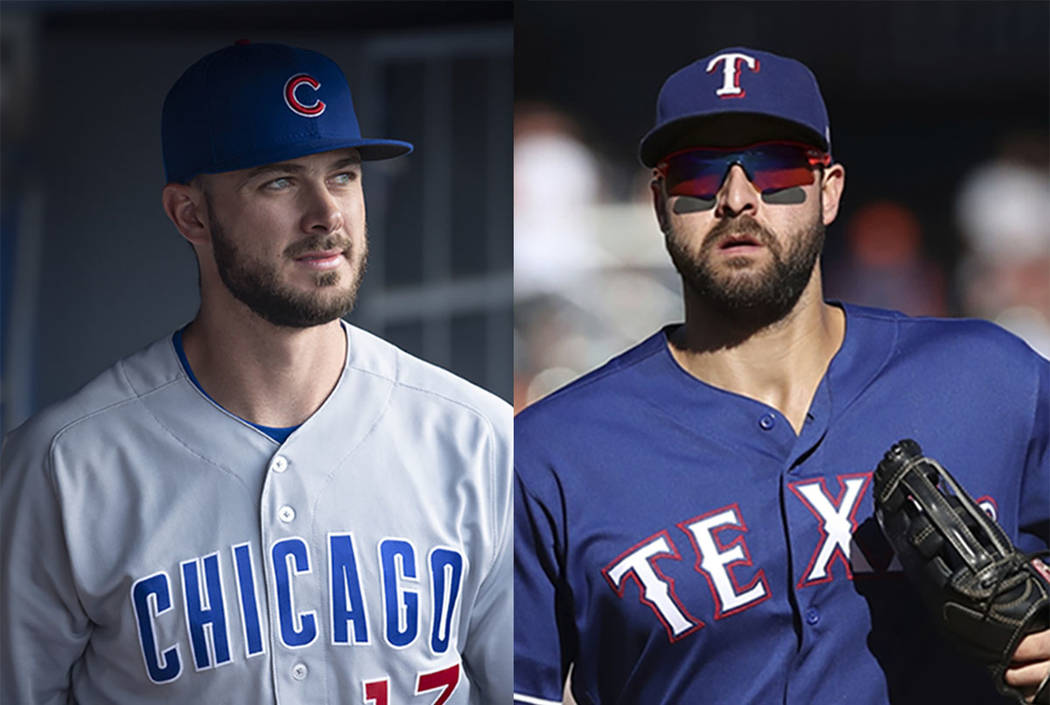 Bryant, who will be making his third All-Star Game appearance in five years, is hitting .287 with 16 home runs and 41 RBIs for the Chicago Cubs. The former Bonanza standout made the National League roster in his first two seasons (2015-16).

Bryant has rebounded from a 2018 season plagued by a left shoulder bruise. He finished third in the fan voting among NL third basemen behind starter Nolan Arenado of the Rockies (51.9 percent) and Josh Donaldson of the Braves (25.1 percent).

“This is the most special one I’ve had so far, and it means a lot,” Bryant, who was selected as a reserve in the Commissioner’s Office vote, told the Chicago Tribune on Sunday.

This year’s game will be played July 9 at Cleveland’s Progressive Field.

“Last year didn’t go the way I wanted it to, but I got through some things. It’s paid off,” Bryant said. “I’m still not done. It’s the halfway point. There are a lot of games left to play, but it feels nice.”

Gallo, meanwhile, is enjoying his first selection to the midsummer classic. The former Bishop Gorman star is hitting a career high .296 with 20 HRs and 46 RBIs while patrolling center field for the Texas Rangers.

“I feel like I’m starting to put it together a little bit,” Gallo said. “I’ve always known I could be a special player. I knew it was a matter of time. It’s a pretty special honor for me.”

For just the second time in his eight-year career, Las Vegas High’s Bryce Harper will have an extended All-Star break. Harper, who signed a 13-year, $300 million contract with the Philadelphia Phillies after seven seasons with the Washington Nationals, is hitting .243 with 14 HRs and 55 RBIs.

Alonso, who set the franchise rookie record for home runs in a season, is hitting .276 with 28 HRs and 62 RBIs. Alonso also will take part in the Home Run Derby.

With the reserves and pitchers finalized Sunday, the American League’s Houston Astros will have the greatest representation with six players — Alex Bregman, George Springer and Michael Brantley in the starting lineup and Justin Verlander, Gerrit Cole and Ryan Pressly on the pitching staff.

The Dodgers, Brewers and Rockies lead the NL with four players each.