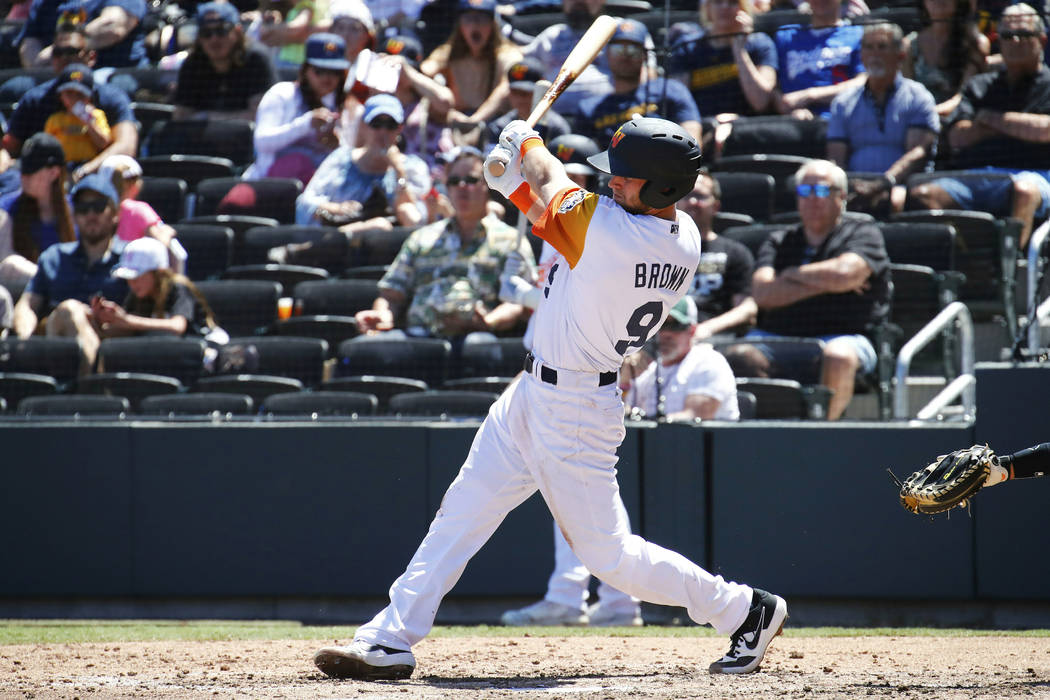 A lot has changed in the 23 days since the Aviators last seen their in-state rival Reno Aces.

The first time around, the Aviators were riding a five-game losing streak. Fast forward to Saturday’s series opener in Reno, and the Aviators enter winners of three of their last four games.

Riordan conceded that his team is playing a more confident brand of baseball heading into this series.

Three of the four games in the series will start at 6:35 p.m. That is important, because the Aviators hold a 1-9 record in day games. Monday’s Memorial Day game is scheduled for 1:05 p.m.

“It’s all about getting into a rhythm,” outfielder Seth Brown said. “That’s all the season is, just getting your routines down and the longer you’re in a season the longer the routines are going to get dialed in.”

Over the course of the first four-game series between the two clubs, Brown experienced ups and downs at the plate.

During the first two games, he batted 5-for-9 with a home run, a triple, three runs batted in and three runs scored. However, in the next two would go 2-for-8 with a walk.

“I mean the pitchers are getting more information on you as a hitter,” Brown said. “Every game you play is just more for them to study and more for them to see what you’re doing so you’re constantly having to make adjustments.”

The Aviators understand that they need to make adjustments this series, with one item of particular importance being performance with runners in scoring position.

In the first four games against the Aces, the Aviators were 7-for-39 (.179) with runners in scoring position.

“It’s a mindset really for us, we all want to do the best we can,” Brown said. “I think the biggest thing for us is understanding that pressure is on the pitcher not on us so I think that’s a big adjustment for me personally.”

Though they were able to split the series and come away with two wins, the Aviators held at least a three-run lead in three of the four games. In addition, the team held a six-run lead twice.

“We’re trying to score every inning, we’re ready to come out and get on base in the first and score some runs,” Riordan added. “Sometimes its just a matter of getting some quality at-bats strung together and maybe a couple of breaks like some bases on balls.”

Riordan choosing to go with two pitchers that have yet to pitch against Reno this season in right-handers Parker Dunshee (0-1, 5.56 ERA) and Jake Buchanan (3-1, 5.87 ERA).

“Any time a team hasn’t seen a starting pitcher, they only can go on scouting reports,” Riordan said. “It’s always different to read scouting reports than it is to actual step in the box against these guys so it’ll be a fresh look for them, and I know our guys are excited to start this next series.”

In his first start against the Aces, Alexander went six innings, allowing four runs on six hits including two home runs. He struck out four and walked two in a losing effort.

Blackburn, on the other hand, won his first meeting with Reno after he pitched six scoreless innings, yielding three hits while striking out four.