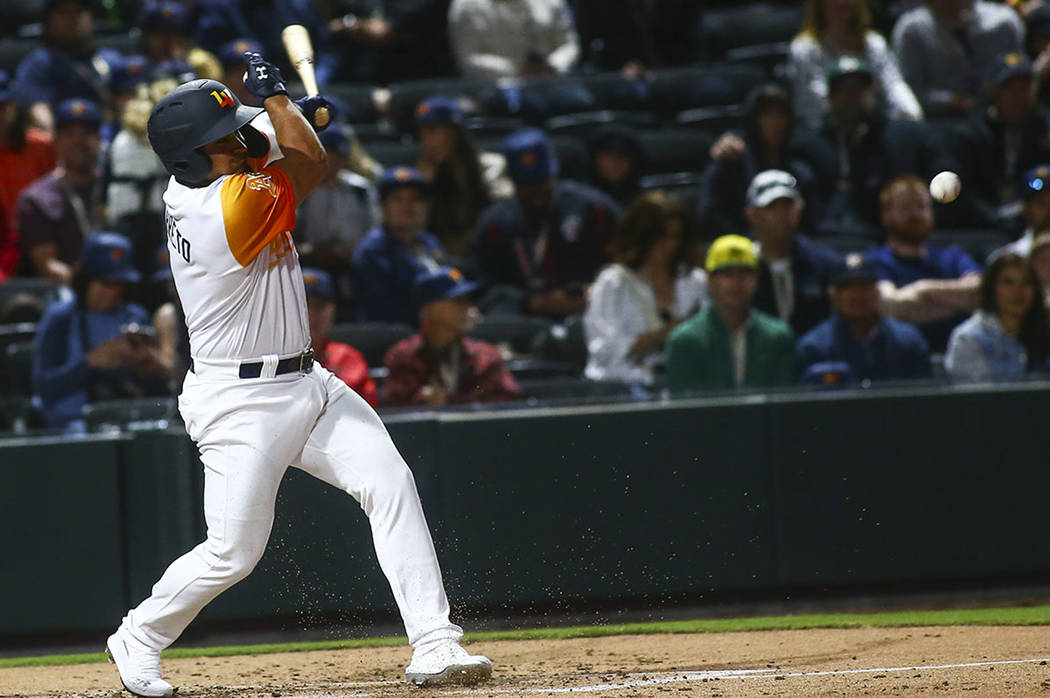 To say Thursday’s game at Las Vegas Ballpark got out of hand would be an understatement.

Round Rock pounded out 24 hits, scored 13 times in the seventh inning and the Express cruised to a 26-11 win over the Aviators in front of 9,767 fans.

Nick Tanielu and Kyle Tucker each hit two home runs. Tanielu and Taylor Jones each drove in six runs while Tucker had four RBIs for the Express, who took two of three games in the Pacific Coast League series.

Tanielu had a two-run homer in a three-run third inning and a two-run single in the sixth inning to put the Express up 6-1.

Franklin Barreto belted his sixth home run of the season, a two-run shot, in the bottom of the inning to trim the Aviators’ deficit to 6-3.

Then the roof caved in on Las Vegas.

The Express (36-24) broke open the game in their half of the seventh, sending 19 batters to the plate with 11 Round Rock hitters reaching base safely before the Aviators recorded an out.

Trey McNutt pitched one inning in relief of starter and losing pitcher Jake Buchanan (3-4) and gave up five earned runs. Norge Ruiz relieved McNutt and was tagged for seven earned runs without retiring a batter.

The lone bright spot for the Aviators (33-28) was Barreto, who went 5-for-5 and finished with two homers and four RBIs.