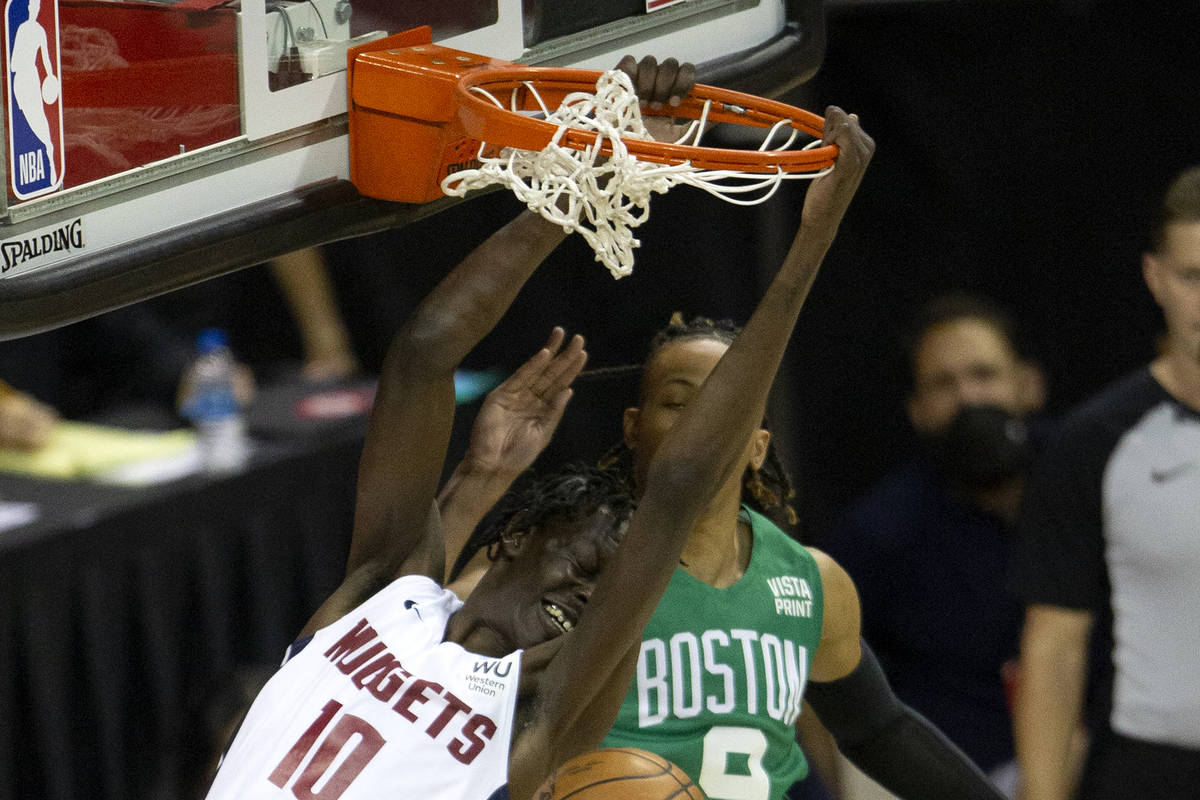 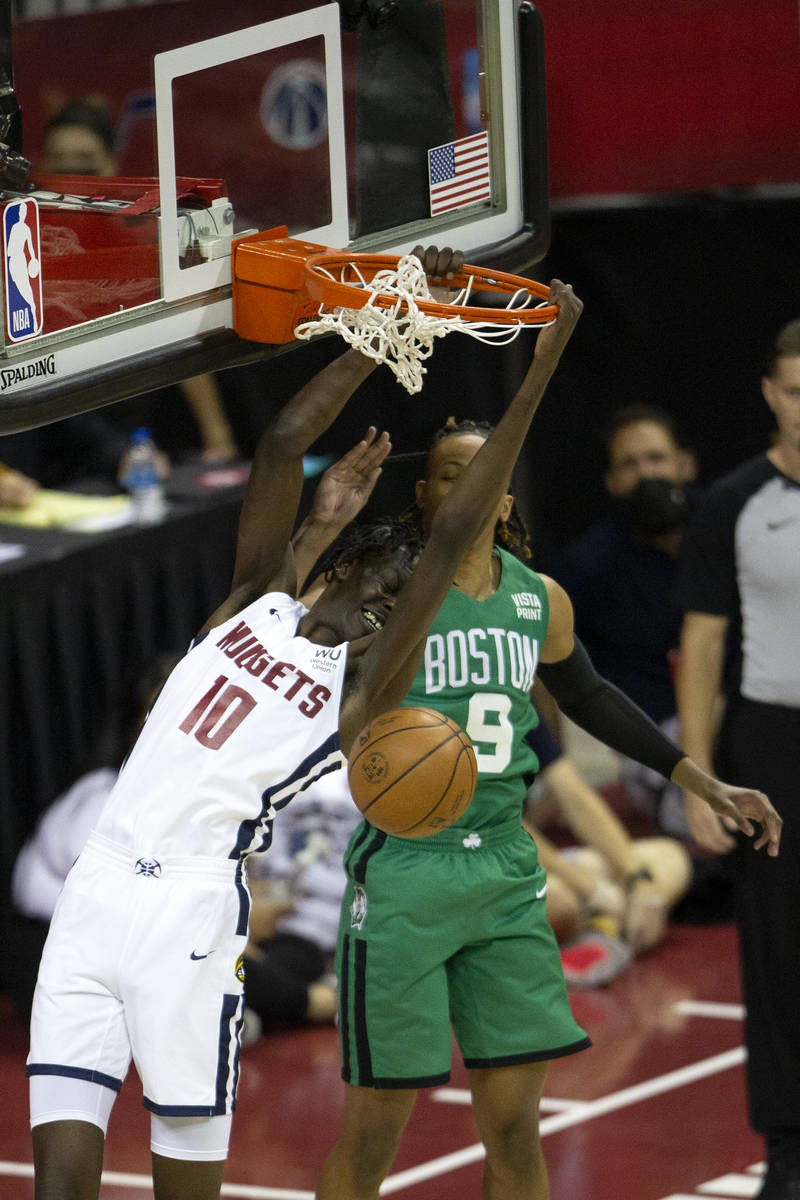 Tuesday was Memphis Grizzlies star Ja Morant’s 22nd birthday, and he celebrated by watching the action at the Thomas & Mack Center. In South Carolina, by the way, Aug. 10 was declared Ja Morant Day after he was named NBA Rookie of the Year last September. There was no immediate word on whether Nevada was considering a similar honor after he chose to spend his special day in Las Vegas rather than his home state.

Hall of Famer David Robinson showed up at Cox Pavilion to watch his old club, the San Antonio Spurs, take on the Chicago Bulls.

Pacers teammates Myles Turner and T.J. Warren took in Indiana’s game against the Hawks at Cox.

“We have a very deep team,” Klask said. “If you’re a young player and you see the guys ahead of you on the depth chart are JaMychal Green and Nikola Jokic, I kind of feel bad for you.

“Bol wants to play meaningful minutes. I mean, it matters to him. I don’t know what else he can do at this level of competition right now. I’m going to play him as many minutes as I can.”

Klask knows the Nuggets might pull the plug on Bol’s time in the Summer League if they have seen enough and want to focus on other players.

Bol, a second-year pro, is getting the minutes in Las Vegas that he’s not receiving with the Nuggets.

He was especially efficient against the Celtics, making 8 of 12 shots, including 3-for-4 on 3-pointers.

“He comes alive when the ball’s in his hands when he knows he’s going to play, knows he’s going to get shots,” Klask said. “If he makes a mistake, I’m not yanking him out. This is a learning environment, and I think he likes that opportunity to play free.”

The first game of the day came down to a dramatic ending.

Max Heidegger stole the and ball under the Pacers’ basket and passed to Sharife Cooper in the corner. Cooper looked down and stepped behind the 3-point line to drill the game winner as time expired to give the Hawks a one-point victory.

Cooper led the Hawks with 21 points, pleasing Trae Young, who jumped to his feet.

If the first game at Cox featured a fantastic finish, the one that followed had an equally amazing comeback.

The Bulls rallied from 22 points down to beat the Spurs by three points.

Easy call with Patrick Williams coming up big for the Bulls when they were down. He scored his 30 points on 10-for-23 shooting, making 4 of 7 from beyond the arc. He also had seven rebounds and a plus/minus rating of plus-15.