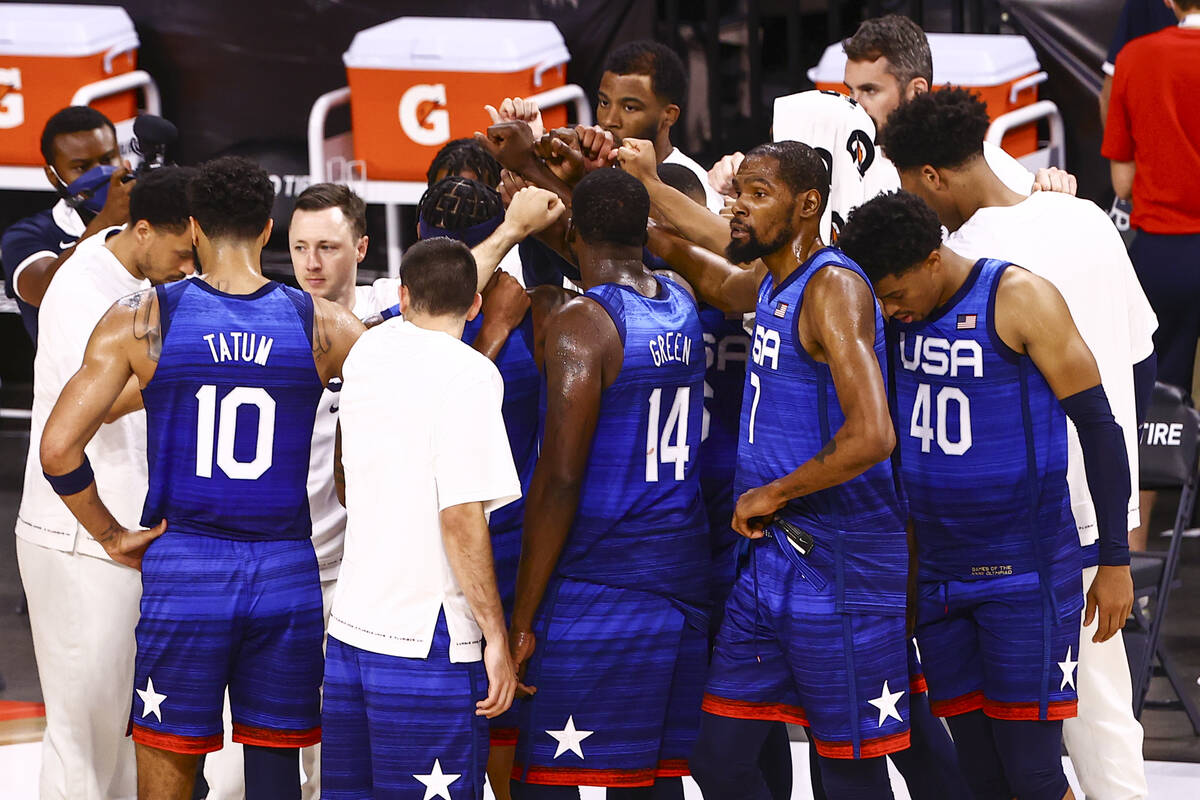 USA Basketball players huddle after losing to Australia in an exhibition basketball game ahead of the Tokyo OIympics at Michelob Ultra Arena in Las Vegas on Monday, July 12, 2021. (Chase Stevens/Las Vegas Review-Journal) @csstevensphoto

The U.S. men’s basketball team will play a World Cup qualifying game against Uruguay at 6 p.m. Aug. 25 at Cox Pavilion.

The women’s team will scrimmage itself at 1 p.m. Sept. 10, also at Cox Pavilion.

Tickets for both events start at $25 at UNLVtickets.com and USAB.com/tickets.

The men’s team, which also will train in Las Vegas, is tied with Brazil atop Group F. Seven teams from the Americas will advance to the 2023 World Cup next August in Indonesia, Japan and the Philippines.

The American women will play in this year’s World Cup from Sept. 22 to Oct. 1 in Sydney. 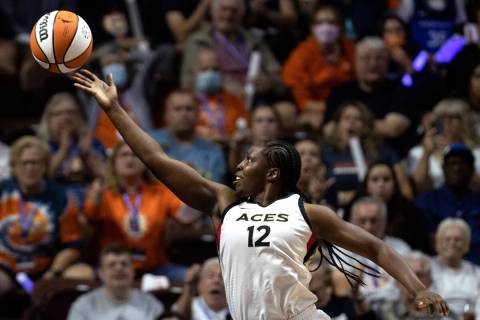 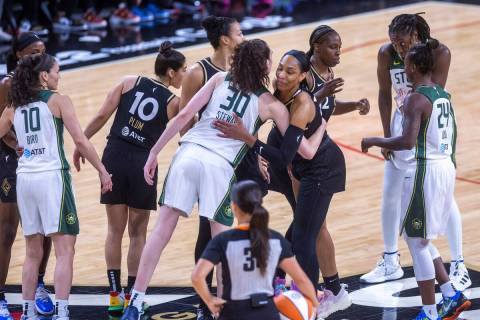 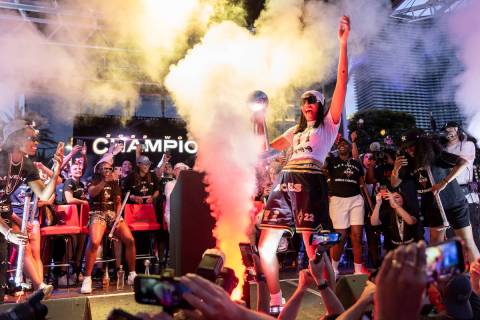 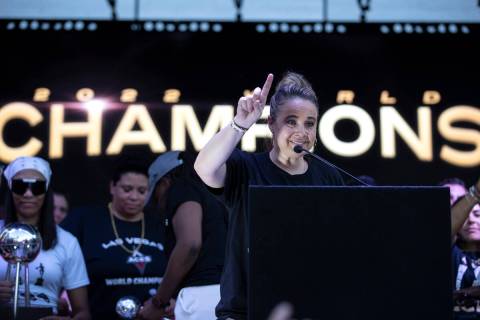 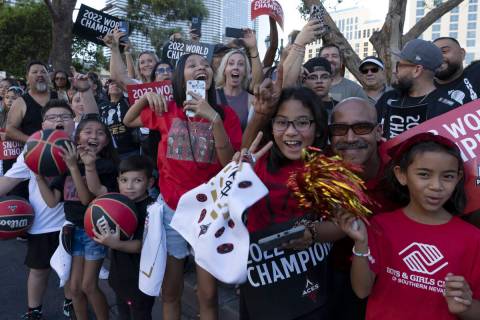 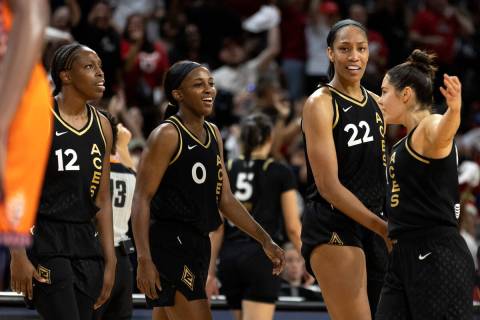 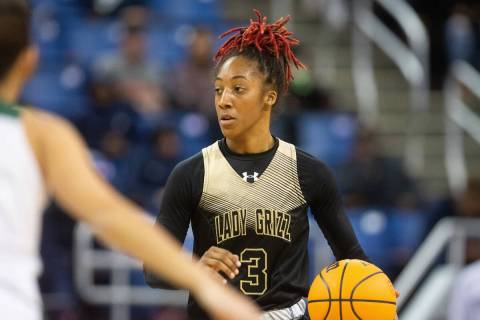 Aaliyah Gayles was ranked eighth nationally by ESPN among 2022 recruits, but her basketball future was put in peril in April during a shooting at a North Las Vegas party. 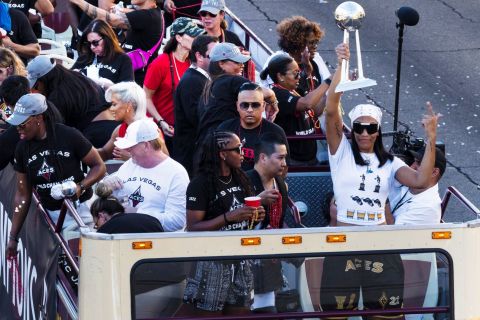 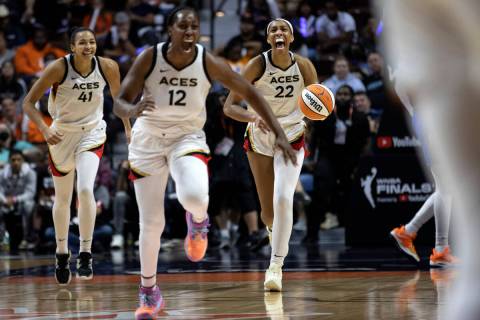