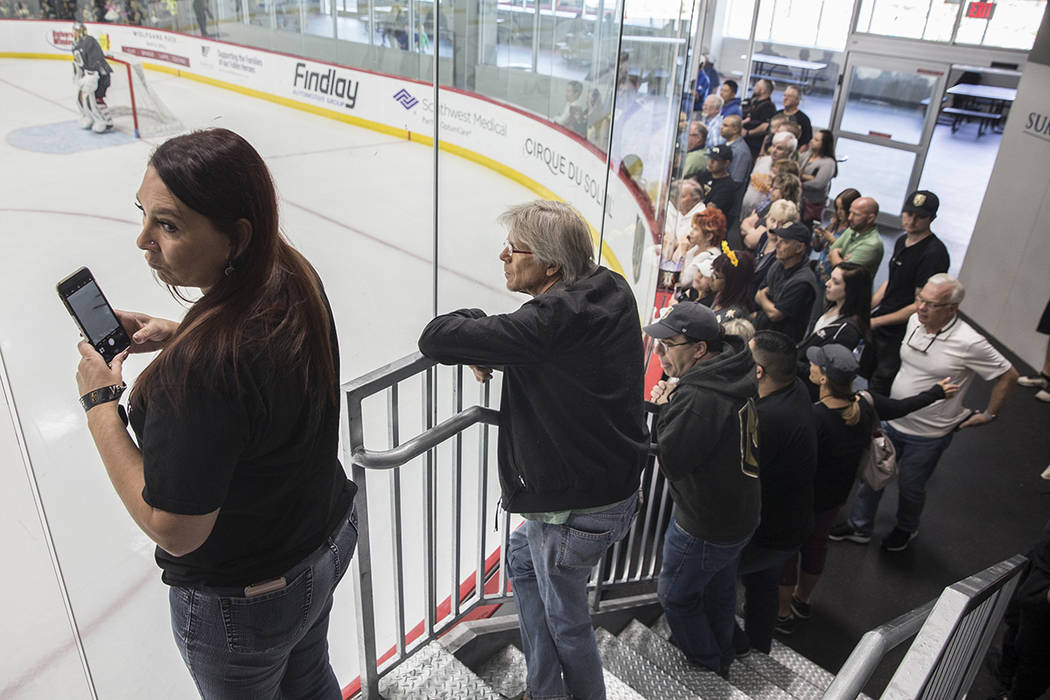 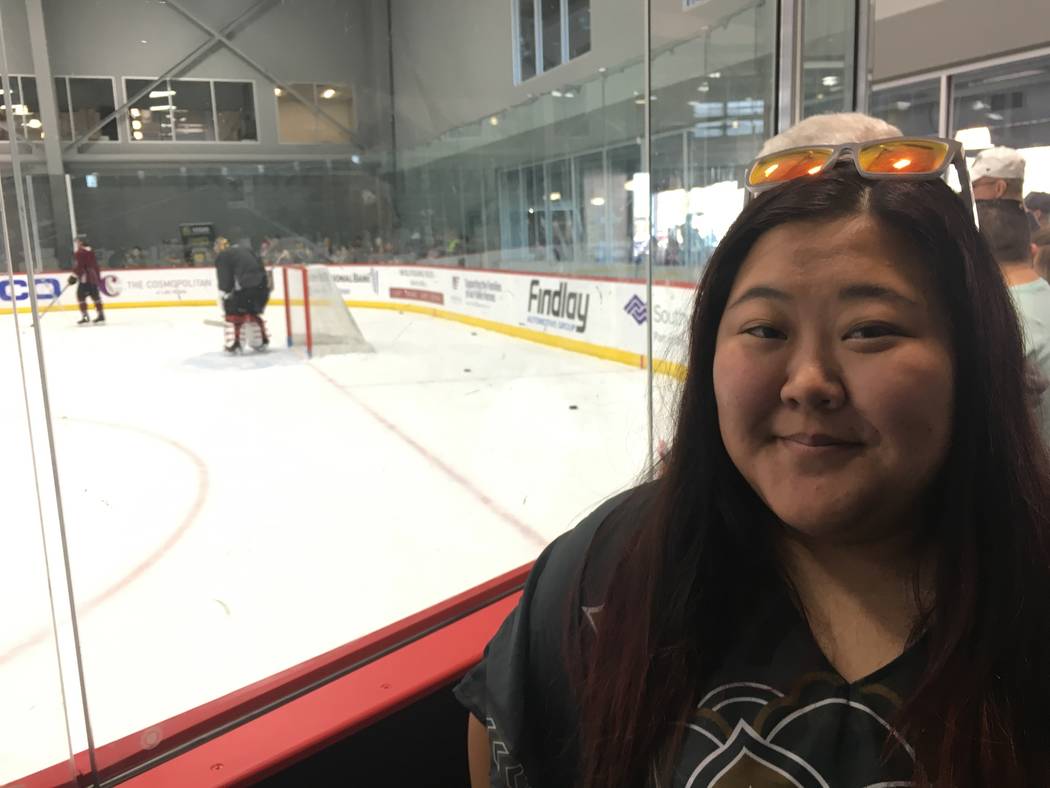 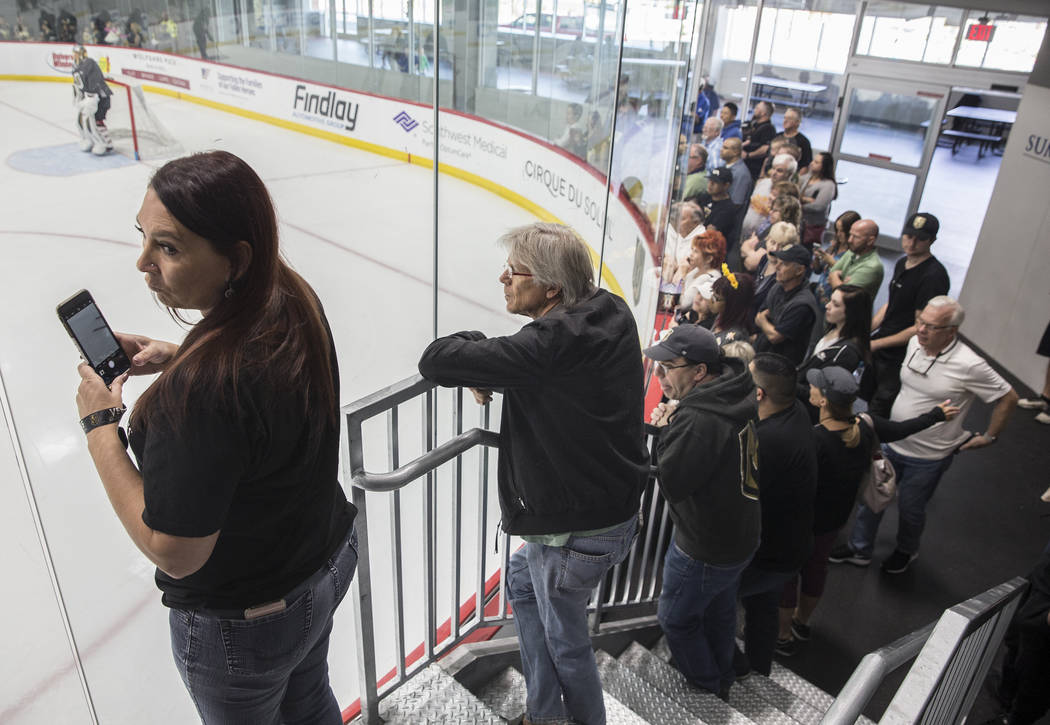 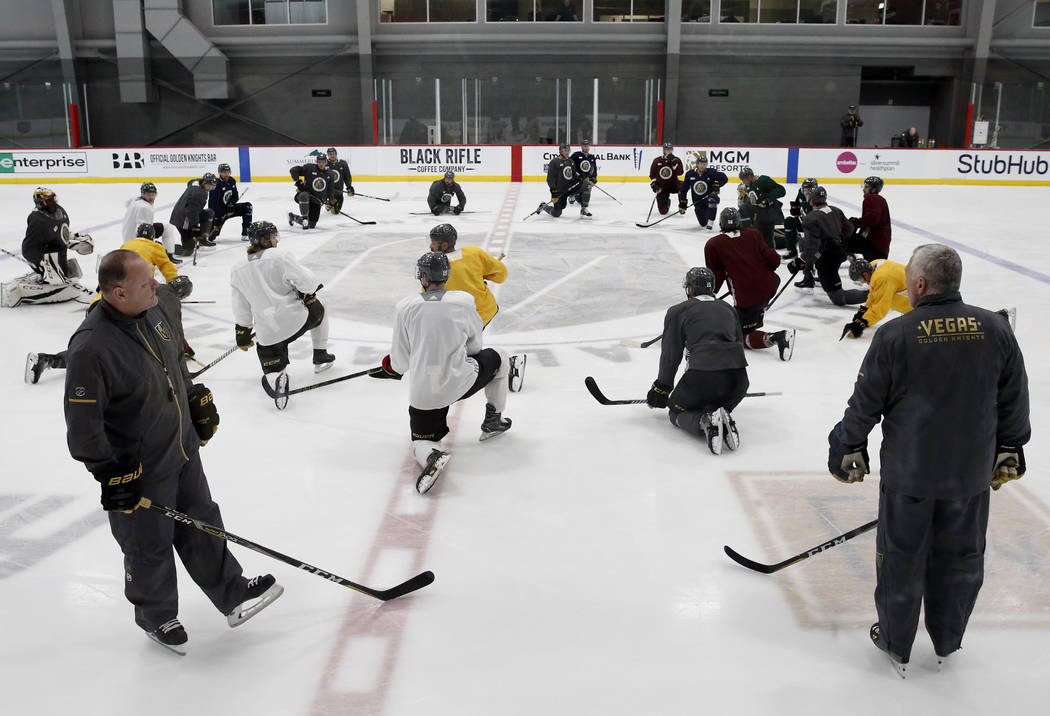 The Golden Knights were on fire this season, racking up wins, filling T-Mobile Arena and slinging merchandise.

And if you want to be there for the expansion team’s first Stanley Cup playoff game Wednesday but don’t have a seat, get ready to open your wallet wide.

Ticket prices on various secondary, or resale, market websites ranged on Monday from $185 to $1,540 for the Knights’ opening-round Game 1 matchup against the Los Angeles Kings at T-Mobile.

Overall, the average resale price for the Knights’ first-round home games is $453, according to secondary ticketing site TicketIQ.

That’s second-highest in the NHL this postseason — not including the more-expensive Winnipeg Jets, who have a “tiny” resale market — and ninth-highest since TicketIQ began tracking the figures in 2011, according to founder Jesse Lawrence.

Prices for games at T-Mobile are about twice as expensive as the Kings’ home games this round, said Ken Solky, owner of LasVegasTickets.com and a vice president with the National Association of Ticket Brokers.

NHL expansion teams can be lousy, but the Knights shattered expectations for first-year clubs by winning the Pacific Division title and notching the league’s fifth-best regular-season record with 109 points.

Fans have been willing to pay big bucks for tickets. Lizz Child, a 23-year-old Starbucks worker in Las Vegas, went to more than two dozen Knights games, spending as much as $500 for a seat behind the goalie one time.

She spent $250 for standing room at Wednesday’s playoff game and figures she’d be willing to pay around $500 for a Stanley Cup finals ticket if the team makes it that far.

Seats available through AXS, the Knights’ primary ticket provider, for Wednesday’s game appeared sold out Tuesday. But other ticketing sites were humming with offers.

SeatGeek, a self-described ticket search engine, had listings in more than 40 sections at T-Mobile for Wednesday’s game, and StubHub, a dominant secondary site, listed more than 1,700 tickets for sale around 4 p.m. Tuesday.

The Knights on April 2 put several thousand seats, as well as standing room, up for sale for the first round of the playoffs. They also launched a campaign to reward fans by crimping sales on the secondary market.

Season-ticket holders could secure better discounts on playoff seats if they stuck with the “Knights Vow” to not sell their tickets on StubHub. Knights president Kerry Bubolz said more than a week ago that the campaign had “gone incredibly well,” though he declined to say how many fans opted out of the vow.

Efforts to speak with Knights representatives for this story were unsuccessful.

Knights fan Ben Yzaguirre, who went to eight regular-season games, spent $190 for a ticket to Wednesday’s playoff game. He said that price was “not a big deal.”

The 33-year-old Las Vegas resident didn’t want to say how much he would pay for a Stanley Cup finals game, but he would want to be cheering in the crowd.

“It really depends what they ask,” he said. “I want to be there.”