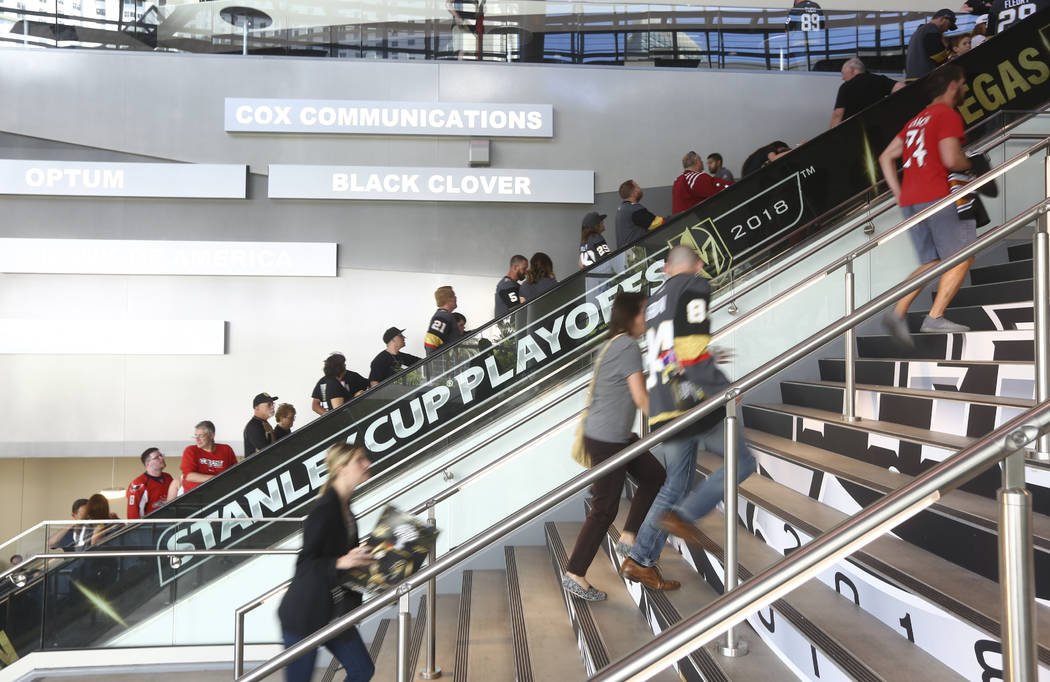 Fans arrive before the start of Game 2 of the NHL hockey Stanley Cup Final between the Golden Knights and Washington Capitals at the T-Mobile Arena in Las Vegas on Wednesday, May 30, 2018. Chase Stevens Las Vegas Review-Journal @csstevensphoto 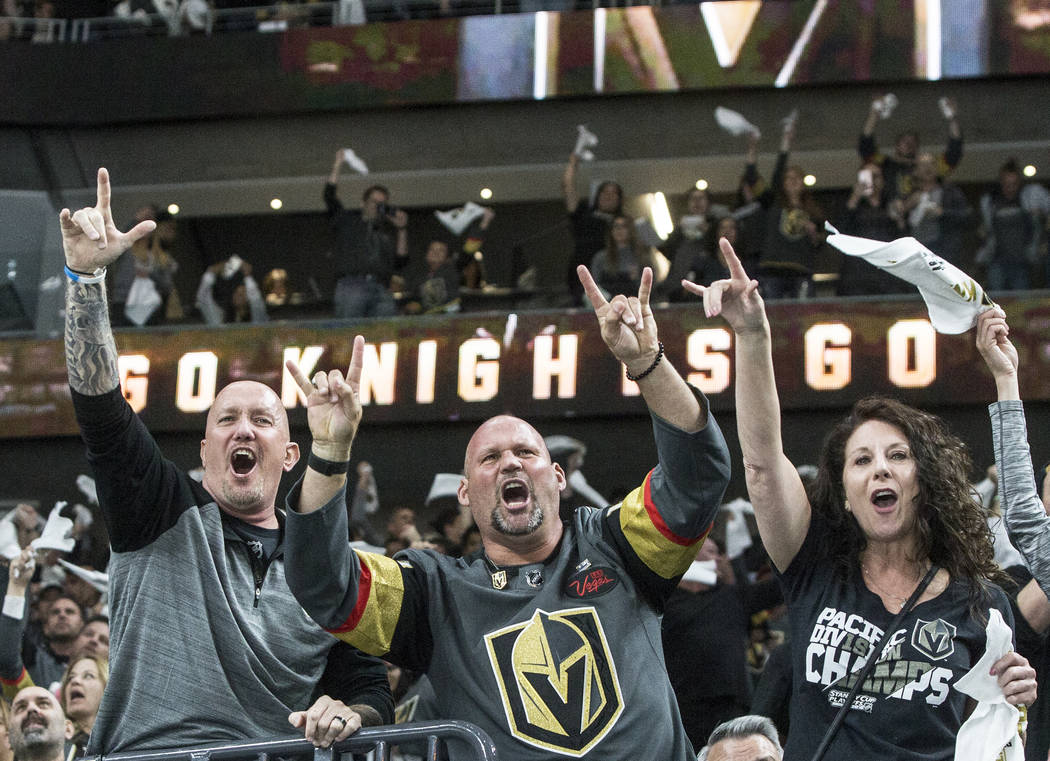 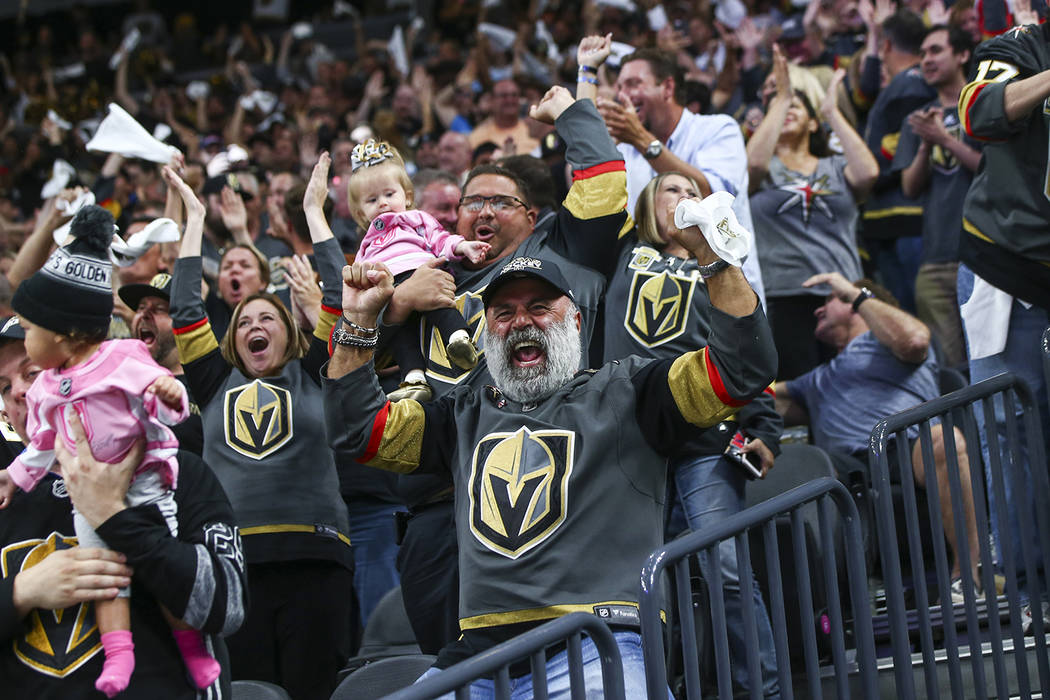 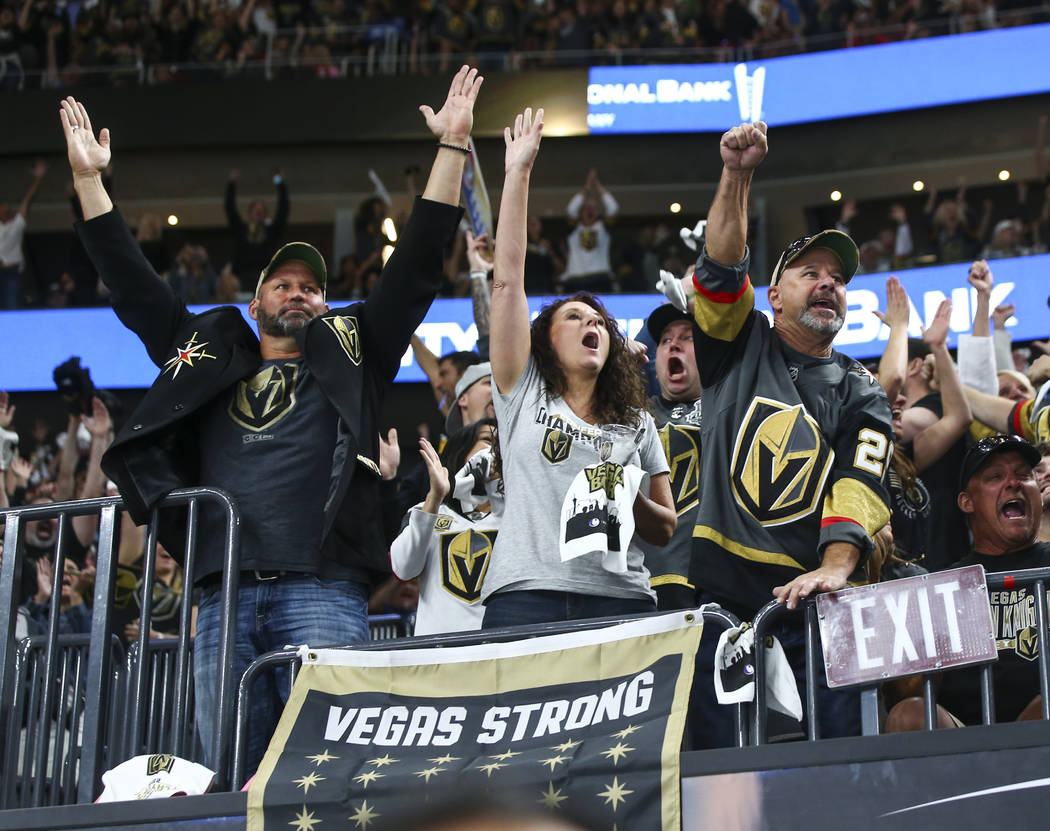 Golden Knights fans celebrate a goal by defenseman Nate Schmidt, not pictured, during the second period of Game 5 of the Stanley Cup Final against the Washington Capitals at T-Mobile Arena in Las Vegas on Thursday, June 7, 2018. Chase Stevens Las Vegas Review-Journal @csstevensphoto 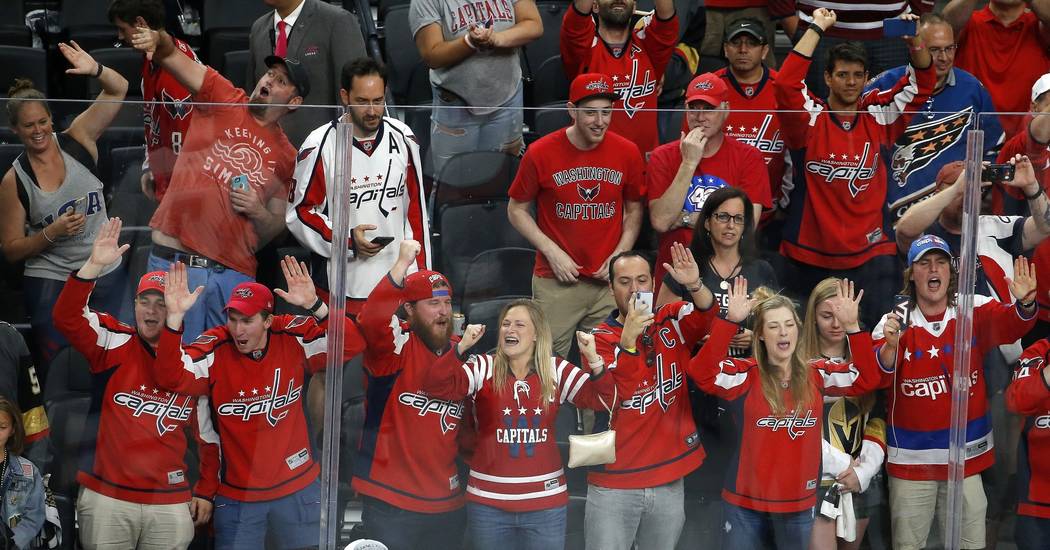 As the Golden Knights pushed deeper into the Stanley Cup playoffs this spring, the team’s off-ice business accelerated.

But now the hockey team alleges it didn’t get its cut of the profits from one line of commerce: ticket sales.

According to the team, StubHub had “demanded” that the Knights give more fans the ability to sell their seats on its site during the playoffs. Its “ultimatum” threatened to turn the Knights’ “historic inaugural season from an experience that encouraged fan loyalty and hometown spirit into a ‘scalping’ money-grab,” the court papers say.

The case sheds light on the lucrative secondary ticketing market, the closely guarded deals between sites like StubHub and professional teams like the Knights, and the reality that while cities like Las Vegas can get gung-ho for their teams, sports is big business and disputes can end up in court.

He did not say whether the team would still use StubHub in the 2018-19 campaign.

“We plan to have a secondary marketplace available to our members and customers when the season starts,” he said. “We’re just not sure at this point what that’s going to be.”

The Knights’ filing last week was a motion to seal and redact parts of the lawsuit. The team said it “acknowledges StubHub’s contention” that court papers concerning their contract have “important trade secrets” about the site’s negotiation strategies and contract terms.

The proposed lawsuit was included in the filing, with several lines of text blacked out.

District Judge Mark Denton is scheduled to consider the motion at a hearing July 23.

Asked whether the team got an explanation for why StubHub allegedly withheld the money, and what was being redacted from the lawsuit, Bubolz replied that the complaint “speaks for itself.”

StubHub spokesman Cameron Papp said in an email: “At this time, we have no comment on this active litigation.”

The Knights’ attorneys in the case, from law firm Lewis Roca Rothgerber Christie LLP, did not respond to a request for comment.

According to the team’s court filing, attorney Mark Tratos of Greenberg Traurig LLP expects to represent StubHub. He did not respond to requests for comment.

NHL expansion teams can be lousy on the ice, but Vegas shattered expectations by notching the league’s fifth-best regular-season record and making it to the Stanley Cup Final, where they lost to the Washington Capitals.

Along the way, Knights merchandise sales were among the league’s best and gained speed as the team advanced in the postseason. Its playoff tickets were among the most expensive, if not the priciest, on the resale market in the NHL, and the Knights had the league’s top-selling regular-season tickets on StubHub.

According to the lawsuit, StubHub sent a message to customers March 13 — before the Knights clinched a playoff spot — that said: “Sell your Golden Knights playoff tickets, cover your season ticket cost.” The team said it “was not given any advance notice by StubHub” about this communication and “would have expressly objected” to it.

After the team made the playoffs, season-ticket holders could secure better discounts on postseason tickets if they stuck with the “Knights Vow” and agreed not to sell their seats. The purpose, according to the lawsuit, was to keep T-Mobile Arena “packed” with Knights fans.

The Knights sell their tickets electronically, and single-game buyers had been prevented all season from reselling their seats. StubHub was “fully aware” of that restriction and “accepted” it as the team’s right, the lawsuit says.

But StubHub complained about the restrictions under the Knights Vow and demanded the team enable resale capabilities on its site for all playoff rounds, according to the complaint.

On June 14 — a week after the Capitals won the Cup at T-Mobile — StubHub said the Knights’ share of the proceeds from resold playoff tickets was $1,449,583. But without “any advanced warning or explanation,” StubHub was chopping the team’s share to $254,875 and dividing the balance between itself and AXS, the Knights’ primary ticketing site, according to the complaint.

By the time they filed the lawsuit, the Knights allege StubHub had failed and refused to pay “any” of the team’s share of the profits.

More Golden Knights: Follow all of our Golden Knights coverage online at reviewjournal.com/GoldenKnights and @HockeyinVegas on Twitter.