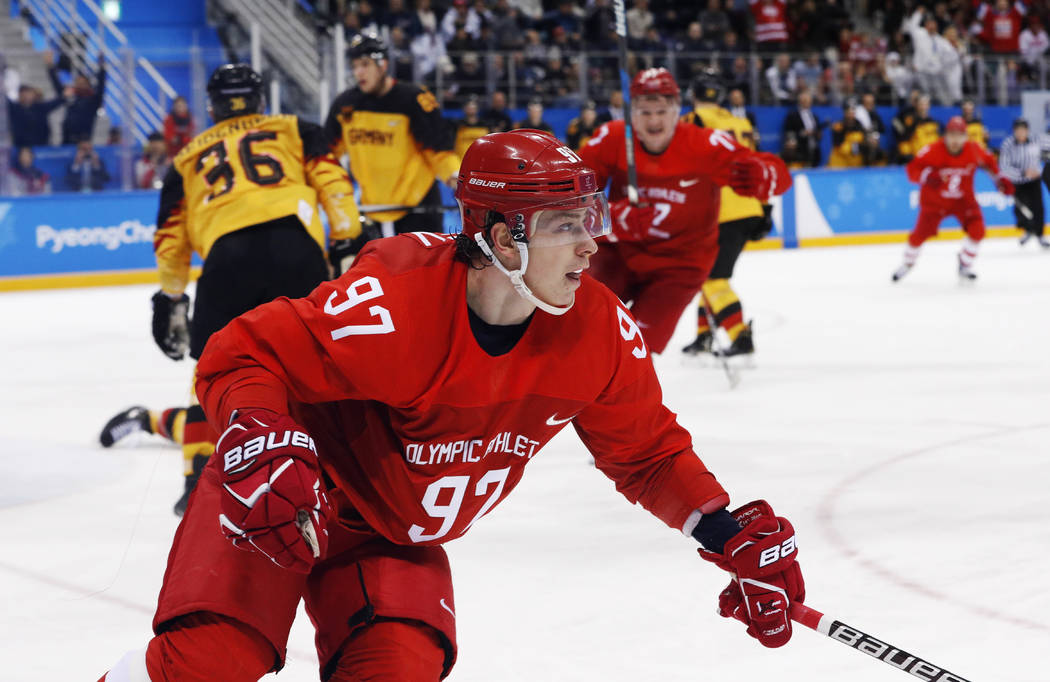 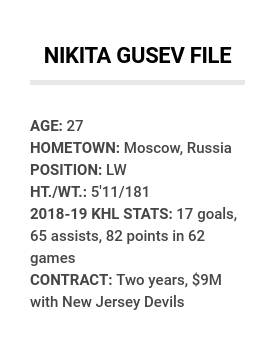 For months Golden Knights fans dreamed about the skill Russian forward Nikita Gusev could add to the team’s forward group.

Monday, they woke up.

The Knights traded Gusev to the New Jersey Devils before he ever played a NHL game in exchange for a 2020 third-round pick and a 2021 second-round pick. The team, which is short on salary cap space, couldn’t meet the restricted free agent’s contract demands, so it moved him to a club that could.

“The contract, his request, was more than we thought was reasonable for us,” incoming president of hockey operations George McPhee said. “When it came right down to it, (we said) let’s make the move and turn him into some draft picks that we can use for the future.”

The 27-year-old Gusev, who has tantalized fans with his play in the KHL, Olympics and International Ice Hockey Federation World Championship, proceeded to sign a two-year, $9 million contract with the Devils. That’s more than the Knights could afford considering they have approximately $1 million in cap space if you include the contracts of fringe forwards Valentin Zykov and Curtis McKenzie and still need to sign restricted free agent defenseman Jimmy Schuldlt.

Plus, McPhee said he was unwilling to trade other players to create more space.

The trade concludes a long relationship between Gusev and the Knights, who acquired his rights, a second round pick and a fourth-round pick for taking defenseman Jason Garrison from the Tampa Bay Lightning in the expansion draft. Gusev had an extremely productive next two seasons in the KHL (he was named MVP in 2017-18) and signed an entry-level deal April 14.

That allowed him to become an unrestricted free agent with arbitration rights this summer and his asking price was higher than the Knights’ anticipated.

McPhee then discussed moving him, received two offers (he declined to name the other team) and went back-and-forth with both clubs the last “couple of weeks” until a deal was done.

“The big part was either having him here or getting assets from other teams,” McPhee said. “Two seconds, a third and a fourth to take the Garrison contract is, I think, a pretty good return.”

The Devils add a player who scored 215 points in his final 163 KHL games to a roster that also brought in No. 1 overall pick Jack Hughes and former Norris Trophy (best defenseman) winner P.K. Subban this summer.

It remains to be seen whether Gusev, who isn’t overtly big or fast, will succeed in the NHL as he impressed while practicing with the Knights.

“We know he’s got a lot of skill from seeing him last year here in the playoffs,” coach Gerard Gallant told the Review-Journal on Thursday.

The trade mostly wraps up the Knights’ offseason, which has seen the team lose a lot of veterans to clear a path for younger players to make the roster. Through free agency and trades the Knights have lost a combined 1,241 games of NHL experience and added 147 without counting re-signings.

“The players that have been moved, we believe, don’t take away from our core,” McPhee said. “We have players capable of stepping into those positions. We certainly held onto our high-end core and have all of them essentially under contract, so we believe we’re just as good or better than where we’ve been. It’s a very good hockey team.” 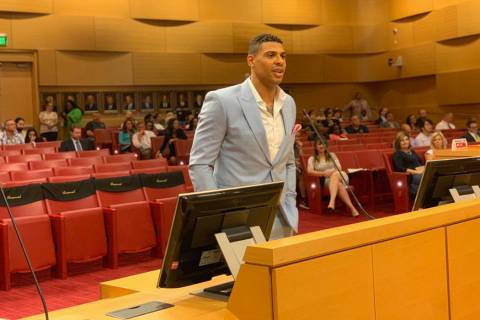