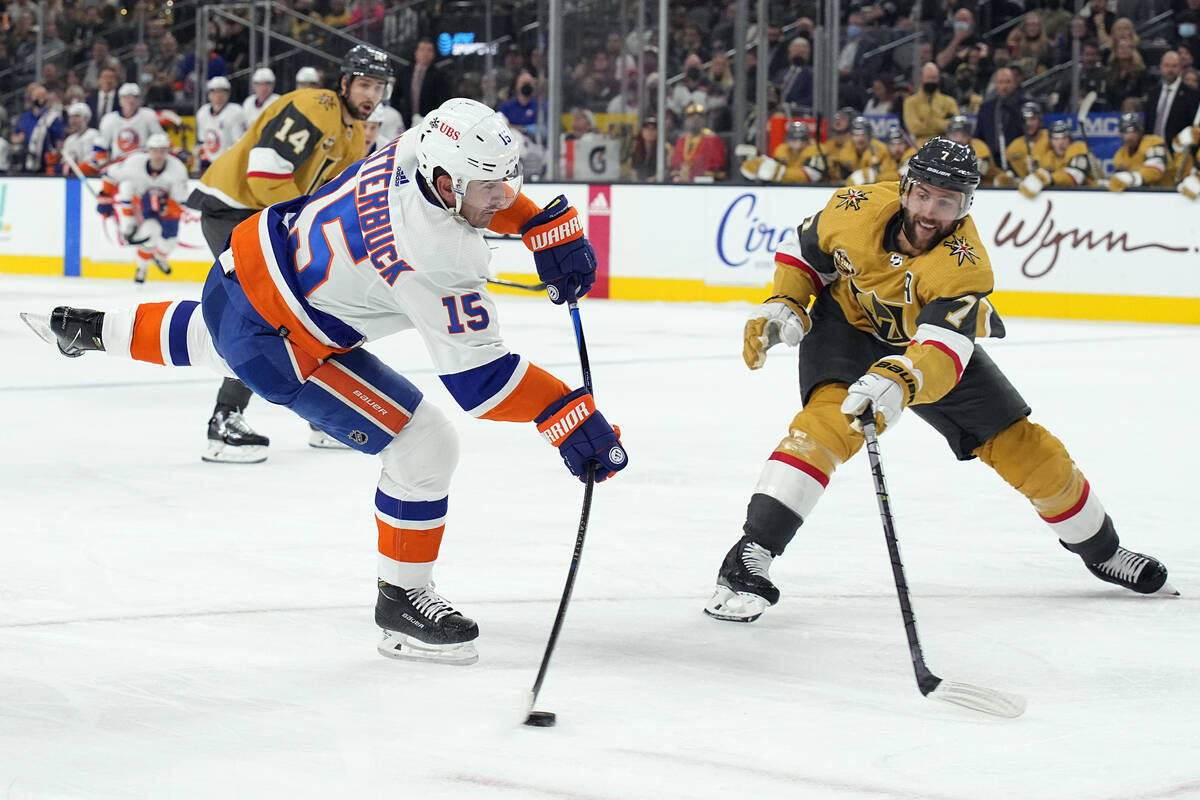 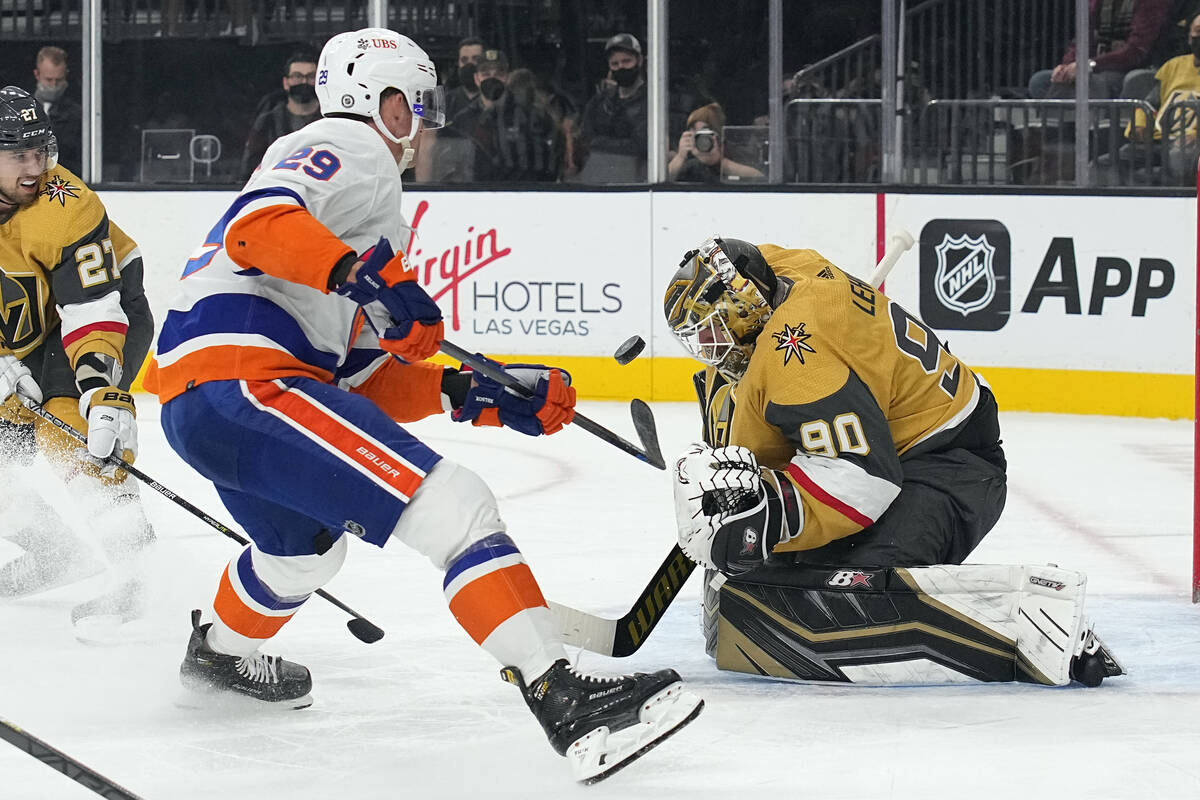 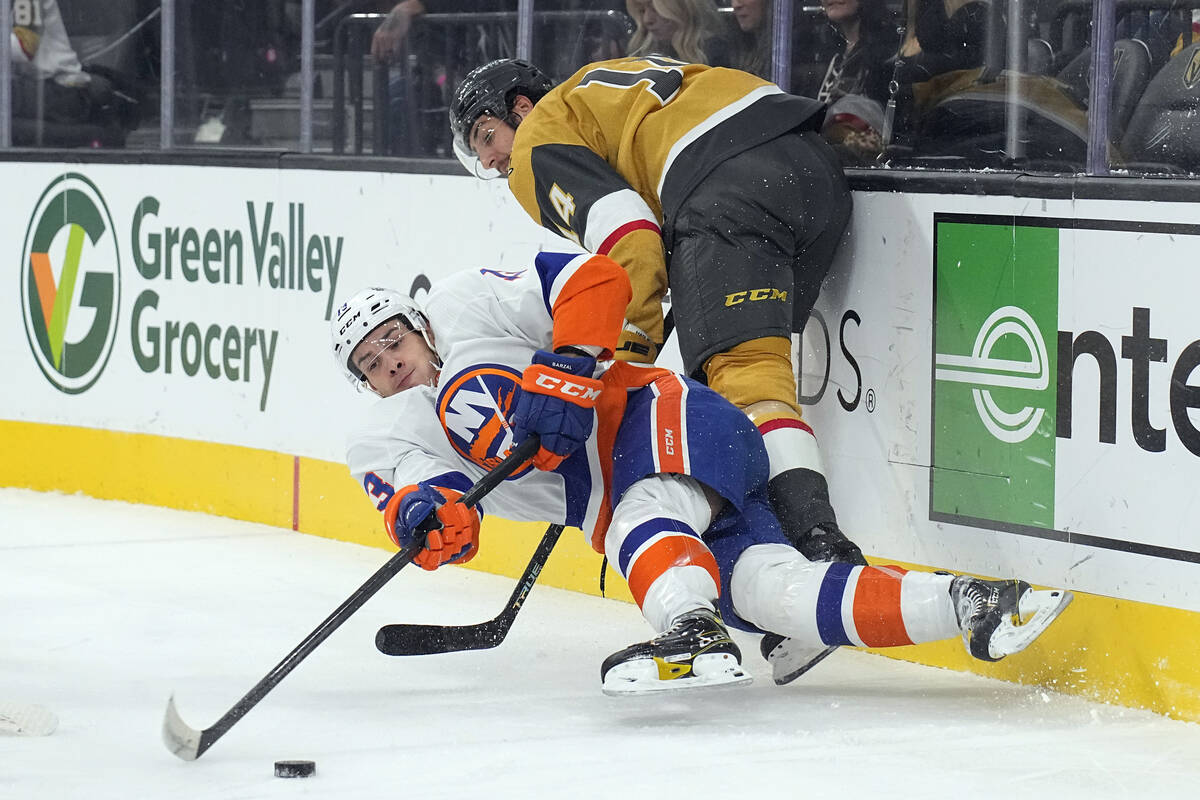 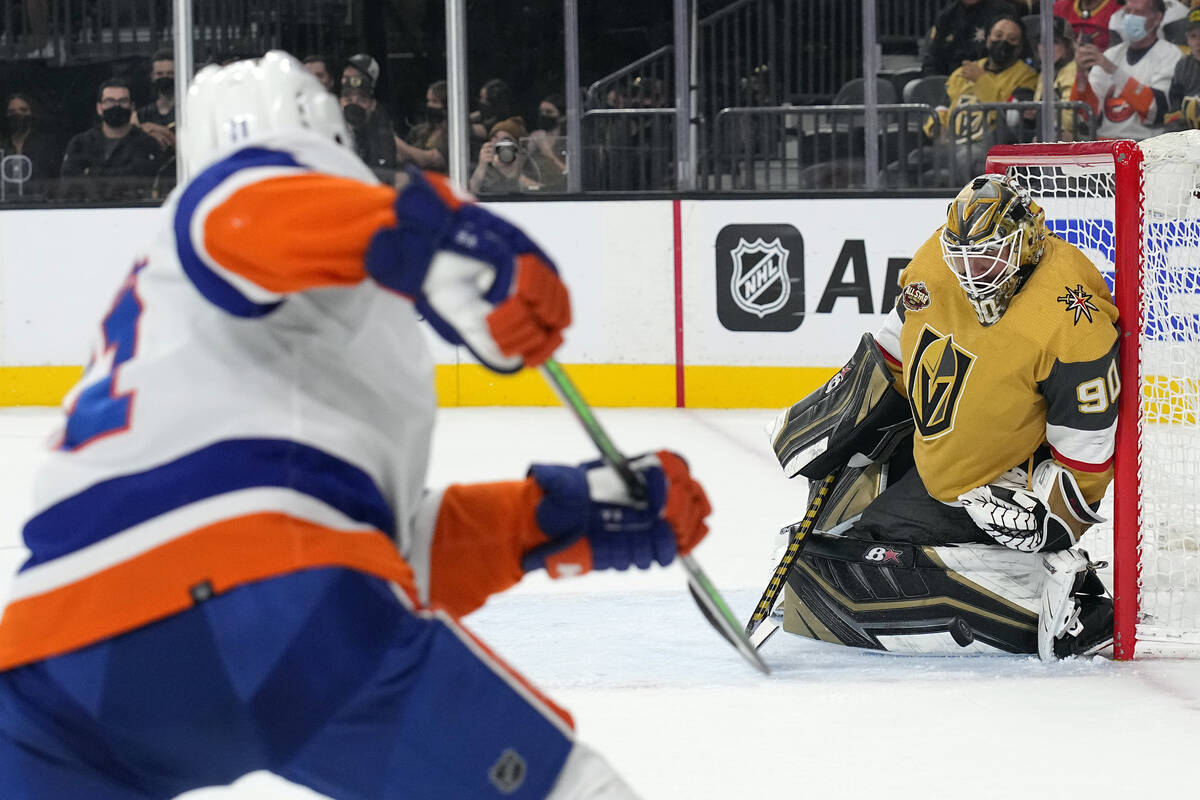 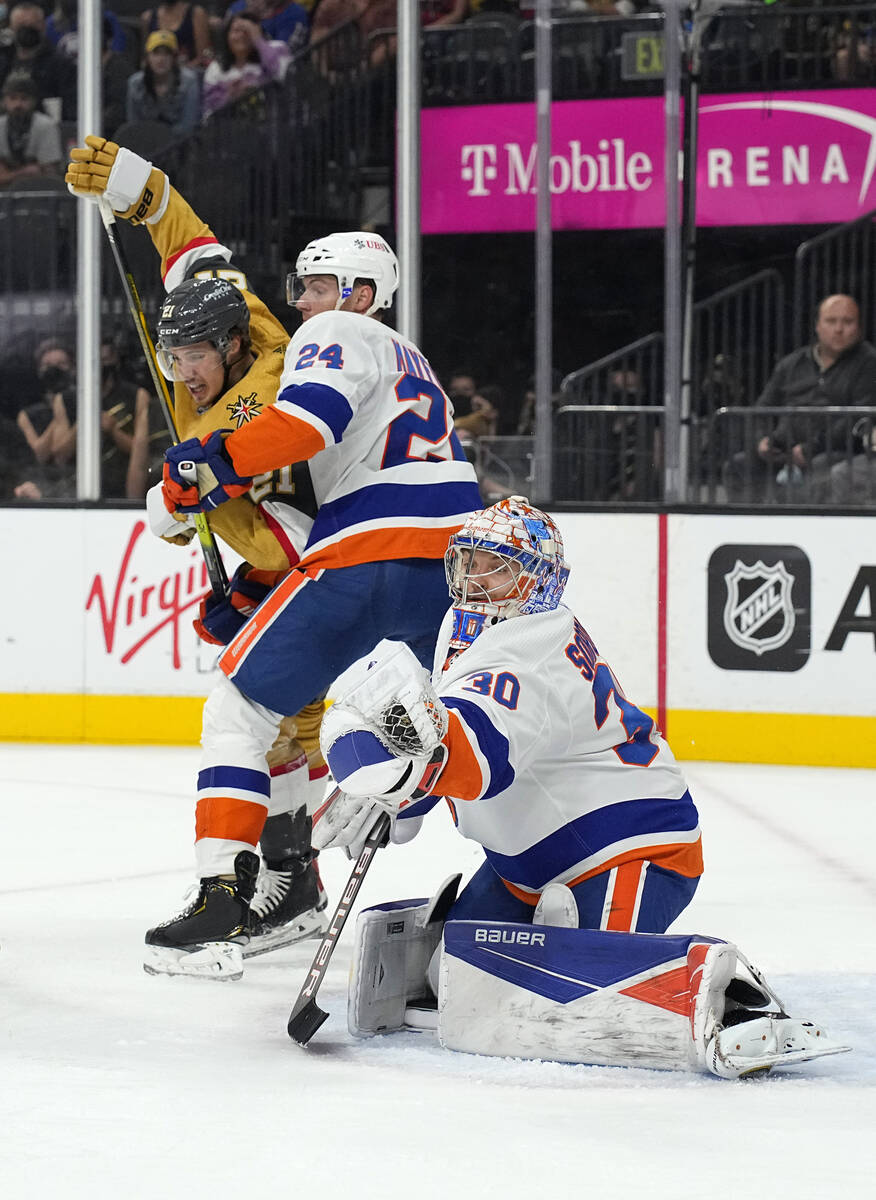 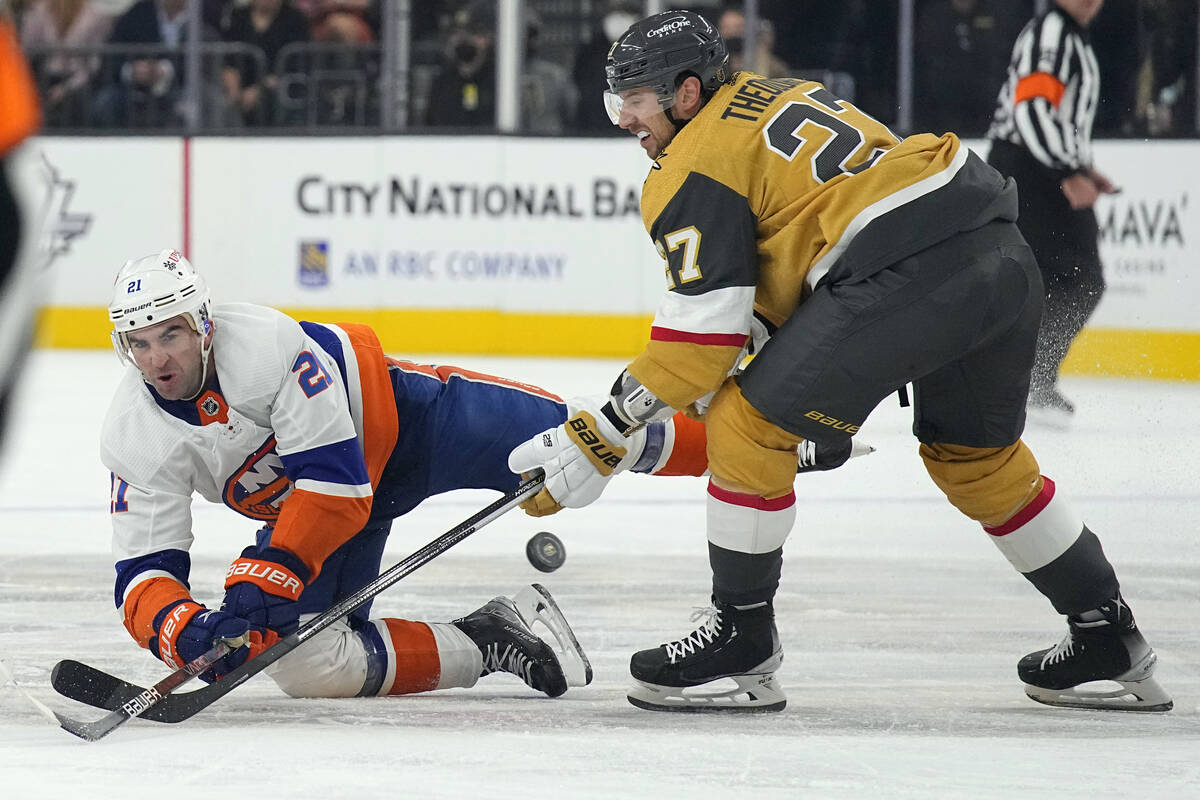 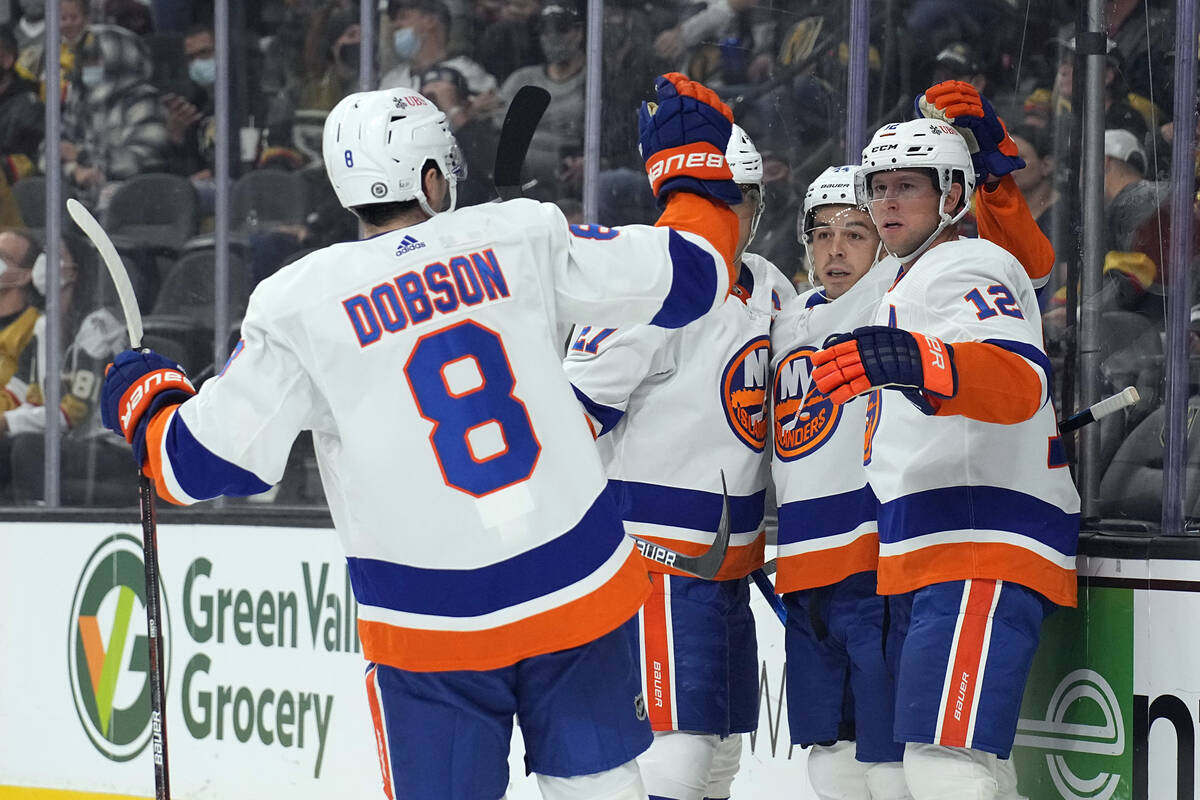 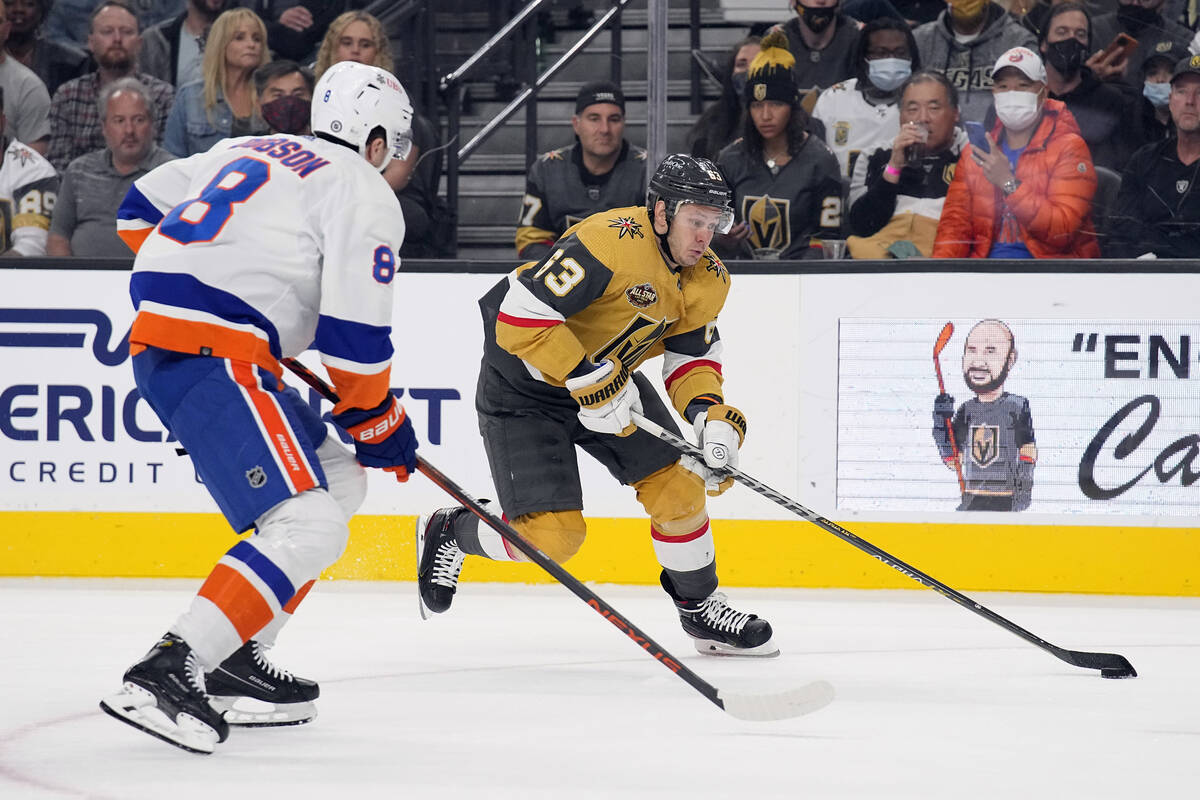 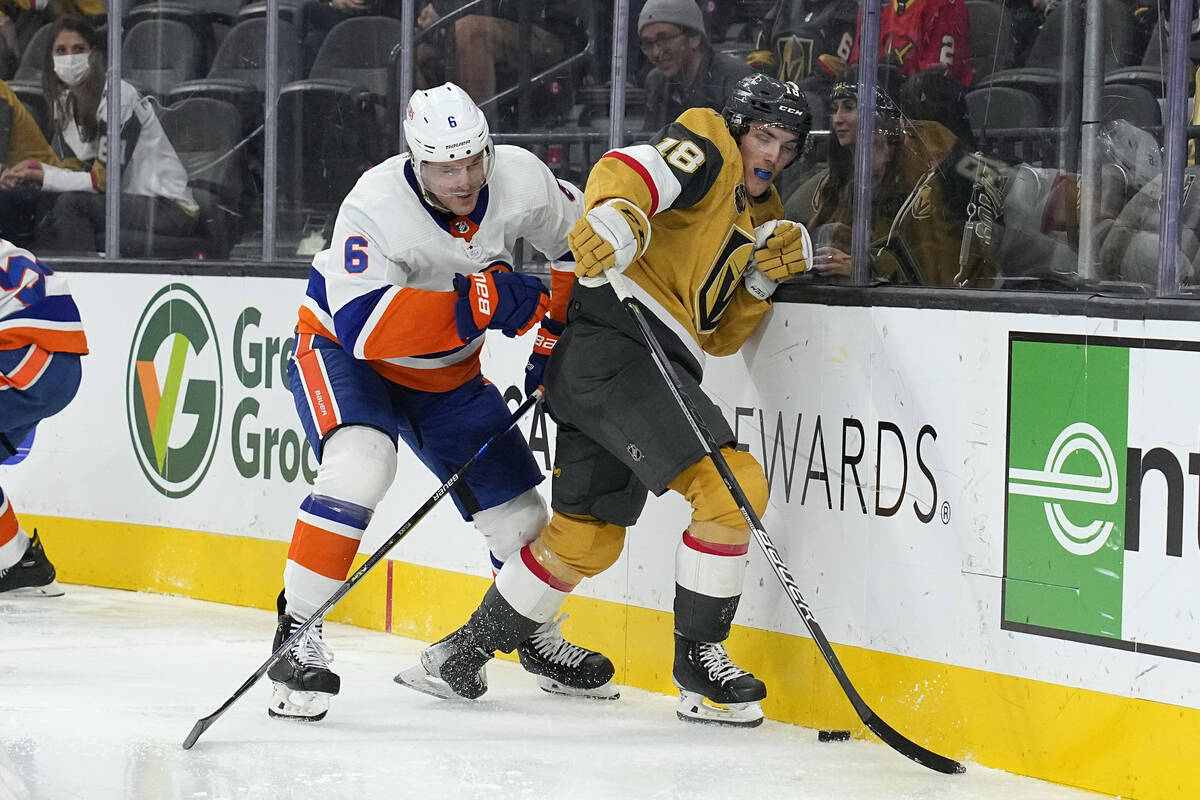 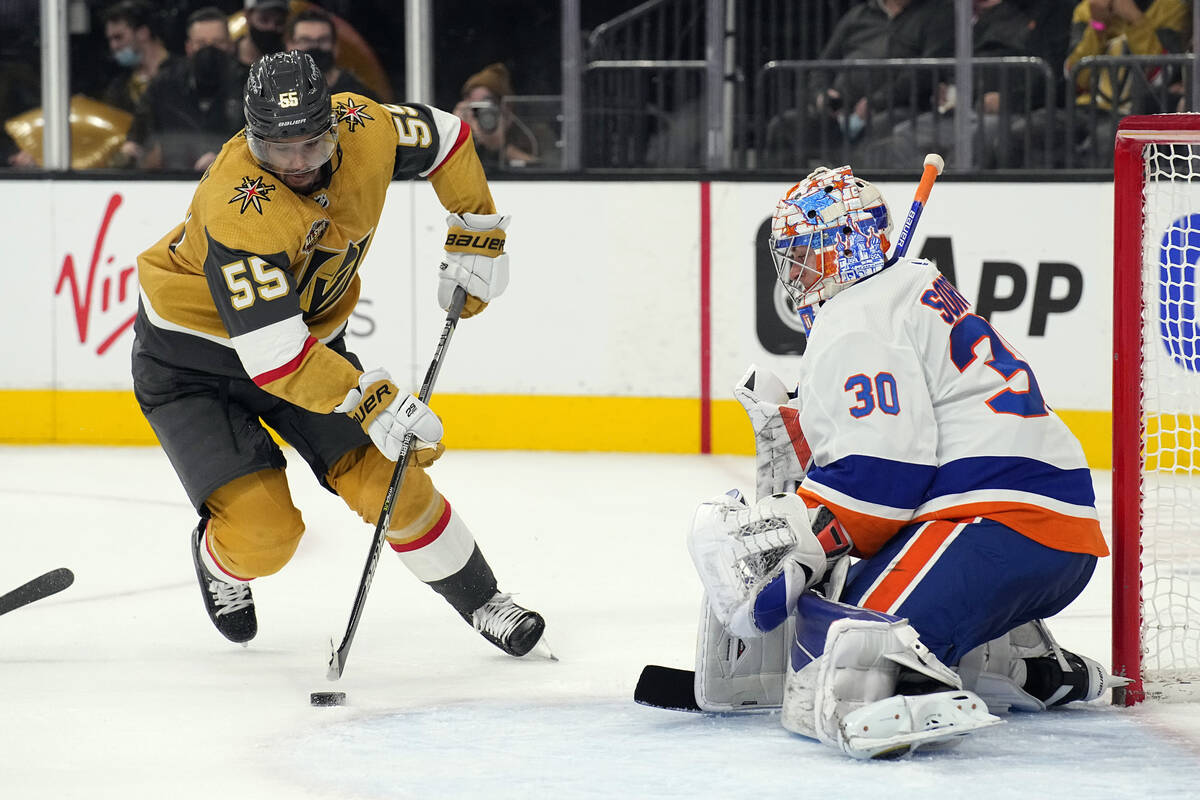 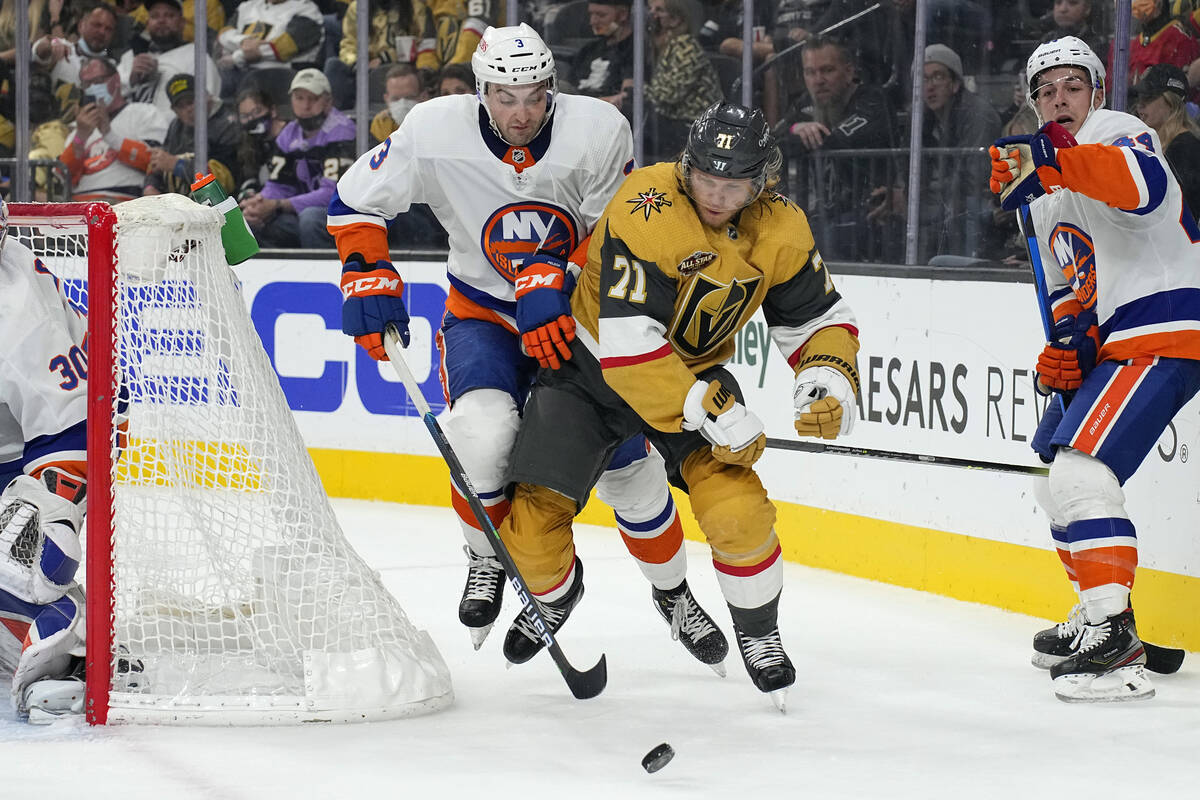 The Golden Knights showed flashes of turning the corner Sunday.

They registered more than 40 shots on goal for the second time in three games and cleaned up many of the defensive mistakes in the final two periods.

But it still wasn’t good enough.

The Knights couldn’t get a puck past goalie Ilya Sorokin and lost 2-0 to the New York Islanders in front of an announced crowd of 17,699 at T-Mobile Arena.

It was the fourth straight loss for the Knights, the first time that’s happened since Pete DeBoer was hired as coach Jan. 15, 2020. At 1-4, they also matched 2018-19 for their worst start in franchise history.

“When I look at our game, I thought we took a step last game and another tonight,” DeBoer said. “If you look at our record, are we a 1-4 team that’s going to miss the playoffs and have 50 or 60 points? I’m going to say we’re not. I think on all aspects, we want to just keep improving every day and judge all those things at the end of the year.”

Lehner faced his former club for the second time since leaving New York and finished with 24 saves.

He was outdueled by Sorokin, who turned away 42 shots and earned his second shutout in as many nights after blanking Arizona on Saturday.

Josh Bailey scored 2:16 into the first period when he deposited a rebound, and Mathew Barzal added an insurance goal for the Islanders in the third period with a pinpoint shot over Lehner’s shoulder from a steep angle.

“I feel like we’ve gotten better these last couple of games. The work ethic’s been there,” defenseman Alex Pietrangelo said. “That’s what we’re going to have to do to win hockey games. It’s a matter of like Robin said, stringing three (periods) together because we know we’re short manned and we’re not scoring right now.”

The Islanders hold a special place in Lehner’s heart after he resurrected his career on Long Island, and he turned in his best outing of the season against his former club.

Lehner made a handful of saves from in tight during the first period when New York generated 11 high-danger chances. He also helped kill a third-period Islanders power play with three stops.

“It’s always fun seeing those guys,” Lehner said. “Good group over there, but this was about the two points.”

The Islanders’ first goal came 2:16 into the first period when Lehner stopped Jean-Gabriel Pageau’s shot from the slot, but the rebound went to Bailey at the side of the net while Lehner was sprawled on his stomach.

Barzal beat Lehner from a steep angle in the third period.

“When he comes in with speed like that, overplay the post he’ll take me wide and it’s kind of like getting caught in between a little bit,” Lehner said. “It’s frustrating because I think I made like nine or 10 really good saves before that. I get that was kind of a dagger. It’s my goal.”

Center Nolan Patrick was the latest player to be sidelined; he missed the game against the Islanders with an upper-body injury.

Patrick scored his first goal of the season in Friday’s loss to Edmonton but missed practice Saturday and did not participate in Sunday’s morning skate, either.

The Knights already were short-handed, with forwards Max Pacioretty and Mark Stone in addition to defensemen Alec Martinez and Zach Whitecloud unavailable because of injuries.

Including Alex Tuch, who is on long-term injured reserve after offseason shoulder surgery, they’ve lost 24 man games to injury or COVID-19 protocol in less than two weeks of the regular season.

“It’s not easy, but you have to look at the bright side,” DeBoer said. “The bright side is it’s an opportunity for guys to jump into roles maybe who haven’t had opportunities. For young guys to step in and really test the depth of the organization.”

Defenseman Daniil Miromanov played in his first NHL game and even received a solo lap before warmups, unlike Pavel Dorofeyev on opening night.

The 24-year-old from Russia showed his offensive talent during the preseason when he scored three goals. He posted two goals and four points in two games with the Silver Knights before he was recalled Thursday after Martinez went down.

Miromanov was paired on defense with Brayden McNabb and settled in quickly. He saved a potential goal in the second period with a strong defensive play in front of the net and finished with two shots on goal in 13:55 of ice time.

“I thought Miromanov came up tonight and did a great job for us,” DeBoer said. 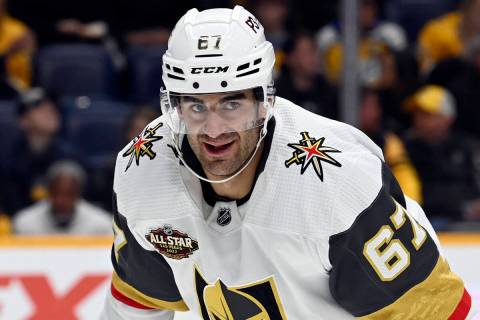 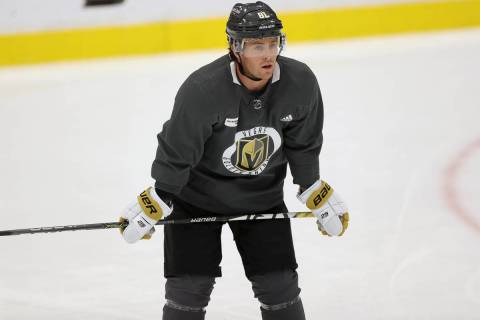 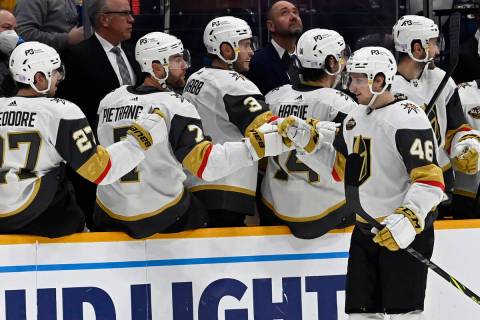 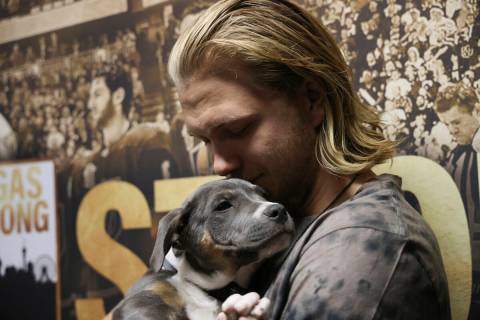 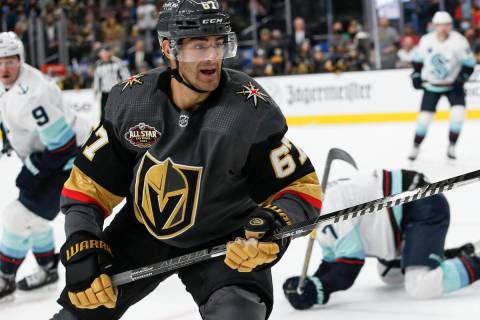 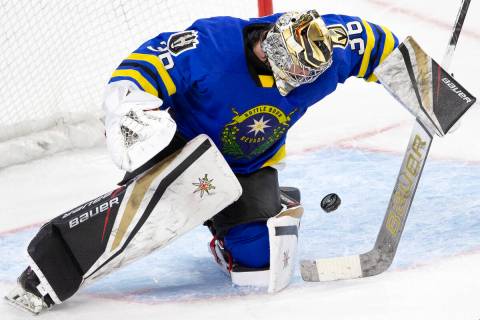 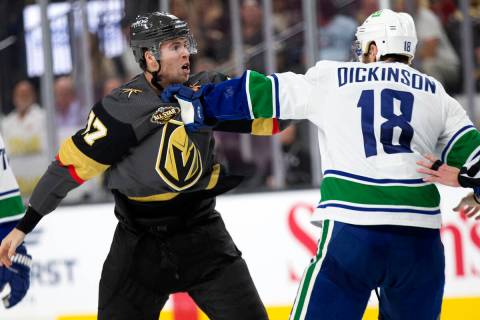 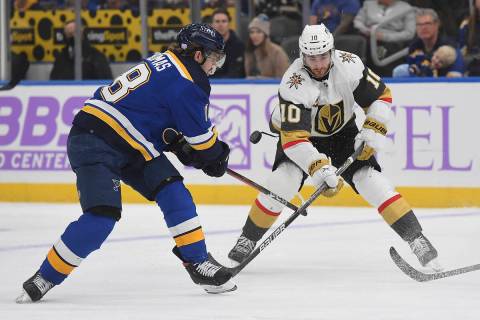 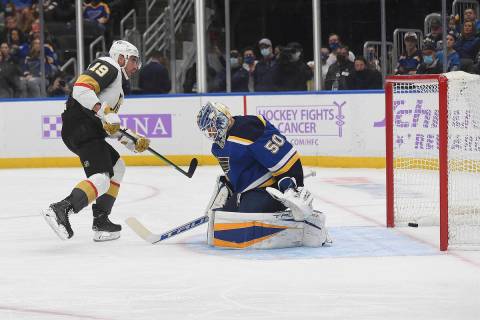 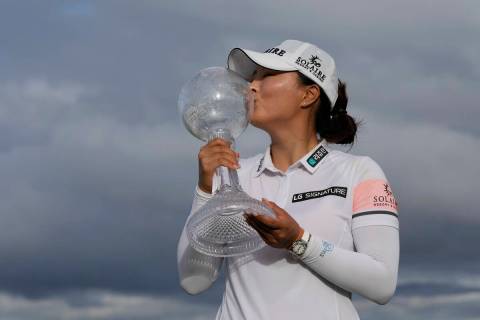