Birdies were the word for Emiliano Grillo during the opening round of the Shriners Hospitals for Children Open Thursday.

The 28-year-old from Argentina made six consecutive ones on the backside at TPC Summerlin en route to a 7-under par 64 putting him into a six-way tie for seventh place.

“Making six birdies in a row is always fun; I’ll take that any day of the week,” said Grillo, a member of golf’s so-called Class of 2011 that produced a bevy of former amateur stars including Masters, U.S. Open and British Open champion Jordan Spieth.

Grillo began his round with a long birdie putt and then made seven straight pars before embarking on a birdie binge on holes 11 through 16 that turned a pedestrian round into an excellent one.

“It was a big putt on 1 and then it was pretty slow,” said Grillo, who defeated Las Vegas resident and reigning Shriners champ Kevin Na in a playoff for his only PGA Tour victory in the 2015 Frys.Com Open. “Then I started hitting it a little bit closer and making some nice strokes from inside 10 feet.”

The tour record for most consecutive birdies is nine by Mark Calcavecchia at the 2009 Canadian Open and Kevin Chappell during last year’s A Military Tribute at The Greenbrier.

In keeping with the spirit of the weekend in which spectators aren’t allowed on course because of the COVID-19 threat, it was suggested to Grillo that the near windless conditions was almost like playing golf under a dome.

“Definitely, there was no wind out there (and) the course is in magnificent shape so you can attack some pins,” he said. “It’s playing soft in the morning, so there’s a lot of birdies out there.”

One of those in 7-under logjam began the day as an alternate and arrived at the golf course when doughnuts were being made.

Ace in the pocket

Henrik Norlander of Sweden brought the gallery of tournament volunteers, gila monsters and the odd rabbit to its feet when he made a hole-in-one on the par-3, 195-yard fifth hole.

“I couldn’t really see it, but there were some people outside the gate that were screaming so we knew it was in,” said Norlander of the 7-iron shot that struck short and rolled into the cup.

“I was even par at the moment, didn’t really play every good, so it sort of kick-started (me) a little bit,” he added after posting a 4-under 67.

Henrik Norlander hits a hole-in-one from 197 yards out on the par-3 fifth. 💯pic.twitter.com/hMkKJNJy1R

Recent PGA Championship winner Collin Morikawa mentioned a number of reasons why he decided to make Las Vegas his home. These included proximity to his California birthplace; preexisting friendships and business contacts here; even the restaurants at which he enjoys dining.

But Morikawa, who shot 2-under 69 Thursday, did not mention the obvious reason many athletes choose to relocate to Southern Nevada: Nevada’s lack of state income tax that is easier on the pocketbook for those with cash-heavy ones.

When 2017 Shriners champion and two-time runner-up Patrick Cantlay was asked about the possibility of buying property near TPC Summerlin, he got down to brass tacks — er, tax — in a hurry.

“I’m in South Florida so I got the tax situation covered,” he said of residing in the Sunshine State, among nine that do not tax income.

Cameron Champ on outdriving tournament leader and notorious big hitter Bryson DeChambeau on the ninth hole and celebrating with a fist bump en route to shooting 4-under 67: “He would have flown me by probably 20 yards, but I got him on the roll.” . … Charley Hoffman, the sole former UNLV golfer in the field (Ryan Moore withdrew with an unspecified injury) shot 1-under 70 Thursday. … The Shriners Open is having a silent auction to benefit Childrens Hospitals that closes Sunday at midnight. To bid, go to https://e.givesmart.com/events/iy1/i/. 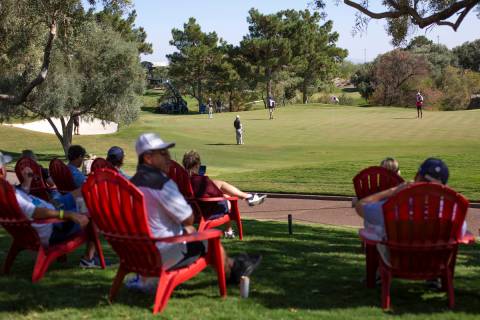 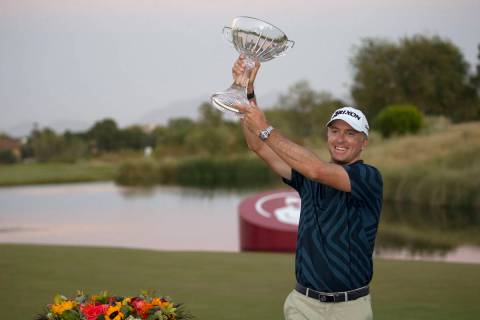 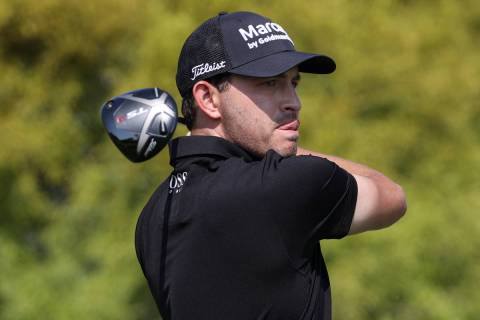 Patrick Cantlay and Martin Laird have a two-stroke lead on a day when Matthew Wolff shoots a 61 and Bryson DeChambeau struggles to a 71 in the third round at TPC Summerlin. 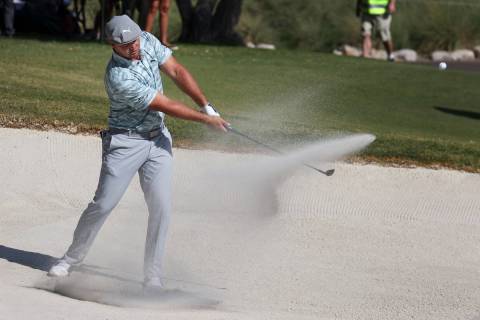 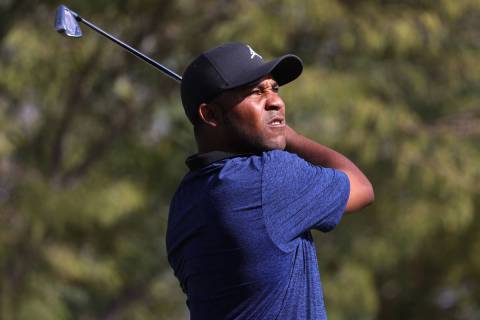 PGA Tour’s Harold Varner III doesn’t believe in superstitious coins and other golf course voodoo, but his head cover has its own Twitter account. 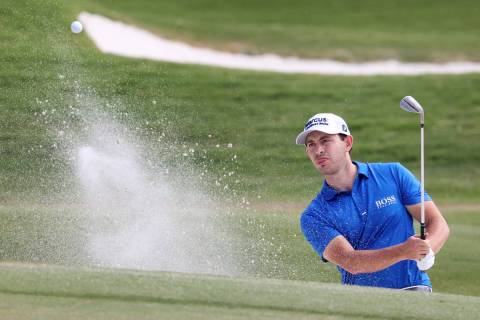 To say scores are low at the Shriners Hospitals for Children Open this week would be an understatement. Birdies are coming in record numbers. 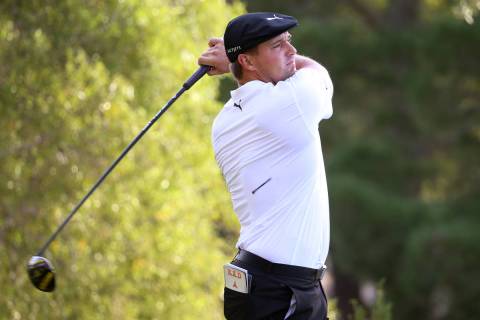 Bryson DeChambeau carded a 9-under 62 Thursday at TPC Summerlin to take the first-round lead at the Shriners Open. 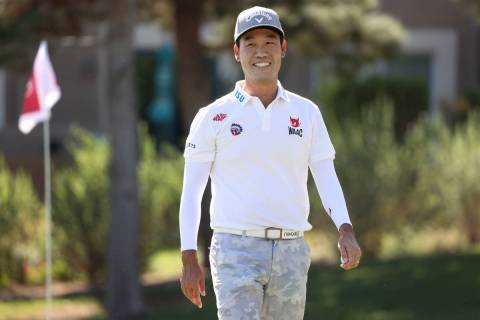 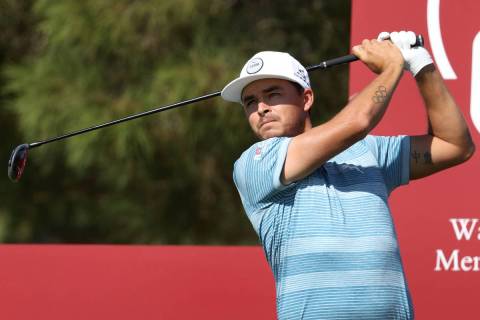 Bryson DeChambeau may have overpowered Winged Foot to win the U.S. Open last month, but don’t expect Fowler to copy his model for success. 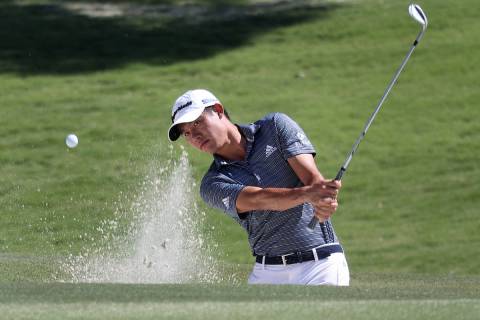 Collin Morikawa recently claimed his first major championship and climbed into the top 10 in the world rankings, but he’s looking forward to the next three weeks as among the most special of his blossoming career.