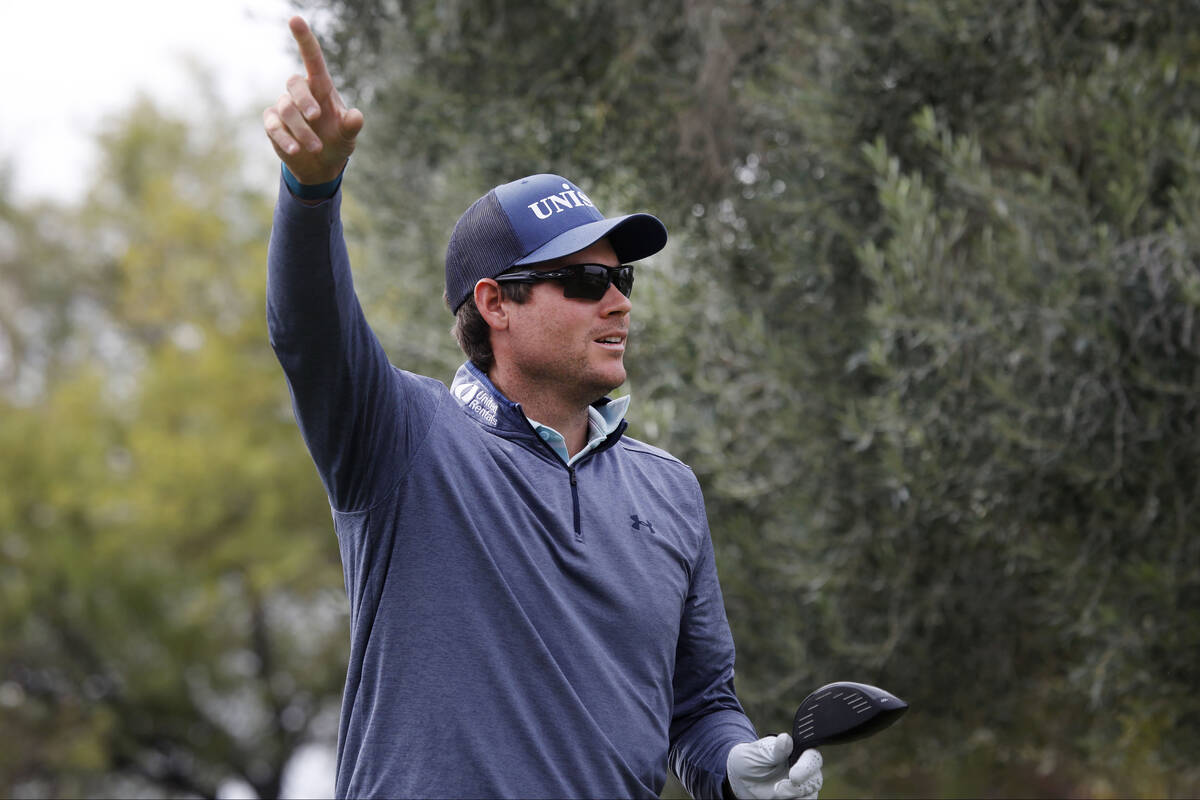 Adam Schenk reacts after his tee shot on the ninth hole during the first round of the Shriners Hospitals for Children Open golf tournament, Thursday, Oct. 7, 2021, in Las Vegas. (Chitose Suzuki / Las Vegas Review-Journal) @chitosephoto 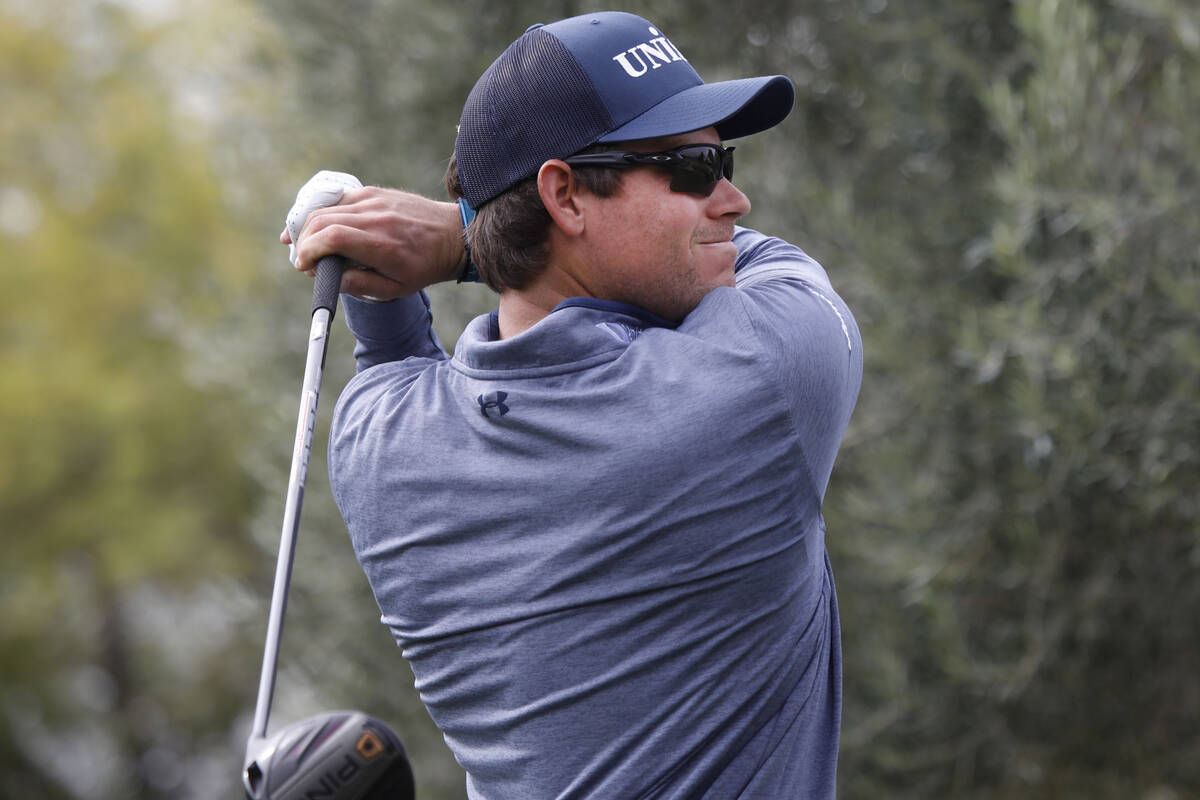 Adam Schenk tees off on the ninth hole during the first round of the Shriners Hospitals for Children Open golf tournament, Thursday, Oct. 7, 2021, in Las Vegas. (Chitose Suzuki / Las Vegas Review-Journal) @chitosephoto 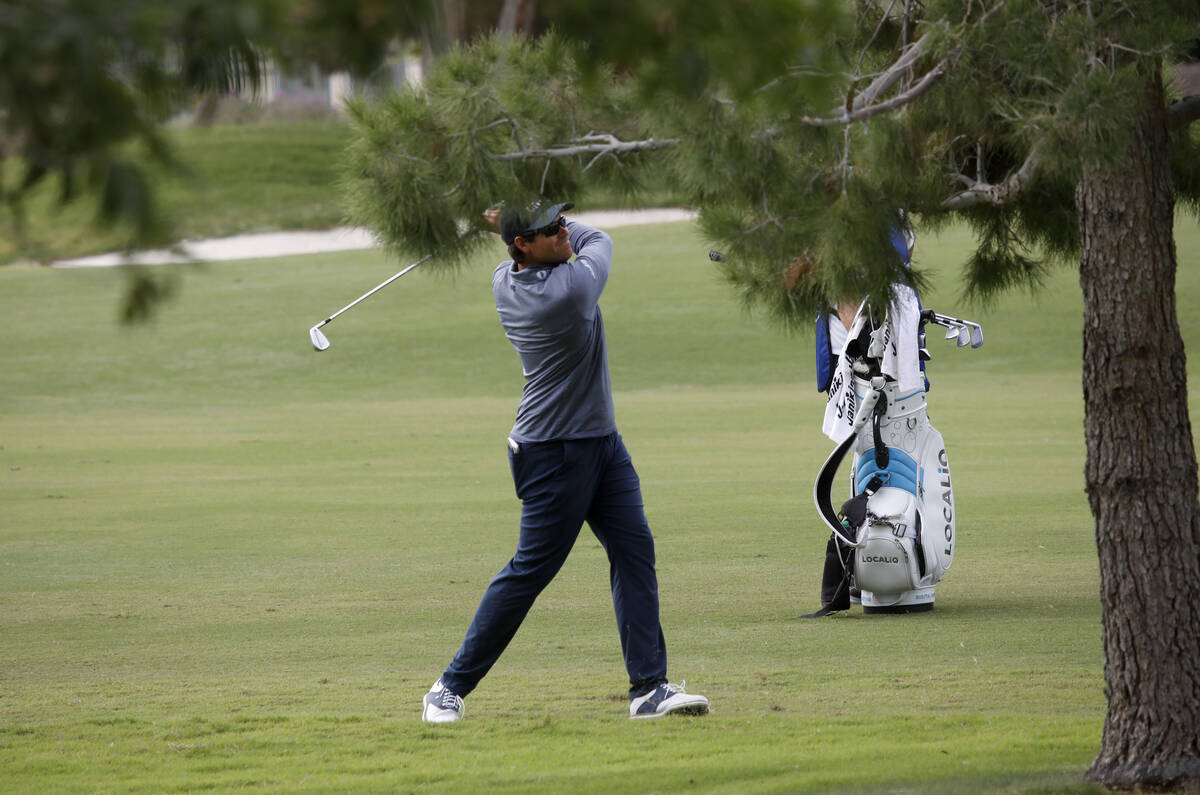 Adam Schenk hits from the fairway on the ninth hole during the first round of the Shriners Hospitals for Children Open golf tournament, Thursday, Oct. 7, 2021, in Las Vegas. (Chitose Suzuki / Las Vegas Review-Journal) @chitosephoto 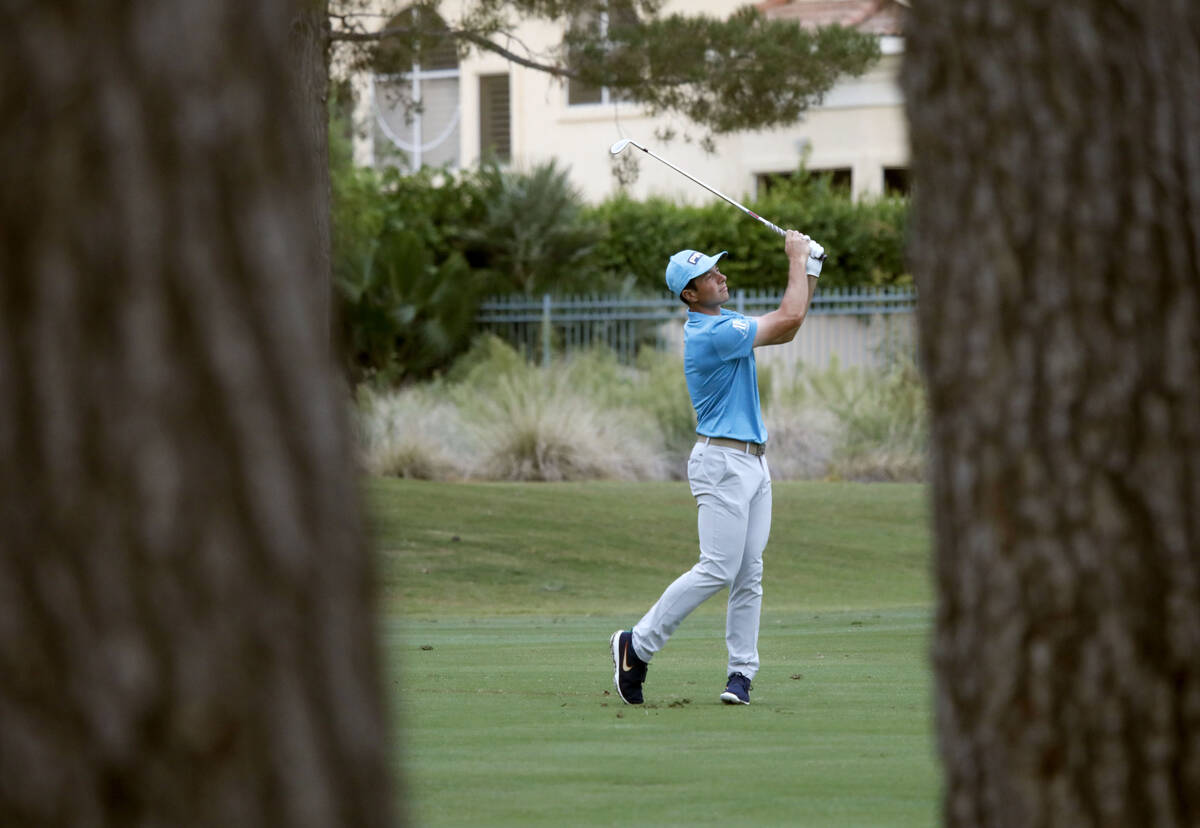 Viktor Hovland hits from the fairway on the 10th hole during the first round of the Shriners Hospitals for Children Open golf tournament, Thursday, Oct. 7, 2021, in Las Vegas. (Chitose Suzuki / Las Vegas Review-Journal) @chitosephoto 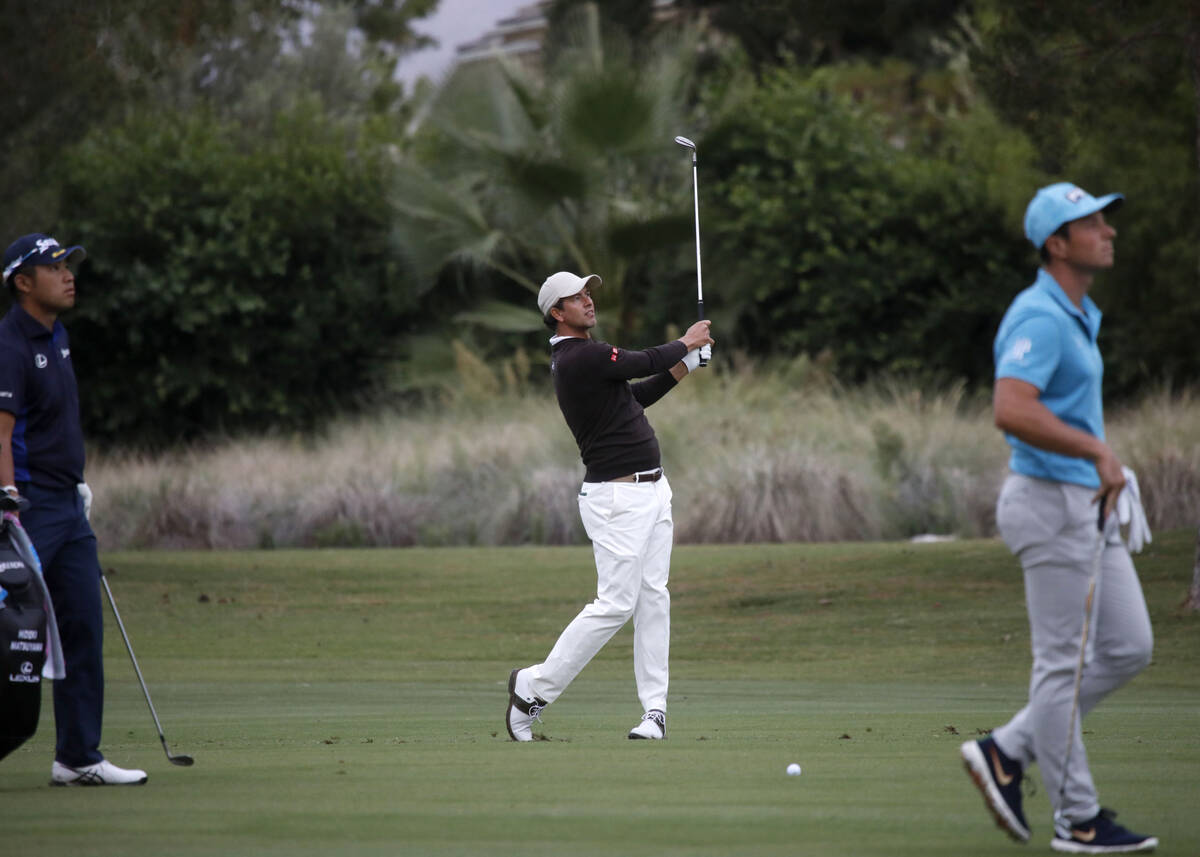 Adam Scott, center, hits from the fairway on the 10th hole during the first round of the Shriners Hospitals for Children Open golf tournament, Thursday, Oct. 7, 2021, in Las Vegas, as Hideki Matsuyama, left, and Viktor Hovland, right, watch his shot. (Chitose Suzuki / Las Vegas Review-Journal) @chitosephoto

The alarm clock went off early Thursday for Adam Schenk, who had the first tee time of the day at 6:40 a.m. at TPC Summerlin. The early wakeup call was worth it.

Schenk shot a bogey-free 64, putting him in the thick of the Shriners Children’s Open lead. And he did it with an abbreviated warm-up session.

“When it’s that early, it’s not even light outside,” he said of his pre-round preparations. “It’s a little tough warming up in the dark, but everyone’s doing it, they’ve got spotlights, and with the sky this morning, you could really actually see the ball throughout the entirety of the shot.”

The mistake-free round did not come without its distractions, however.

“I thought about that afternoon nap a lot,” he said.

Viktor Hovland is at the Shriners Children’s Open, starting his new season less than two weeks after being part of the losing European team at the Ryder Cup.

The depression from that defeat, however, it didn’t take long for the Norwegian star to shake it off.

“It went over pretty quickly because it wasn’t, obviously, that close,” Hovland said after his opening-round 67. “If it came down to one putt that I missed or something, that would have been tough to get over, but we got beat by the better team and that’s how it goes sometimes.”

Shot of the day

Playing in the morning wave, Hayden Buckley delighted about two dozen spectators with an ace on the 176-yard 17th hole.

Buckley hit an 8-iron that landed about 6 feet short of the hole, took one hop and dropped. It was his fifth career hole-in-one, the first in competition. He also made one last week during a practice round in Mississippi, and had another in college on a par 4.

Making the most of it

Pendrith shot a 66 and Hodges a 67 on Thursday after a wild week that saw them move from alternates Friday, into the field Saturday after some withdrawals, then back out Sunday when three players not in the field finished in the top 10 at the PGA Tour stop in Mississippi, giving them priority.

But when Kevin Na and Brendon Todd withdrew Wednesday, Pendrith and Hodges were back in for good.

Las Vegas’ David Lipsky wasn’t so lucky. As the top alternate, Lipsky spent Thursday on the grounds waiting to see if one more withdrawal would open up a spot for him. That, however, did not occur. 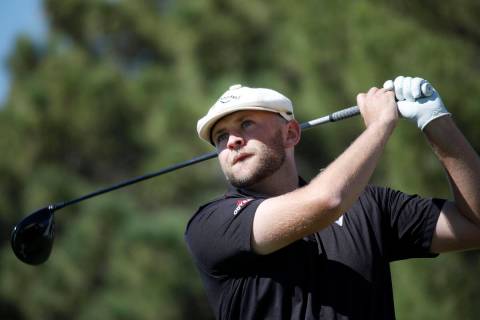 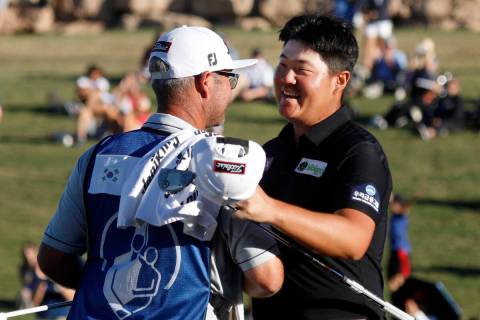 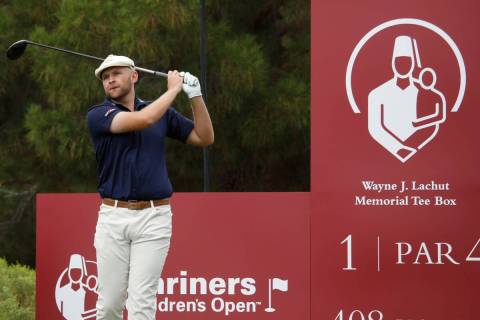 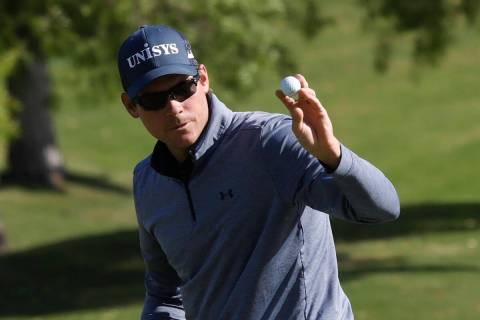 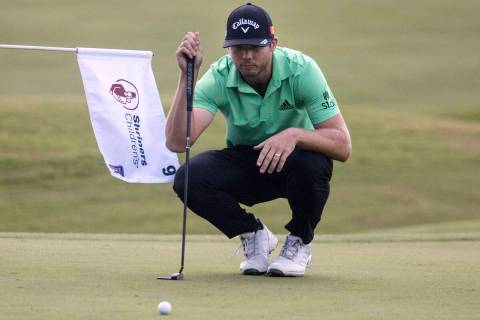 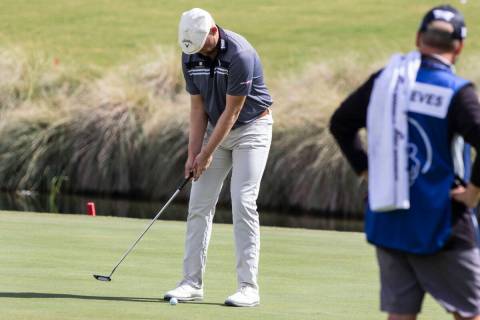 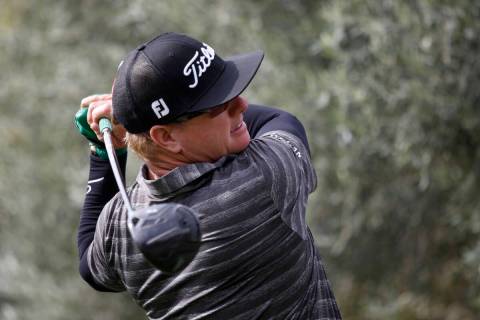 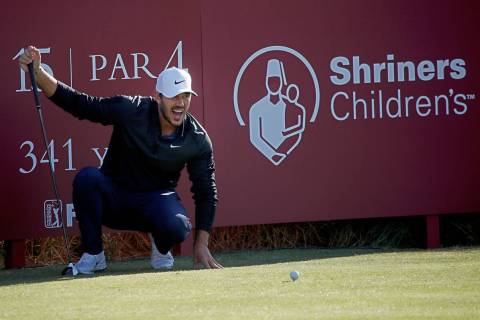