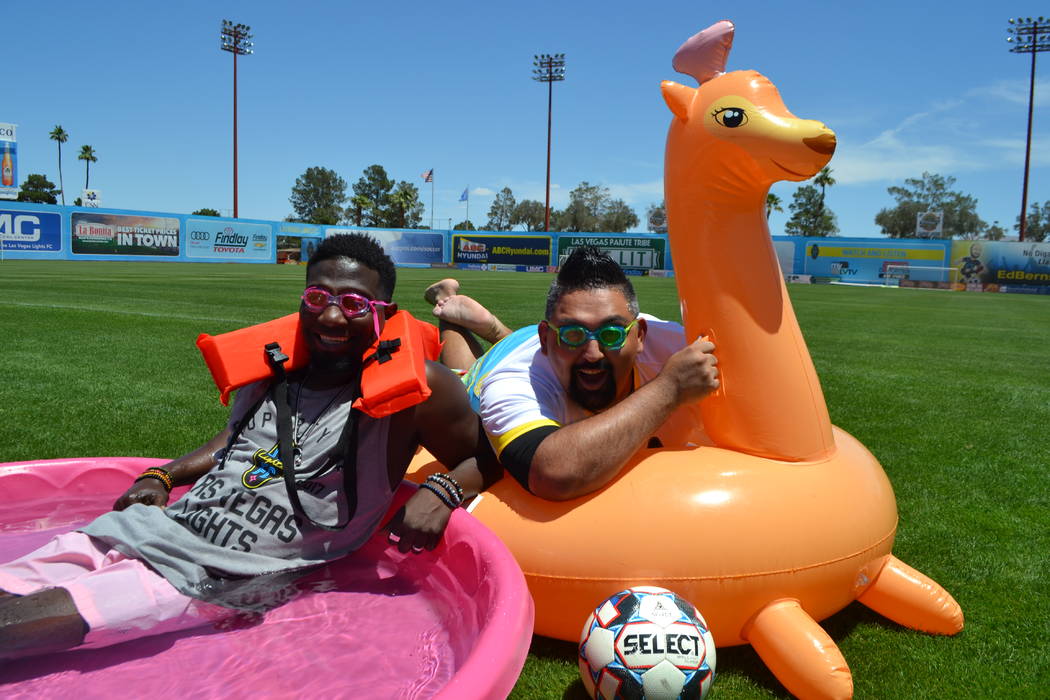 The Lights FC again have dipped into their bag of promotion tricks, but this one is much cooler for fans.

The Lights are to set launch a Pitchside Pool Party at Cashman Field on Saturday night, featuring multiple five-foot diameter “swimming pools,” otherwise known as kiddie pools, which include bench stools, beach towels and even pool inflatables — Llamas get to chill, too.

“I don’t know too much about it,” goalkeeper Thomas Olsen said, “but I do know that I want to be in there.”

Each pool rental costs $50 and allows up to five individuals. Tickets are separate. Reservations can be made at LightsFC.com/PoolParty