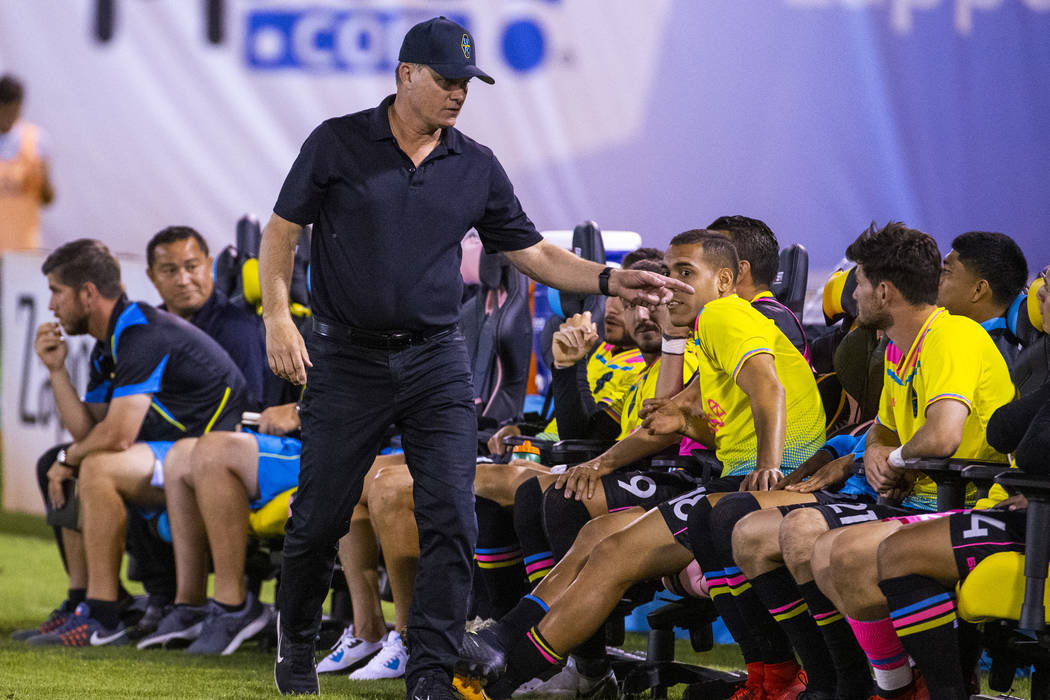 Las Vegas Lights FC head coach Eric Wynalda has a few words for a player on the bench during their game versus the Orange County SC at Cashman Field on Saturday, June 8, 2019, in Las Vegas. (L.E. Baskow/Las Vegas Review-Journal) @Left_Eye_Images 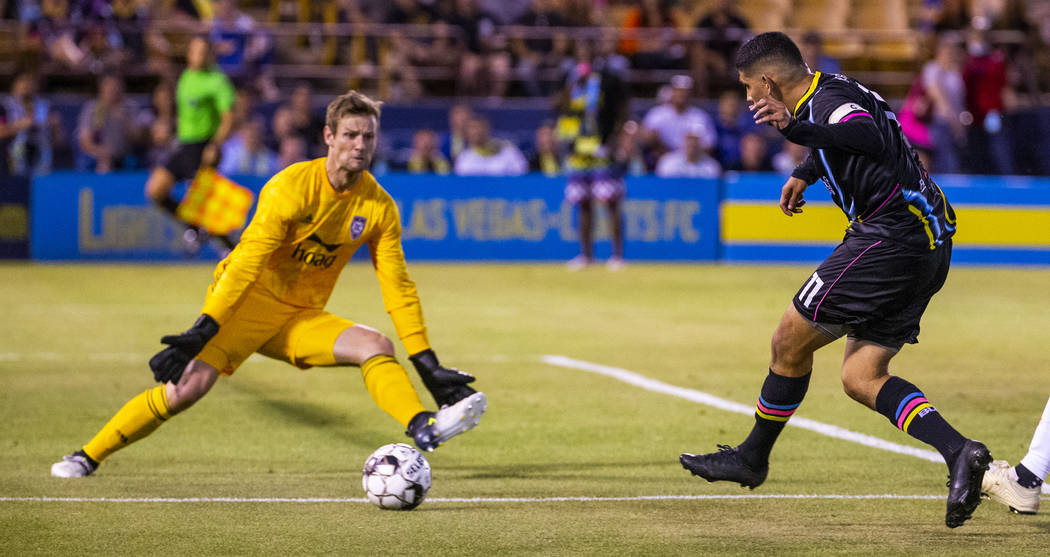 Goals have been hard to come by for the Lights FC.

The team’s drought reached its lowest point before a 1-1 tie with Orange County SC on Saturday.

The Lights had failed to score since April 20. That changed when Irvin Raul Parra scored for the team’s first goal in its past four games.

Parra, the team’s leading scorer with eight goals, has been suspended for his reaction to that goal and his actions on Instagram, according to coach Eric Wynalda.

The suspension comes at a time when the Lights are in 14th place and facing Western Conference leader New Mexico United on Saturday at Cashman Field. The Lights have scored 13 goals at home and five on the road.

Those around the team blame the drought on missed opportunities, lack of patience, bad luck, increased turnovers and players transitioning to Las Vegas. But the bottom line is the team is in a rut.

“Internally, externally, and I’m not making excuses for the guys, but the focus hasn’t been there,” Wynalda said. “And, if you want to call it uncertainty, it’s just been one of those scenarios where we’re not playing free and our heads aren’t free and, because we were conceding so many goals, it totally went back.

“Every team goes through this little drought,” he said. “We’re confident the goals are going to come next game.”

Goalkeeper Thomas Olsen, a Bishop Gorman product, has seen it from another perspective and said the drought is a “mixture of things.”

“I think we’ve been a bit unlucky in a few games,” he said. “This league is not easy to score, and I think a lot of the goals that you see around the league are not necessarily the most beautiful goals, they’re more hard goals.

Assistant coach Auggie Rodriguez said the Las Vegas lifestyle might be getting to some of the players. But he said it also might have been the extra weekday games in the U.S. Open Cup, in which the Lights went 1-1 and scored five goals.

“Playing three games in a week just wears down the body, and a lot of the guys were just fatigued and the weather changes,” Rodriguez said. “It’s a lot of fishes that a lot of people don’t think about.

Wynalda hopes someone else will step up with Parra suspended.

“Jose Villareal has been training well and looking good,” he said, “and Santiago Echavarria has been patient. That kid can score goals, and he’s going to get his chance.”