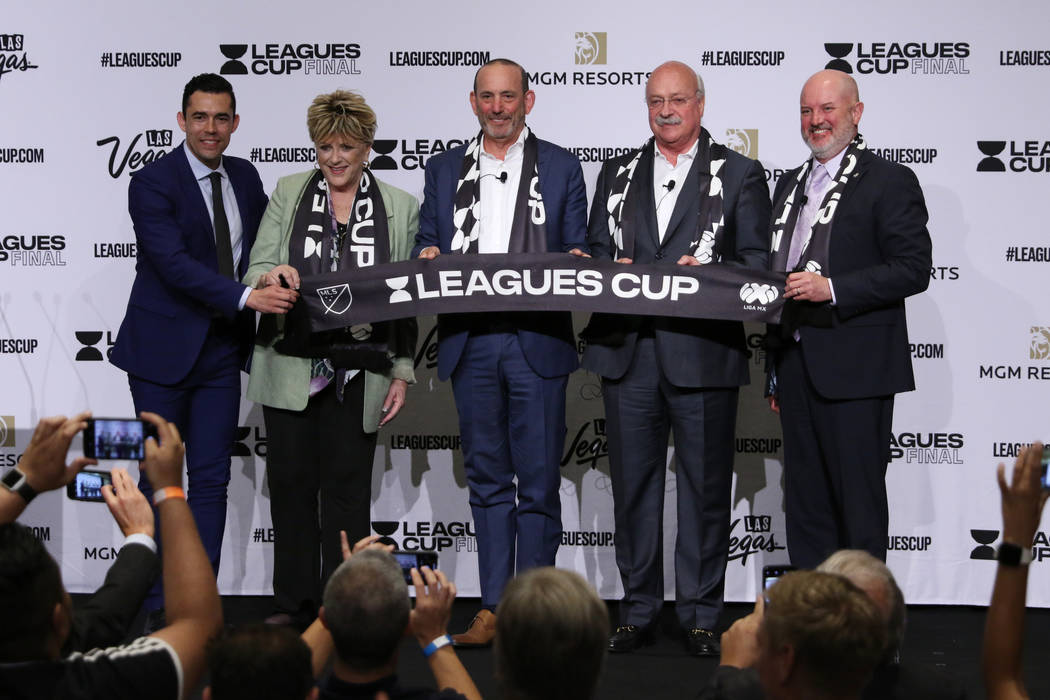 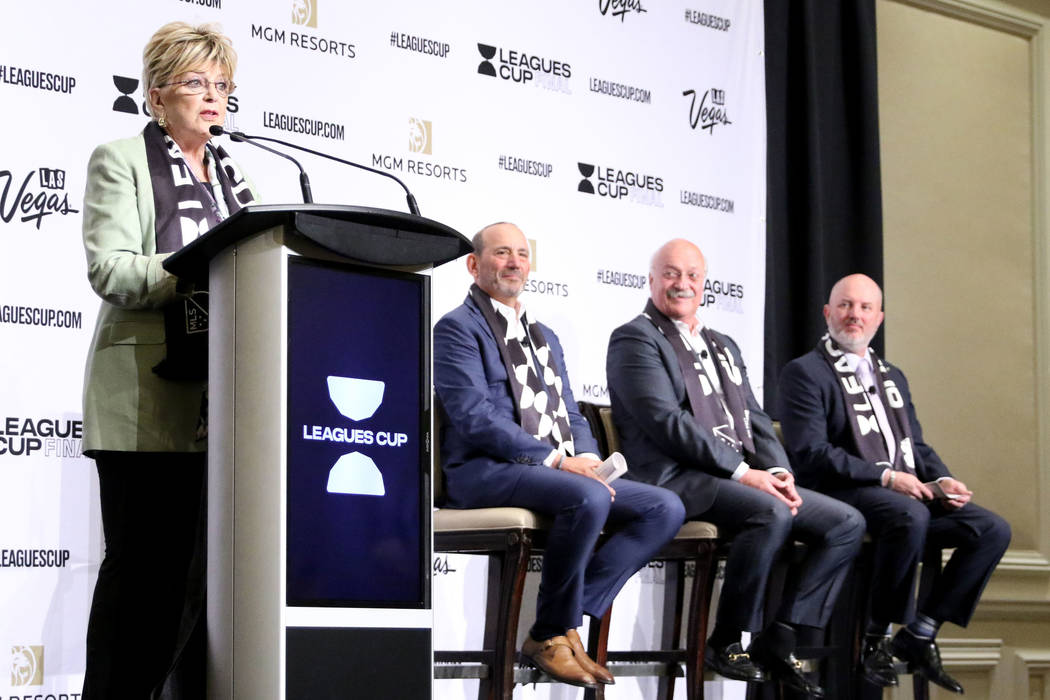 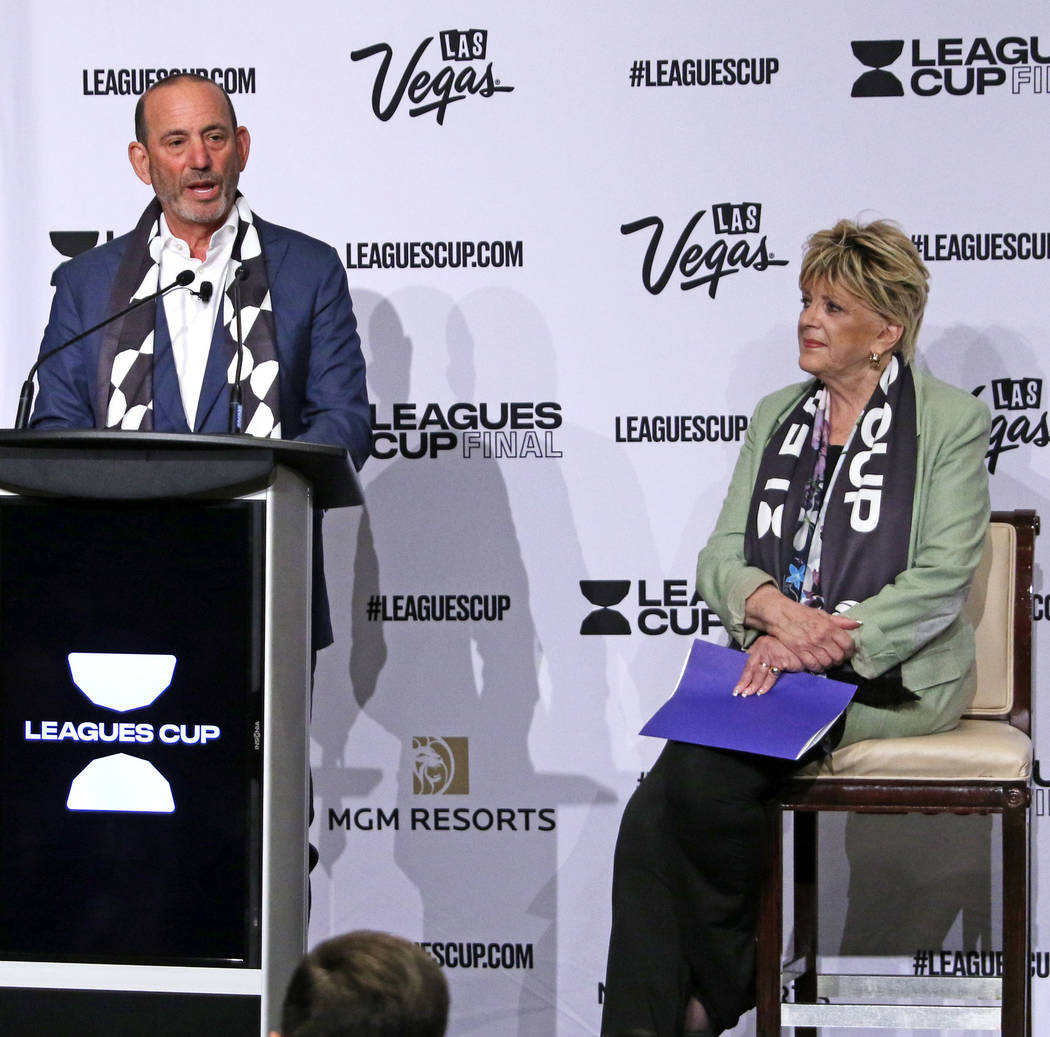 The Las Vegas High School product and ex-U.S. men’s national team forward asked Garber to blink if Las Vegas was getting an expansion franchise, but the wily commissioner opened his eyes wide and refused to offer any hints.

It was part of a balancing act Garber performed well at the Bellagio on Thursday during a news conference announcing the Leagues Cup featuring MLS and Liga MX was coming to Sam Boyd Stadium in September. He confirmed the league has interest in Las Vegas as an expansion candidate but didn’t give away whether a team will eventually come.

“I will say that Las Vegas is a great sports city,” Garber said. “I feel that much more so today than I did 10 years ago when the leagues were more hesitant to have teams here. The best thing I can say is we’re going to continue working with the various groups that have come up and have interest in representing an expansion opportunity.”

There are two competing efforts trying to bring MLS to Las Vegas. City officials are currently in a 180-day negotiating window that began June 5 to build a new stadium downtown with project manager The Renaissance Companies Inc., backed by billionaire Seth Klarman.

Golden Knights owner Bill Foley also has talked to MLS about a team that would play in Las Vegas Stadium, future home of the Raiders, or elsewhere.

Las Vegas Mayor Carolyn Goodman said Thursday negotiations are “moving forward” with The Renaissance Companies Inc. The Knights said Thursday they remain interested in acquiring a franchise and their talks with MLS are ongoing.

Garber said “all things being equal” the league would prefer an expansion proposal that included a soccer-specific stadium.

“We’re in the business of having homes that are dedicated to our sport and to our players,” Garber said. “(But) you never say never. Each individual city has got its own unique dynamic. All things being equal, soccer stadiums are great.”

MLS has 27 teams (including confirmed expansion teams) and plans to grow to 30, although Sacramento and St. Louis have the inside track for teams 28 and 29. That leaves Las Vegas to fight with cities like Charlotte, Phoenix and Detroit for the final spot.

Garber said he does not have a timetable as to when he would like to get to 30 teams. Charlotte is in hot pursuit though thanks to the NFL’s richest owner, David Tepper of the Carolina Panthers.

Panthers president Tom Glick, who helped launch the MLS expansion team New York City FC in 2015, said at a Tuesday news conference he and Tepper will meet with MLS officials in New York in the “coming week” and also at the league’s All-Star game on Aug. 1.

“I think it’s very clear to Major League Soccer executives, the commissioner and the owners that we have an interest,” Glick said Tuesday. “We have a great case, a very strong case.”

Despite that, Garber made it clear Thursday that Las Vegas is still in the mix. But it remains unknown when a decision will come.

“I think it really is will the market support the team to the level that we expect to ensure our league can grow and have popular teams that matter and are relevant in the community?” Garber said. “A lot of that is based on ownership, and that’s combined with the venue and then the support from the public sector and obviously, but not least importantly, what kind of fan support (we get).”