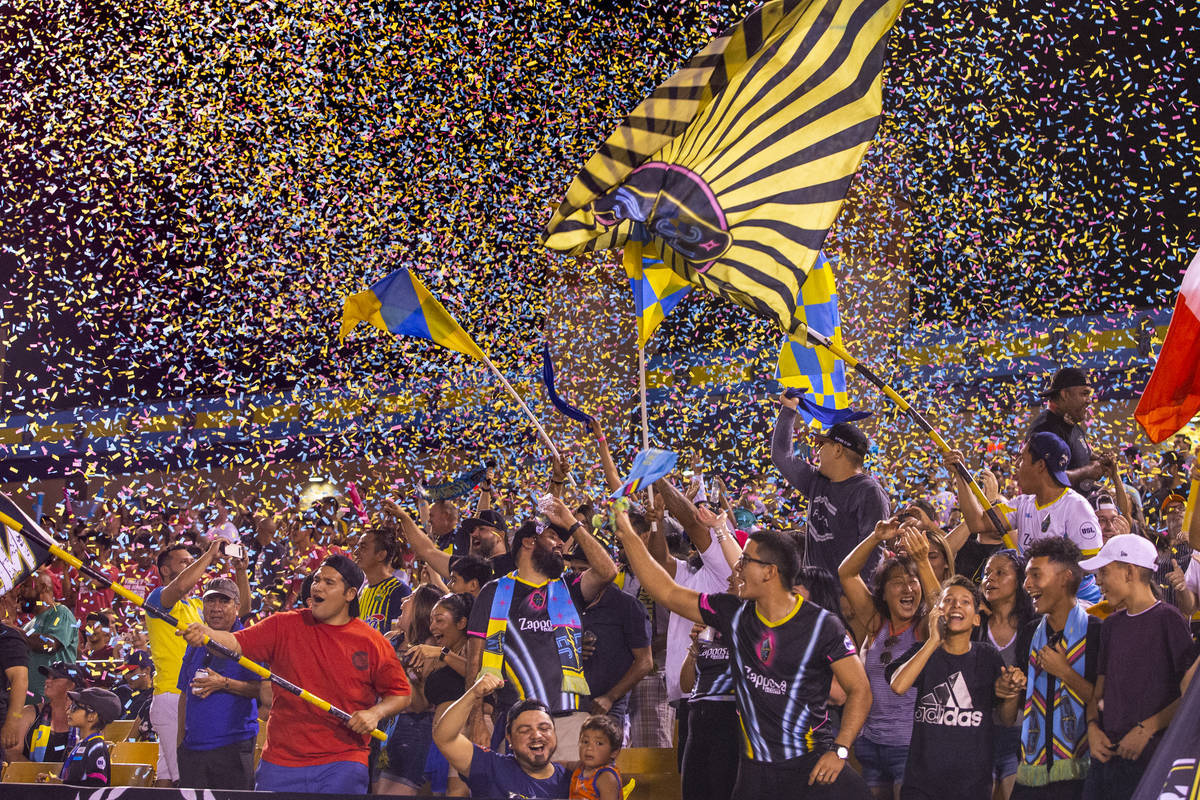 When the Lights FC kicks off its home opener against the Reno 1868 FC on Aug. 1, fans will be allowed inside Cashman Field.

Because of current restrictions on fans attending sporting events in-person, the United Soccer League team will be placing oversized cutouts of fans throughout Cashman Field, the team announced Thursday.

“Obviously this season wasn’t what we originally planned, but we are going to do our best to make the best of a bad situation,” Lights owner Brett Lashbrook said in a statement.

For $30 ($20 for season-ticket holders) fans can purchase their cutout at LightsFC.com/CutOut. Proceeds will be donated to the Mayor’s Fund for Las Vegas LIFE to help local charities in the fight against coronavirus. Once allowed back into Cashman Field for home matches, those fans will be offered to keep their cutout.

Many Major League Baseball teams are doing a similar promotion beginning next week, when its regular season begins.

“We fully understand the governor’s reasons for not allowing fans currently,” Lashbrook said, “but this provides a fun solution for us to still find ways to include our fans this season.”