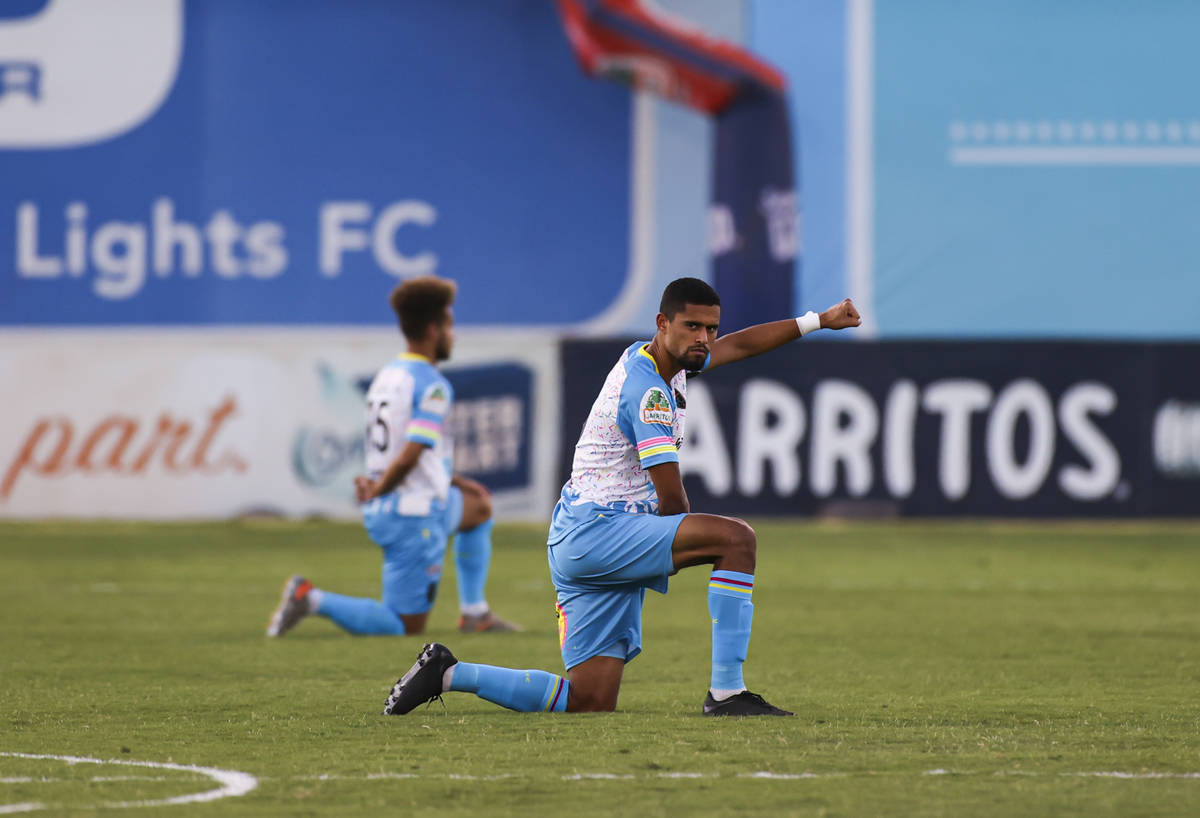 Las Vegas Lights FC's Javan Torre raises his fist as the national anthem is played before the start of a USL soccer game against Reno 1868 FC at Cashman Field in Las Vegas on Saturday, Aug. 1, 2020. (Chase Stevens/Las Vegas Review-Journal) @csstevensphoto 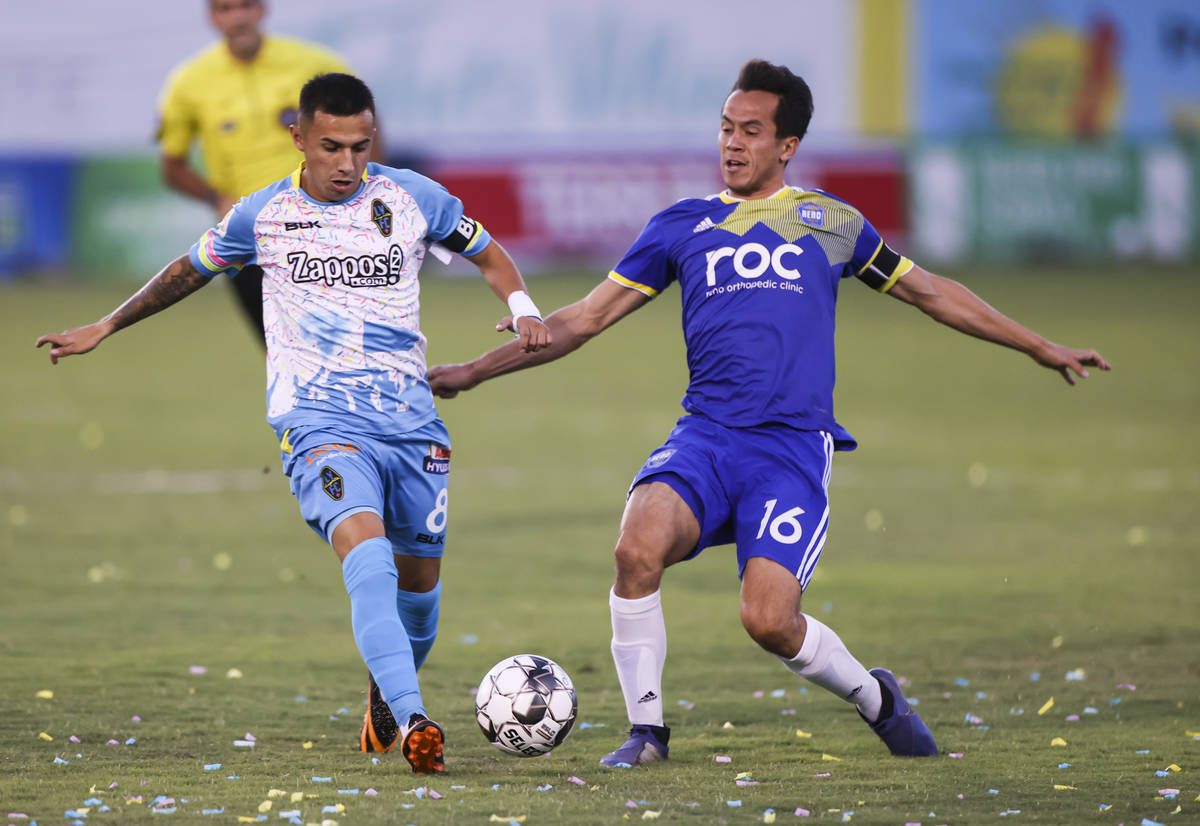 The Lights FC returned to an empty Cashman Field on Saturday for its home opener in the United Soccer League, losing 1-0 to the Reno 1868 FC in the sixth iteration of the Silver State Cup.

The Lights took the field wearing “United Against Racism” shirts, and players from both teams took a knee as the national anthem played. Lights defender and team captain Bryan De la Fuente said the message behind the demonstration was to continue bringing awareness to racial injustice.

“(Racism) has to be in the past. We’re in 2020, it’s long gone,” De la Fuente said. “We’ve got to respect each other, everyone is equal regardless of where you’re from, what your color is and your background. We’re all the same, we’re all human beings. That’s pretty much the message.”

De la Fuente also said it is important for the players to continue to spread the message in the community when the season is over.

In the 17th minute, 1868 defender Brent Richards scored the lone goal after a free kick from midfielder Christiano Francois.

“We had a lot of chances to score, and it’s very unfortunate we didn’t do that,” Lights interim coach Frank Yallop said. “It’s not from lack of effort or how we played.”

The Lights were the aggressor, getting 19 shots to Reno’s nine with 13 shots inside the box. Yallop liked the creation of opportunities.

“I thought the creating of chances was good; now it’s just a finishing touch to add to it so we can win the game,” he said. “We deserved to get something out of this match, whether it was a win or not, we didn’t deserve to lose the game.”

The loss keeps the Lights in last place in the USL Group B standings with one point. San Diego Loyal SC is first with 11.

The Lights return to Cashman Field on Saturday to meet the Loyal SC for the third time in four matches.