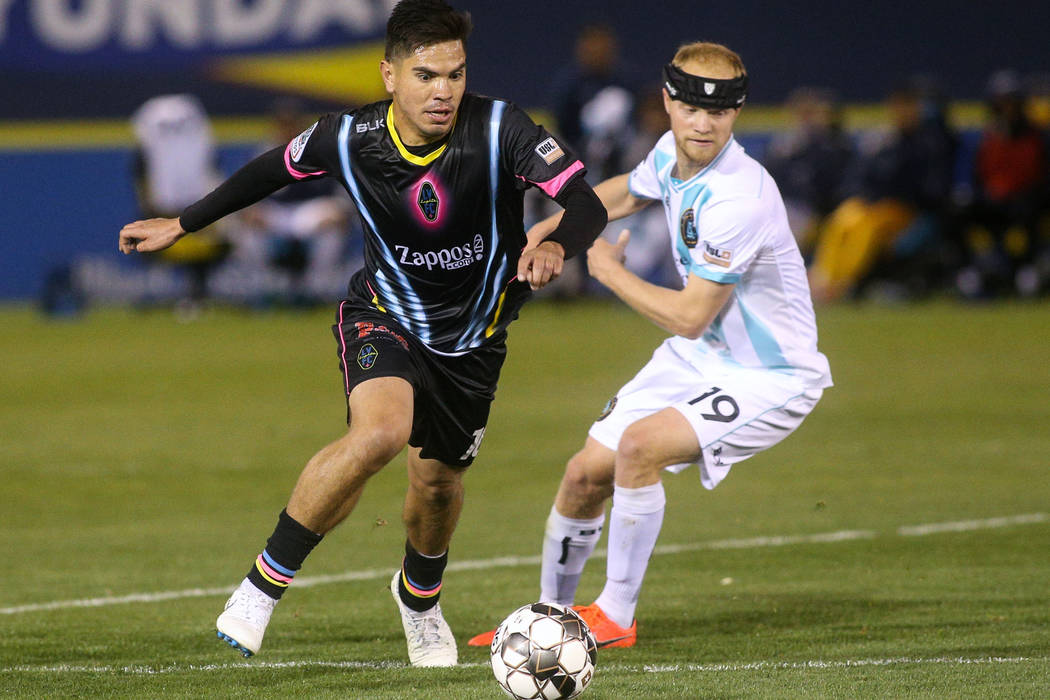 As the Lights FC makes their stretch run for a USL playoff berth, they are among the league leaders in two categories that could keep them home.

The club is tied for second in the league with five red cards and alone in second with 53 yellow cards — in 22 games.

“I think this a team that is learning what it means to be professional, at times,” coach Eric Wynalda said. “They’re many occasions where we have lost our nerve. … And, there other times, in just a very naive way gone into tackles that we shouldn’t have. That’s something that happens in the game.

”I don’t want to encourage my guys to stop playing hard. But, that’s a part of the learning process as a young player, to figure out what’s a foul and what isn’t.”

In the past four games, the team has been dealt all five red cards this season. Three Lights have collected three yellow cards and two starting defenders, Javan Torre and Gabe Robinson, hold four yellow cards.

Lights midfielder, Mobi Fehr, who is on his third yellow card, said, “I think it just shows that players are hungry and eager to get the W.”

“It’s hard to avoid a fifth yellow card. There are situations in games where you have to stop a short counter attack, and maybe get that yellow card on purpose to save the team. So, I personally don’t think about avoiding a card.”

While a yellow card is typically a slap on the wrist, in the United Soccer League a player who has accumulated five yellow cards must serve an automatic one-game suspension.

Both players will be forced to sit out next match versus Orange County SC (6-8-9) on Saturday in Irvine, California. They will be missed with the Lights playing six out of their last 12 games on the road — where they are 1-8-2 — while fighting for a playoff berth.

In those 12 games, the Lights, who are in 13th place, must face nine teams ranked higher than them.

The Lights are not known to proceed with caution, and Wynalda wants the team to remain aggressive.

“I just don’t think it was a yellow, and the referees are in the middle of their learning process, too.”