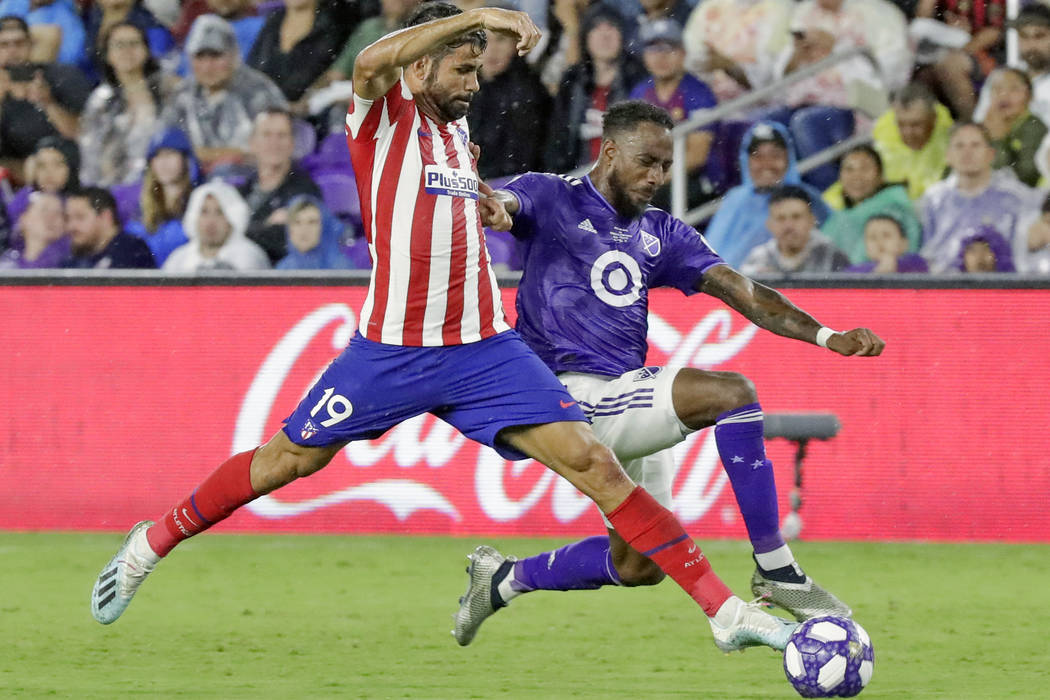 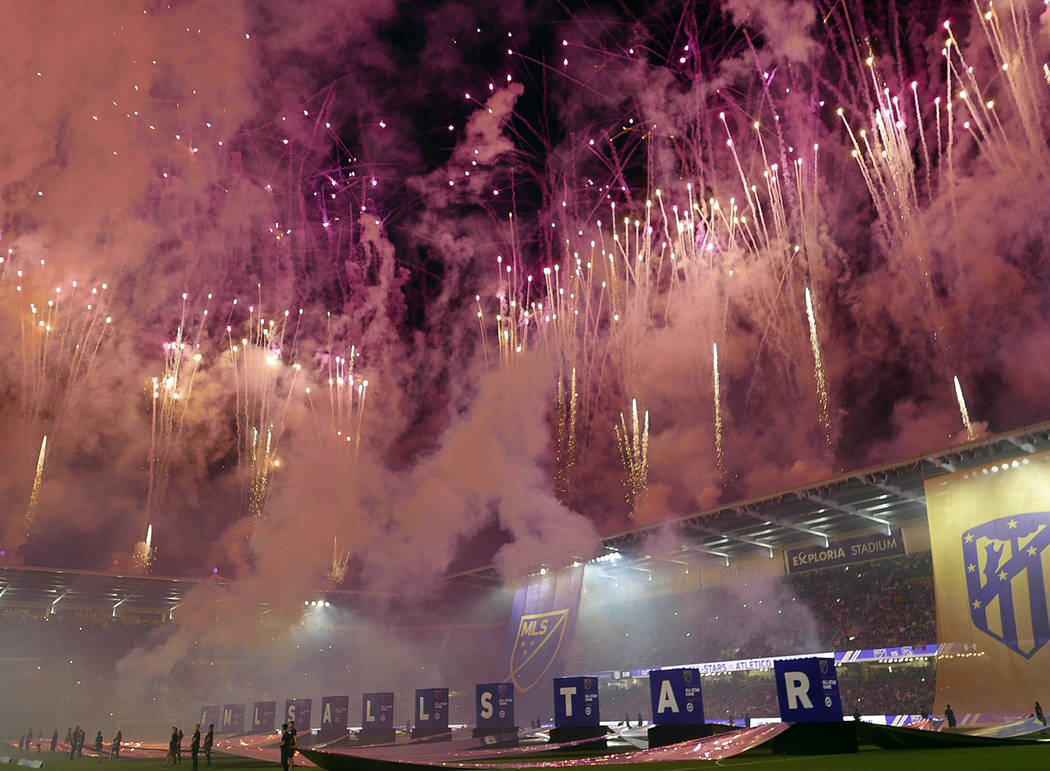 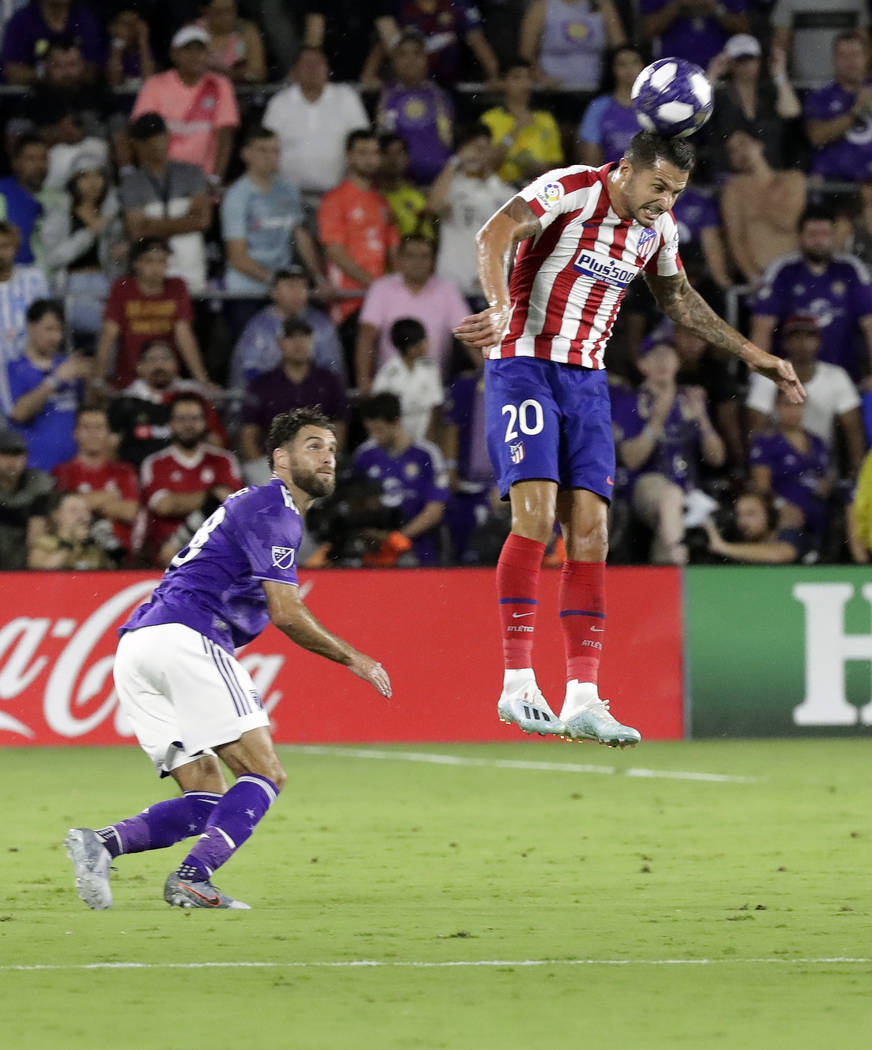 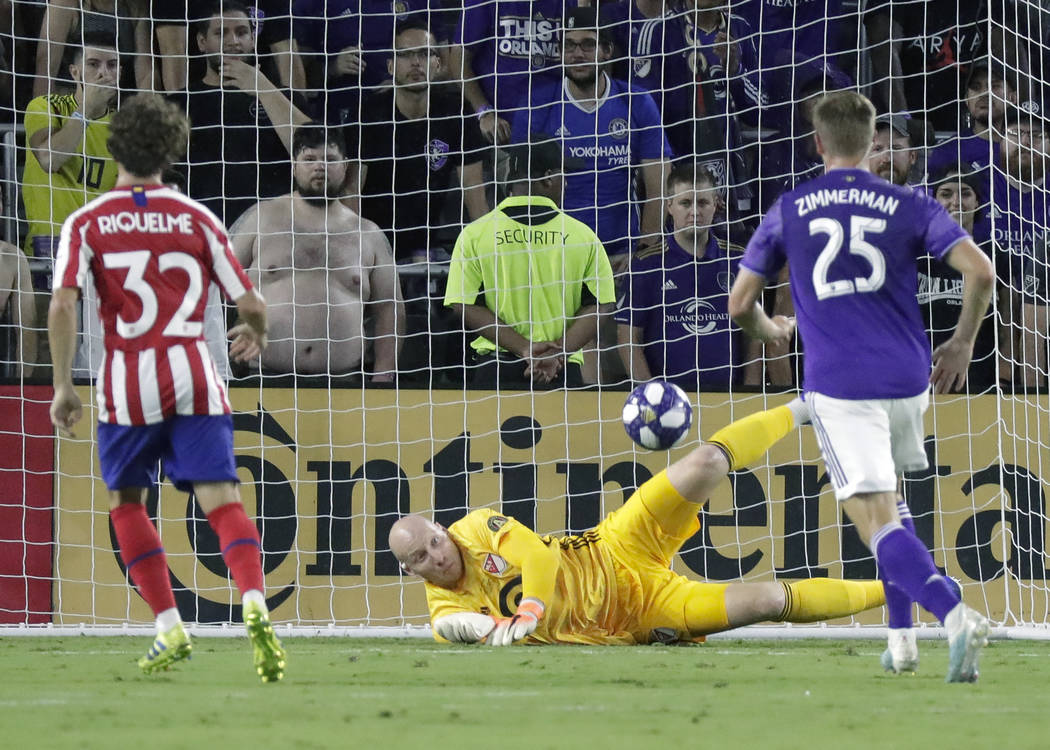 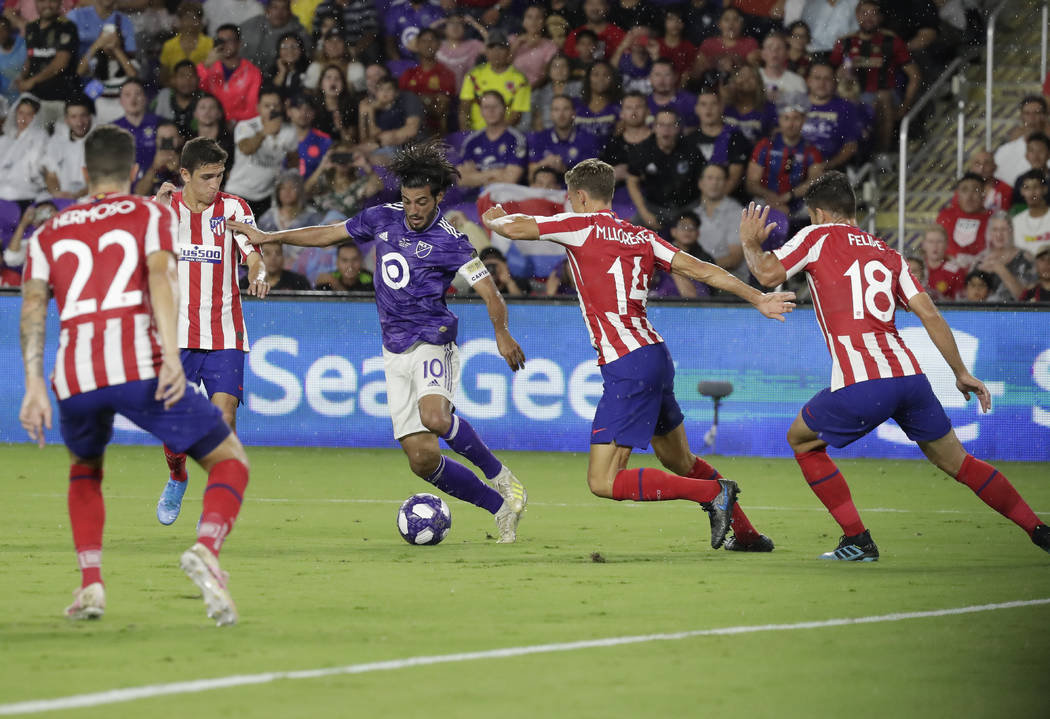 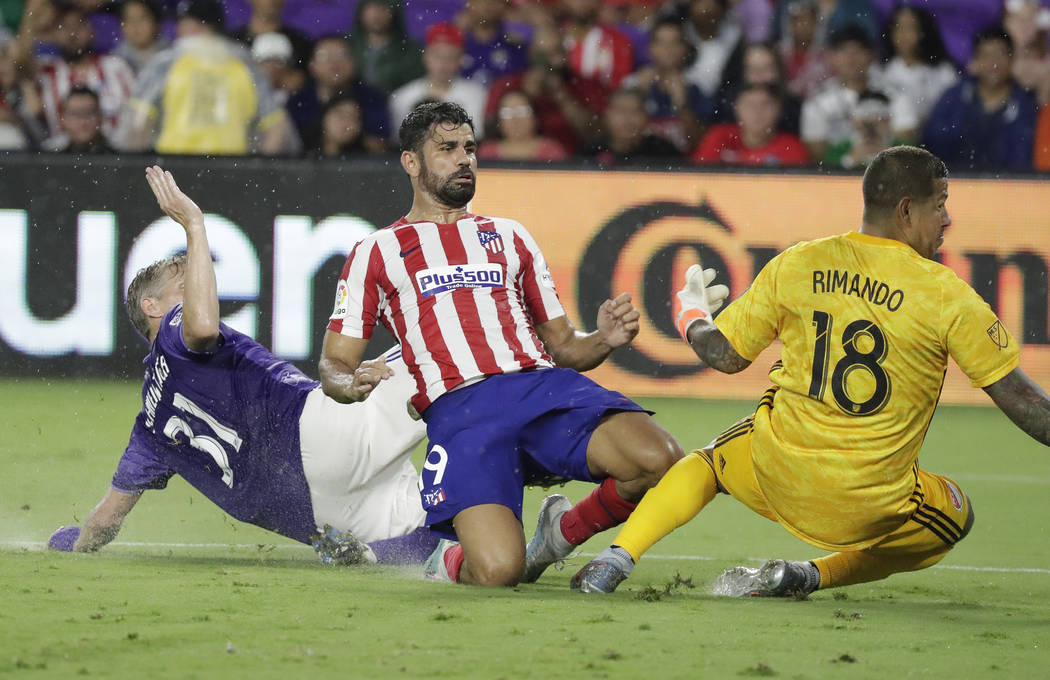 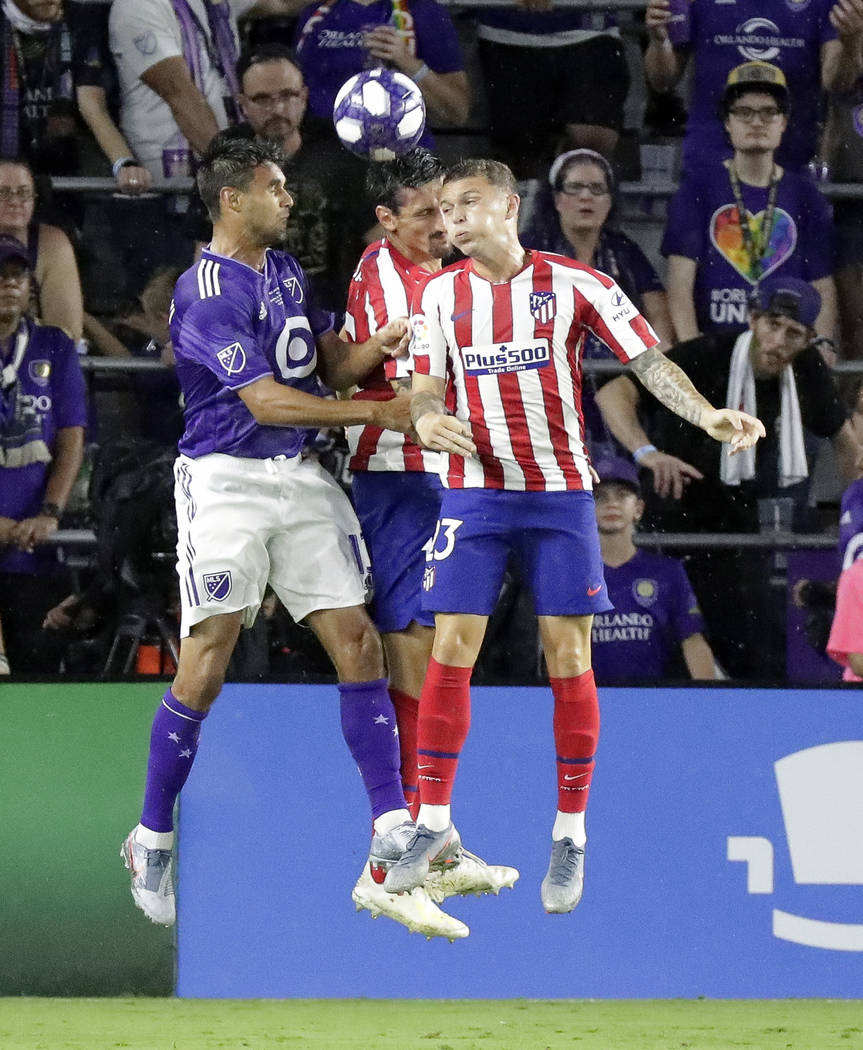 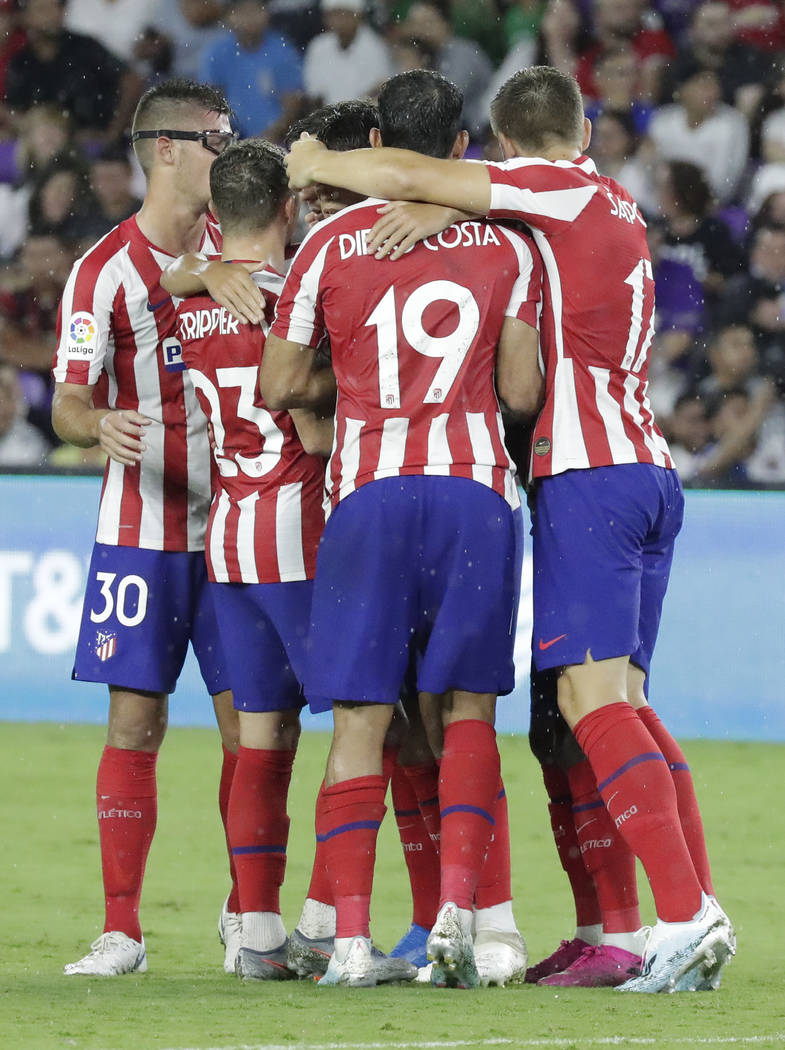 Atletico Madrid forward Joao Felix is surrounded by teammates after scoring a goal against the MLS All-Stars in a soccer match Wednesday, July 31, 2019, in Orlando, Fla. (AP Photo/John Raoux) 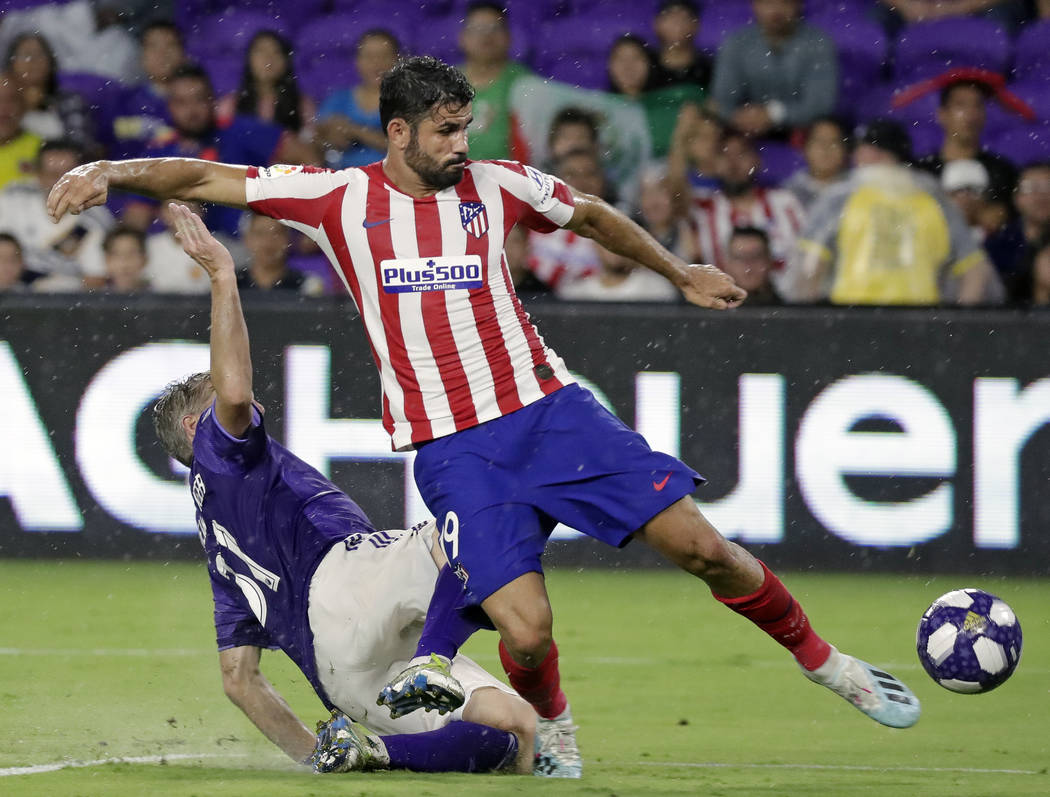 Atletico Madrid forward Diego Costa, right, scores a goal as he gets off a shot past Chicago Fire defender Bastian Schweinsteiger during the second half of the MLS All-Star soccer match Wednesday, July 31, 2019, in Orlando, Fla. (AP Photo/John Raoux) 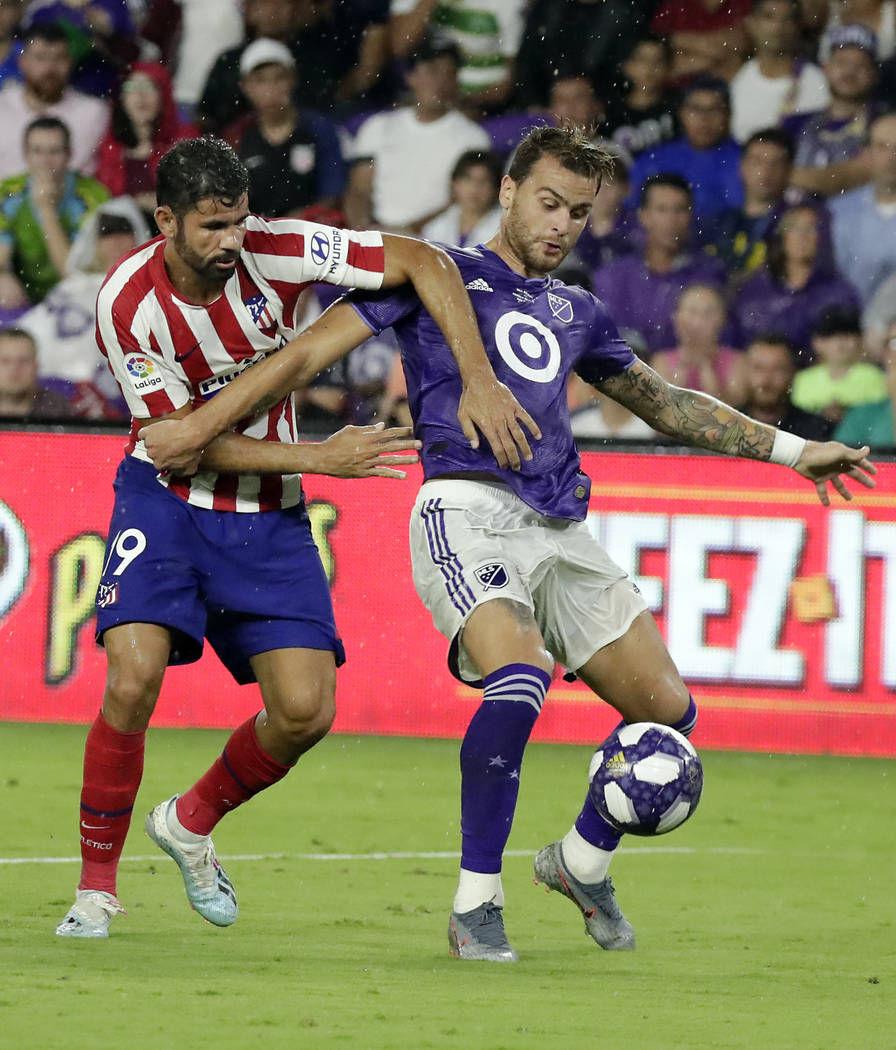 Representatives from The Renaissance Companies Inc., which is working with Las Vegas officials to build a new soccer-specific stadium downtown, attended Major League Soccer’s All-Star Week along with several other expansion hopefuls, according to a city spokesperson.

The company, backed by billionaire Seth Klarman, is one of two groups trying to bring an MLS expansion team to Las Vegas, along with Golden Knights owner Bill Foley. The Renaissance Companies Inc. declined to comment. The Knights said they were invited to the event but unable to attend.

Representatives from St. Louis; Sacramento, California; Charlotte, North Carolina; and other expansion markets also were at the festivities, which took place from Saturday through Wednesday in Orlando, Florida. ESPN reported Indianapolis, San Diego, Phoenix and Raleigh, North Carolina, also had officials in Orlando.

MLS currently has 24 clubs, but franchises will begin play in 2020 in Miami and Nashville, Tennessee, and 2021 in Austin, Texas. The league plans to add three more franchises.

MLS commissioner Don Garber said Wednesday on Fox Sports 1 the league is in “advanced” discussions with St. Louis but that there was not an expansion vote during the board of governor’s meeting in Orlando.

Garber also mentioned the proposals by Sacramento and Charlotte, which is led by Carolina Panthers owner David Tepper.

“David Tepper has got a very ambitious project,” Garber said. “I’m not sure where we go with it, but we’re excited about his efforts. We’re still engaged in Sacramento. Sacramento has done a wonderful job. Their owner there is working with us to see ultimately who’s going to be the 28th team, the 29th team and maybe who’s going to be the 30th team.”

Garber said there is no timetable for when the expansion teams might be selected.