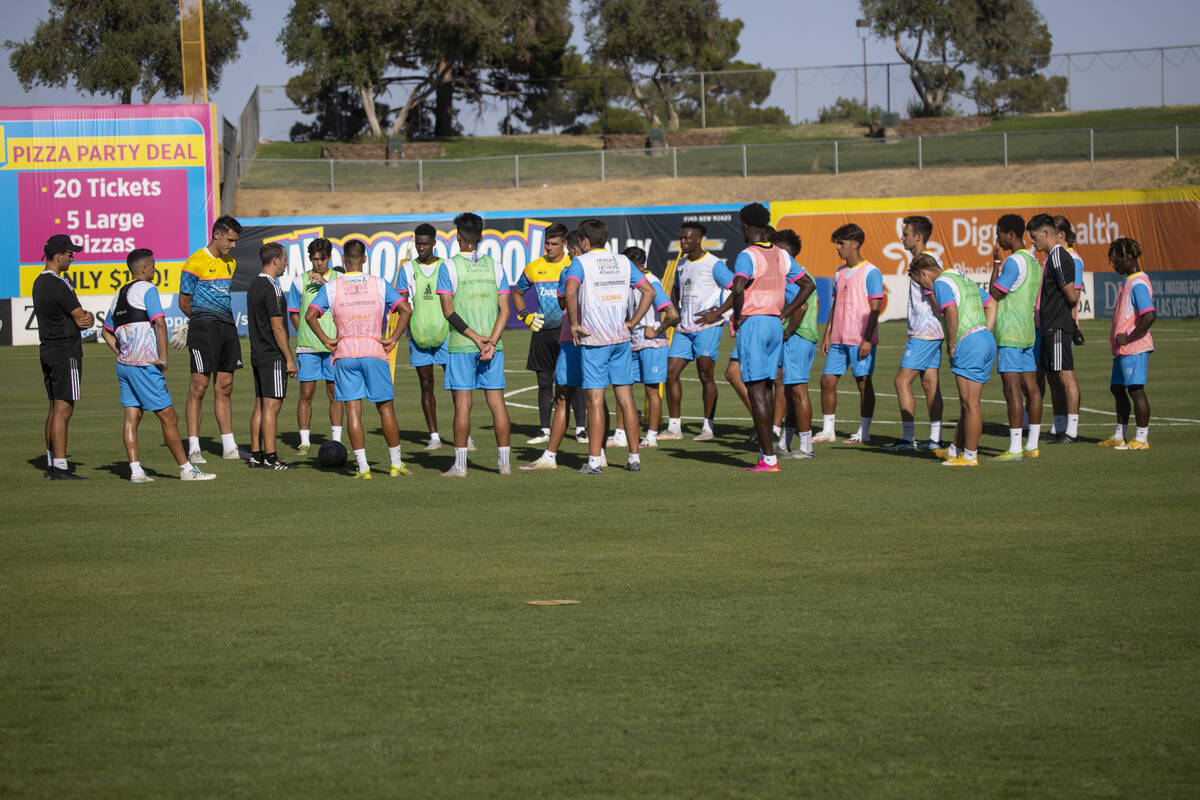 The Las Vegas Lights on Friday announced Enrique Duran as the club’s head coach for the 2022 season.

Duran worked under former Lights FC head coach Steve Cherundolo last year as an assistant and fills the vacancy after Cherundolo was selected to be the head coach of Los Angeles FC.

Before his time coaching in the United States, Duran, a native of Madrid, Spain, spent time working with FC Barcelona. Duran led LAFC’s U-13 academy program to a CONCACAF Champions League title in 2018.

Joining Duran’s staff will be assistant coach Steven Campos and goalkeeping coach Omar Zeenni. Both were a part of the Lights’ coaching staff last season.

The Lights made several additional announcements Friday in preparation for the upcoming season.

LAFC will remain as the team’s Major League Soccer club affiliate, coming to a one-year extension to its affiliation agreement after the previous agreement expired at the end of last season.

The Lights also announced its list of 10 players under contract with the club, including six returning from last year’s roster.

They are highlighted by forward Daniel Trejo, a 2021 MLS SuperDraft first-round selection, who returns after scoring four goals in 16 appearances. Midfielder Frank Daroma, the 2021 minutes leader, also returns to the club. He logged 2,599 minutes last season.

Additional player signings will be announced in the coming weeks.

Before their regular season, the Lights will play four pre-season matches. Their first will be Feb. 11 against USL opponent Sacramento Republic. All preseason matches are closed to the public.

The Lights open their 2022 season March 13 at New Mexico United, with their first home contest March 19 against Phoenix Rising at Cashman Field.

Lights FC season tickets start at $200 for the full season. More information can be found at LightsFC.com/Tickets.