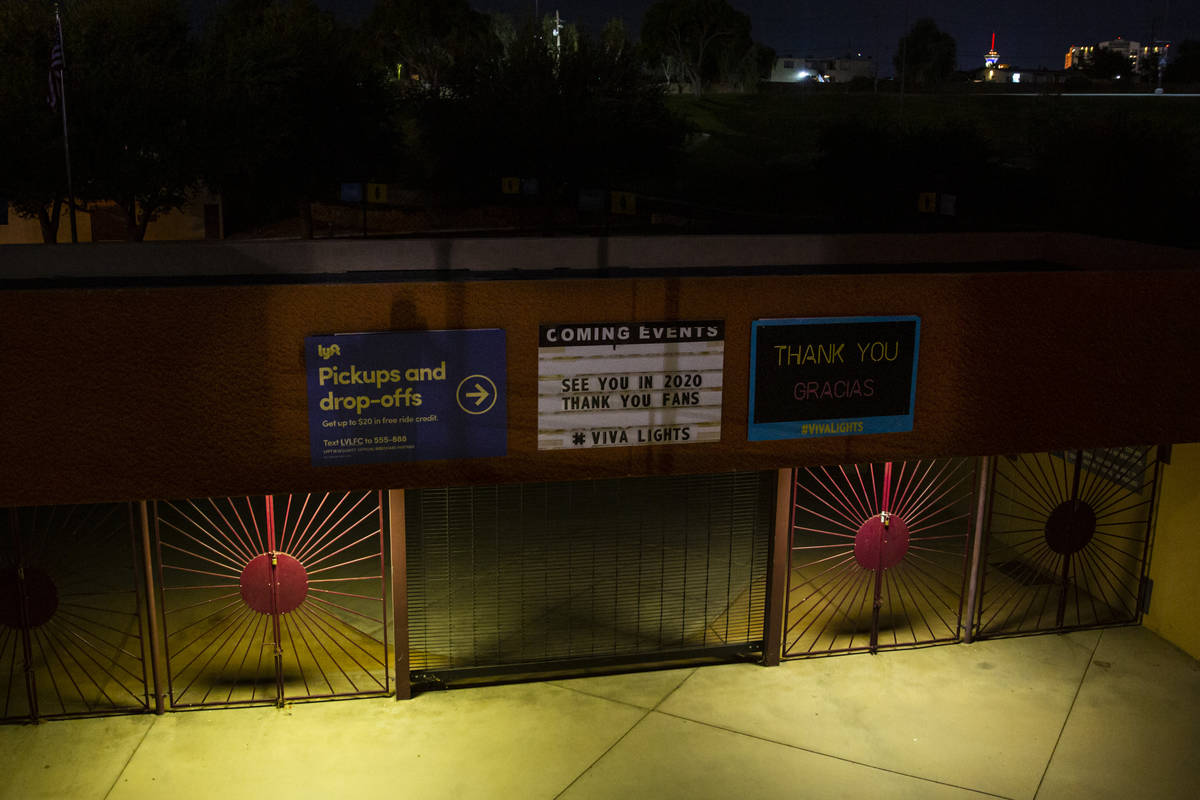 A quiet entrance gate at Cashman Field during the second half of a USL soccer game between the Las Vegas Lights FC and Reno 1868 FC in Las Vegas on Saturday, Aug. 1, 2020. (Chase Stevens/Las Vegas Review-Journal) @csstevensphoto

The Lights FC’s Wednesday match against the Tacoma Defiance at Cashman Field has been postponed after a Lights player tested positive for the coronavirus before Saturday’s home match against the San Diego Loyal SC, which was also postponed.

The match against the Tacoma Defiance was pushed back one week to August 19 at 7:30 p.m. Saturday’s postponed match has not been rescheduled.

“Lights FC continues to follow the United Soccer League Return to Play protocols which have been created in consultation with the USL Players Association,” the team announced Tuesday.

Due to laws regarding the Health Insurance Portability and Accountability Act of 1996 and an agreement with the USL Players Association, the identity of the Lights player will not be disclosed. The individual was immediately isolated at home Saturday and “remains in good spirits under the care of team physicians,” according to the team.

The Lights are scheduled to play Orange County SC on Saturday at Championship Stadium in Irvine, California.